An eye for countries and people

As head of the international sales network at Porsche, Barbara Vollert travels a lot all over the world. A portrait.

Opening of a Porsche Centre in China. Macan dealer presentation in South Africa. Investor conference in Barcelona: When Barbara Vollert looks back at the previous year in her office in Zuffenhausen, the whole world quickly seems very close. "What I love the most in my job is making contacts in many countries and cultures and always getting to know new people," says the Head of Sales Network Management and Development. She travels round the world for about one fifth of her work time – actually still too little, she adds. "But of course I have to look after many internal processes, strategic projects and my team in Zuffenhausen, which is about 70 employees strong."

Vollert is responsible for expanding and continuing to raise the professionalism of the international sales network comprised of Porsche importers and dealers. This is where "Porsche Business Excellence" (PBE) plays a central role. "PBE is a dealer optimisation campaign which we intend to implement throughout the world as part of our Strategy 2018," she explains. The goal is to continue to improve the performance of every single Porsche Centre (PC). "To do this, we deal with every PC individually on site in cooperation with consultants to select the measures which will best help any particular PC," she explains. Around 750 PCs all over the world received coaching by the end of 2014. "This had cost a lot of energy but all our dealers were enthused. This spurs me and my team on to further efforts."

This year, the enormous challenge is to ensure further growth of the trade volumes in a sustainable and profitable manner – which again means a lot of travelling for Barbara Vollert. "I want to know what is happening in the world and what the problems are. That's why I talk to importers, dealers and customers on site and I look at what the competition is up to." The sales expert travels quite a lot to China. "It's a large market and very dynamic," she stresses. And there are still many opportunities in the new car business. "Customers in China are constantly online with their smartphones. That's why "mobile business" and multichannel approaches are more important there than on established markets."

On all her business trips, Barbara Vollert always tries to keep an eye on the country and its people. "Last year, for example, I took a look at various PCs in South Africa," she relates. While she was travelling there, she was concerned by the field of tension between the slums on the one hand and the fascinating world of Porsche on the other. "It certainly makes you stop and think," she remembers. "Travelling really brings you down to earth." That's why she is always reminding herself of how good her life is and in what a great company she works, even when the going gets tough.

Barbara Vollert: "Life is too short to be grumpy."

Despite all her enthusiasm for Porsche and her job, Barbara Vollert allows herself some time off now and again. She prefers either to spend time with her family, on her Harley-Davidson – or under water. "The Maldives are my favourite," says the passionate diver who has already seen all possible species of fish. "Diving in a shark cage is still on my to-do list," she says, taking out her smartphone from her bag and showing underwater shots, one of which shows white sharks and people only centimetres apart. Such photos fill Barbara Vollert with fascination instead of fear.

Does she regard fearlessness as a success factor in her job? "As a manager, one should at least be assertive and have a thick skin," she says. She always tries to make consistent decisions, keep her promises and communicate transparently to the benefit of the employees under her direction. "I want to be a role-model." By this Vollert also means her positive attitude. "Basically I prefer to be in a good mood rather than in a bad one," she says with an winning smile. "Life is too short to be grumpy." 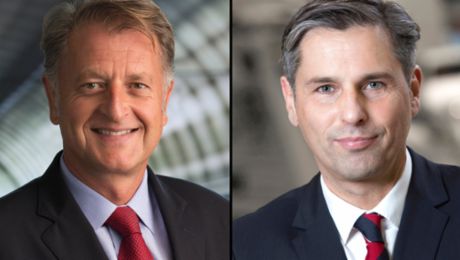 Porsche is intending to strengthen its sales organization. 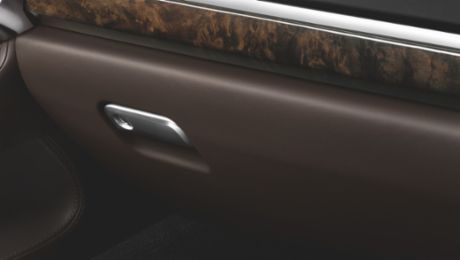