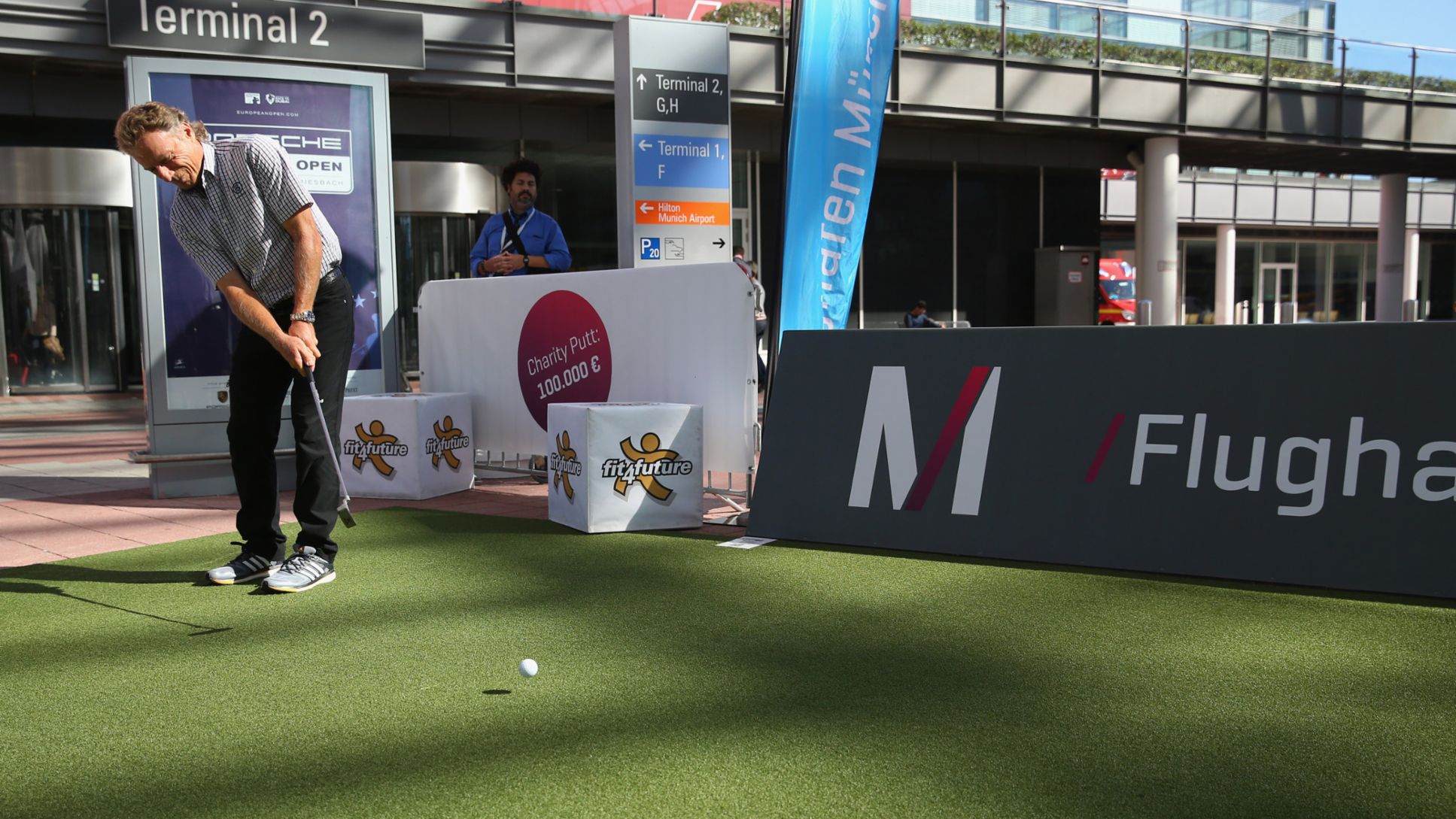 Bernhard Langer putts at the airport

They came, putted and were amazed: immediately after landing, the top golfers Bernhard Langer, Hunter Mahan and Graeme McDowell were soon wielding a club in Munich Airport as a part of the Golf & Kids Challenge.

The Porsche European Open in Bad Griesbach is making its presence felt in as far afield as Munich Airport. In the grounds hosting the Golf & Kids Challenge, young potential golfers in particular can get the feel of a fascinating sport. Awaiting visitors between the Porsche Kids’ Driving School and the Porsche Event Truck is a big sporting challenge. Four holes belonging to the Beckenbauer Golf Course, the venue of the Porsche European Open, have been replicated as oversized mini-golf holes and require a good eye for a ball. The crowning glory is however the world’s longest charity putt: after a donation of ten euro, anybody holing out from 60 metres with a single putt will win 50,000 euro – and a further 50,000 euro will be donated to the “Cleven Stiftung”, a foundation supporting the healthy development of children.

The superstars were not going to chicken out. After landing on German soil, the top golfers were soon unpacking their clubs. Germany’s golfing legend Bernhard Langer tried his hand at the super putt as did the Northern Irish Major winner Graeme McDowell and the multiple-winner on the US PGA Tour Hunter Mahan (USA). Unfortunately their balls did not drop but the trio’s enjoyment was obvious for all to see. “The fun way in which youngsters are being introduced to our sport is fantastic,” said Bernhard Langer.

Right up to the final day on Sunday, passengers and visitors to the Munich Airport have the opportunity to try their hand at golf. Up until then the stars will be looking to pursue their trade successfully in Bad Griesbach. “For me it’s an honour to be a part of the Porsche European Open,” said the American Hunter Mahan ahead of his debut on the European Tour. And Graeme McDowell remembered great competitions in the past: “For a long time, the European Open was one of the great tournaments. That it’s back on the calendar and with Porsche as the main sponsor is especially pleasing for me as a Porsche fan. It’s going to be an exciting week.” Bernhard Langer was of the same opinion: “Congratulations to Porsche. To revive the European Open and to do it in Germany is absolutely fabulous.” 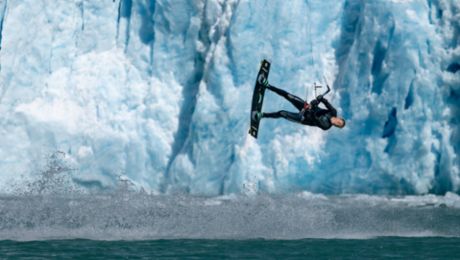