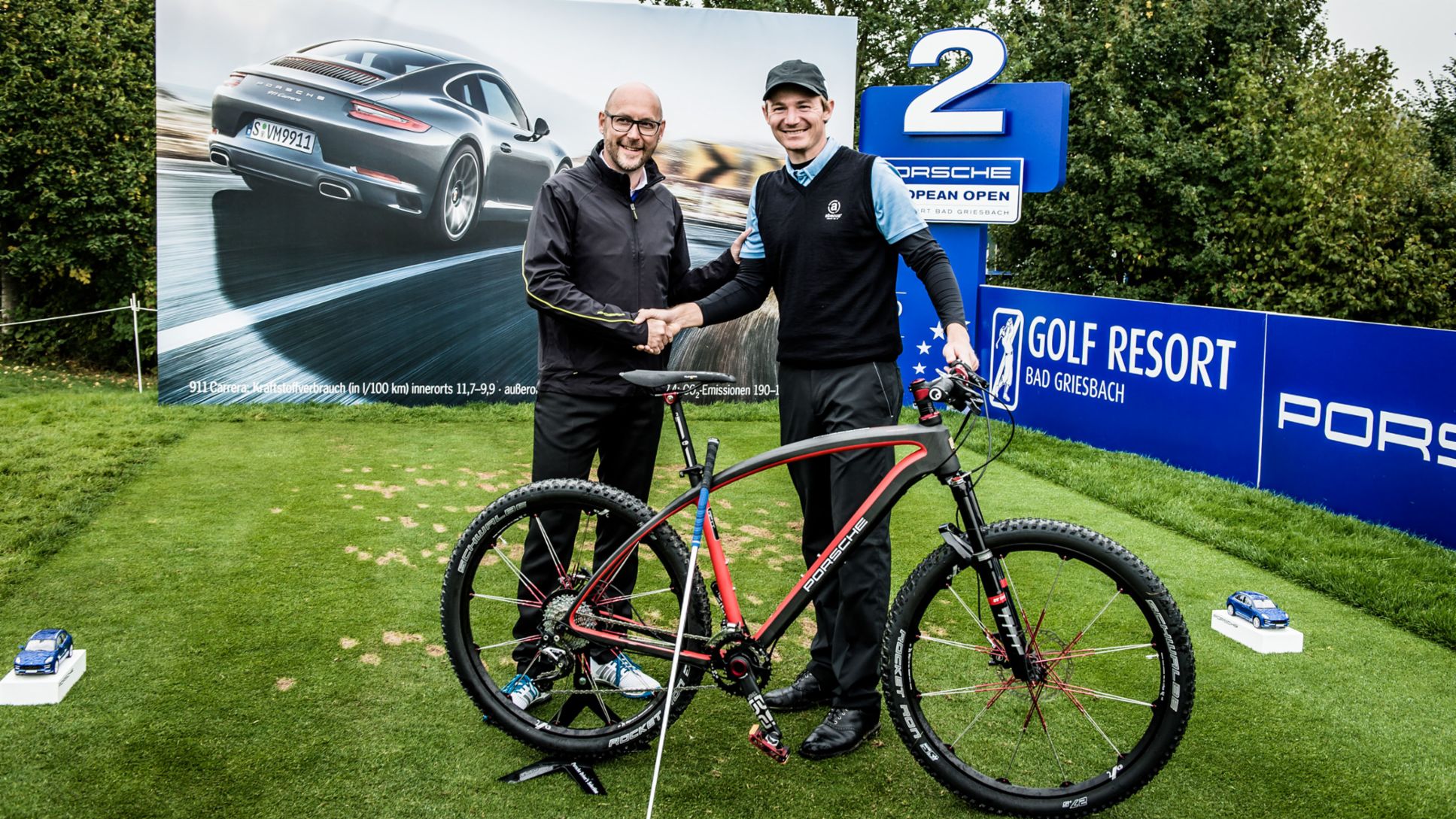 The ace of the danish golfer at the Porsche European Open is rewarded with a Porsche Bike RX.

Saturday’s play at the Porsche European Open in Bad Griesbach started with a bang when Lasse Jensen aced the 170-metre par three second with a six iron shortly after 9 o’clock in the morning. It is the Dane’s sixth hole-in-one to date but he has never won one of the valuable special prizes that normally go with the shot.

He once again performed the feat on the wrong hole in Bad Griesbach as the main prize – a new 911 Carrera Cabriolet in graphite blue metallic – for an ace is only up for grabs on the 17th. “My fellow players have already been taking the mickey out of me,” said Jensen afterwards, “because I’ve done it yet again on the wrong hole.”

Title sponsors Porsche nevertheless wanted to recognise the achievement and presented the Dane with a two-wheeled Porsche on the second hole – a Porsche Bike RX belonging to the Porsche Driver’s Selection. The high-tech bike with a carbon frame and hydraulic disc brakes only weighs ten kilos.

“It’s very nice of Porsche,” said the grateful Jensen, “I live in Copenhagen where cycling is popular. I’ll definitely be using it.” However Jensen also made it clear that he had not given up on his big dream. “I’ve still got a chance on the 17th,” he said, “I’ll win the 911, put the bike in the back and drive home. 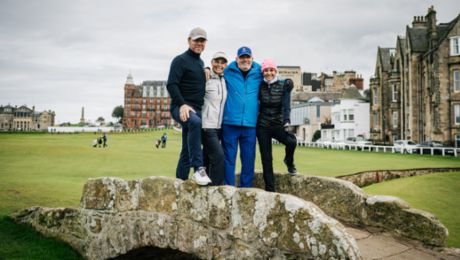