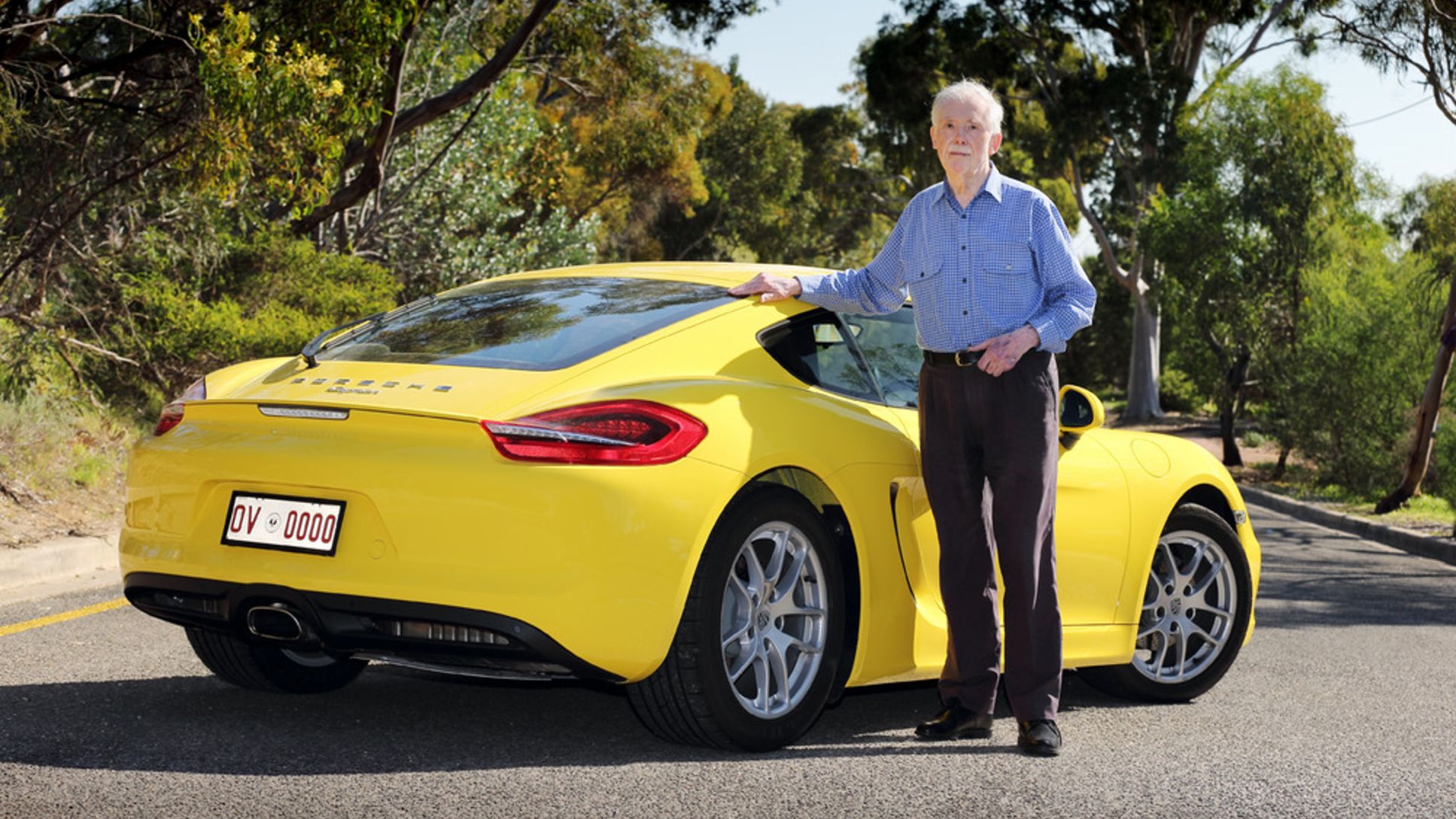 First Porsche at the age of 85

Adelaide’s Olaf Varley decided early this year to realise his dream and purchase his first Porsche: a brand new Cayman in racing yellow. Mr Varley waited a little longer than most for his dream car. He is 85 years of age.

“I had been walking into Porsche Centre Adelaide for around three years thinking about it, but when I saw the latest Cayman I knew it was time,” he said.

Like most Porsches sold in Australia, Mr Varley’s Cayman was built to his specific order. But unlike most purchasers, he left all the option boxes unchecked. “I’ve only ever driven manual gearbox cars and while everyone says the Porsche double clutch (PDK) gearbox is terrific, I wasn’t planning to change the habits of a lifetime,” he said. So on the last day of January 2014 Mr. Varley placed his order for a base model Cayman with the standard six-speed manual gearbox.

Everything he expected of his first Porsche

The eye-catching yellow two-door Coupe arrived in mid-July and while Mr Varley is still getting acquanted with his new set of wheels, he says it is everything he expected of his first Porsche. “I’ve always had a passion for sporting cars in strong colours and always wanted a Porsche, but in the past I’ve had to make do with more utilitarian cars when we were bringing up the kids. Unfortunately they didn’t have Porsche Macans then!”

The first Cayman caught his eye when it was introduced in Australia in 2006 and he followed it keenly through its 987-series and latest 981-series iterations. “I always liked the Boxster – it looked like the real sports car I always wanted – but when I saw the Cayman I thought ‘that’s for me’ but I wasn’t sure whether I should take the plunge.”

"We are still getting to know each other"

It went out of his mind; he bought a Japanese sports car; but then he read a review written by journalists driving the latest Cayman on the famous Targa Florio course in Sicily where many Porsche sports cars triumphed in the 1960s and early 1970s.

“It looked nice and I started making enquiries,” he said. Now, some time on, he wonders why he waited so long before embracing Porsche ownership.“We are still getting to know each other, but we are getting on fine,” he said. “My wife Ann and I are still to do a long trip, but we are working up to it, doing about 200 kms a week in the car. There’s no rush ...” 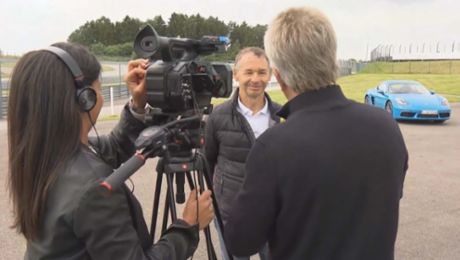 How a Porsche appears in the media

How journalists tested the new 718 Cayman.