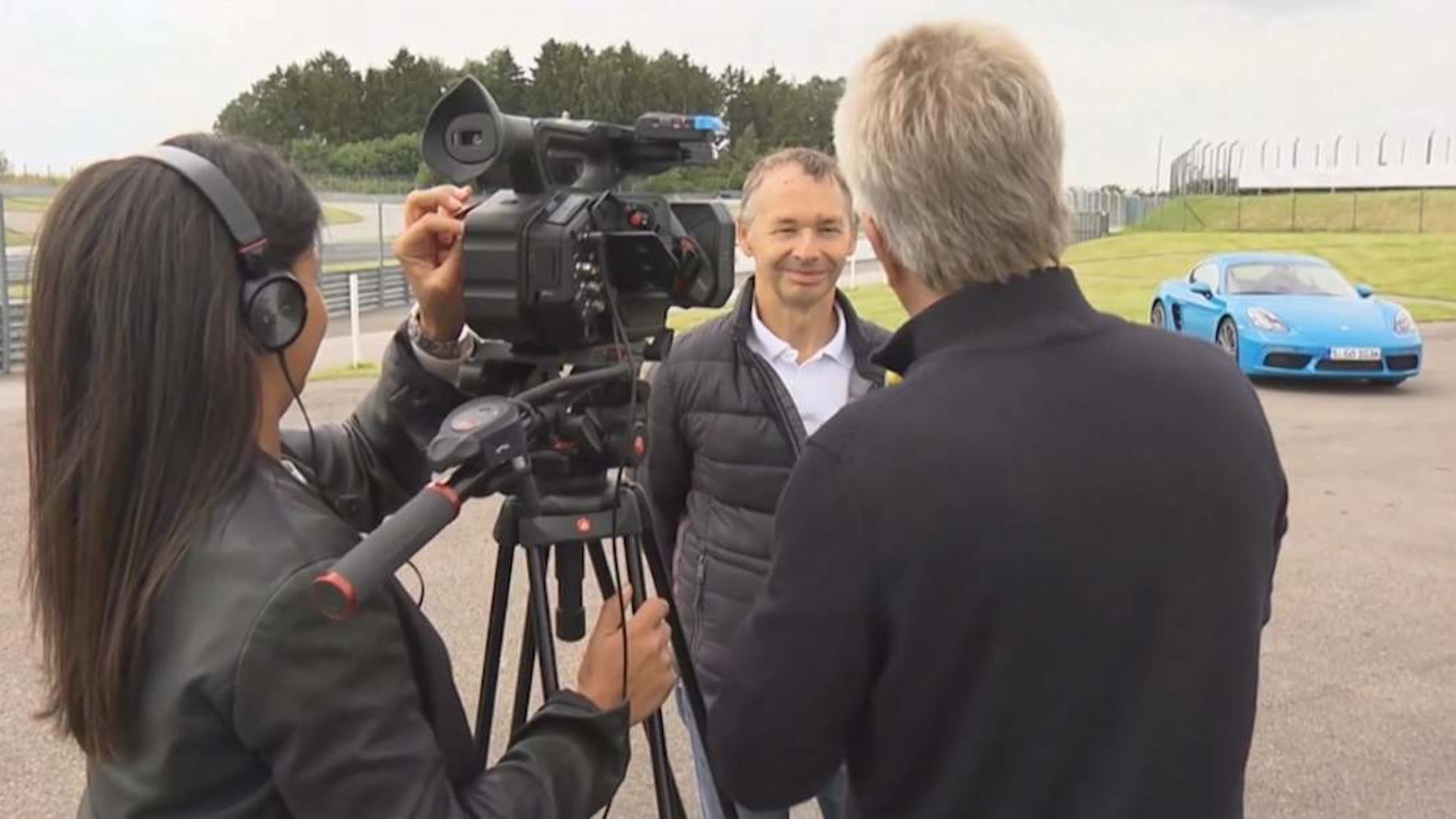 How a Porsche appears in the media

If a journalist wants to write about a new car, then it goes without saying that they will want to test drive it first. That’s why Porsche regularly invites journalists to press test-drive events. The most recent event was for the 718 Cayman.

There is no shortage of articles for anyone wanting to read about the mid-engine sportscars from Zuffenhausen. For example, Car and Driver calls the new Cayman “more responsive and agile than a base Carrera”, TopGear praises the brakes to be “astonishing” and The Dispatch Weekly is very taken with the “confidence inspiring passing power and superior drivability in any situation”. But where do journalists actually go to gain these insights?

One such place is Scandinavia, where Porsche spent nearly two weeks presenting its new sportscar to representatives from the world’s press. The editors and bloggers test the cars, talk to Porsche series experts and then write their stories about the new car.

Of course there have been more journalists in Sweden in order to test the new Cayman. Here are some of their reactions:

Press comments on the new 718 Cayman

"With its mid-engined configuration and near-perfect weight distribution, the old six-cylinder Cayman was no slouch in the handling department. This one feels even better thanks largely to the suspension, which at the front comes from the 911 Turbo and at the rear from the Cayman GT4. […] The brakes, needless to say, are terrific, with power and progression, which is not always the case with carbon ceramic discs."
The Telegraph

"The driving position is low and snug, and the controls are just where you want them and operate with an easy, fluent precision. It’s easy to see out of, easy to place on the road, it’s compact, well packaged and – provided you get busy with the options – well equipped. […] You realise the brakes are astonishing, that the chassis is fully loaded with talent and ability. It’s a delight around corners, really adjustable and composed."
TopGear

"Specify the PDK option and choose the Sport Chrono package as well, and the quoted 0-62mph time drops to 4.2 seconds, with 0-100mph taking only 9.2 seconds. Those are fearsome acceleration figures by any standards this side of £100,000. Yet at the same time, the car’s CO₂ and economy figures have also improved hugely over those of its predecessor, with the standard 2.0-litre car pumping out 158g/km and claiming 40.9mpg, and the S 184g/km and 34.8mpg as a six-speed manual or 167g/km and 38.6mpg with the PDK. […] The ride, steering, handling, grip levels, brakes and gearchange are all breathtakingly good."
Auto Express

"This sharpening makes the 718 feel more mid-engined. Previous Caymans often felt as if they’d been set up to deliver a 911-lite driving experience, in keeping with their position in Porsche’s brand hierarchy. But the S now feels markedly more responsive and agile than a base Carrera, better able to exploit its optimized weight distribution when it comes to making progress along a twisty, bumpy road. […] The engineers behind the new Cayman S should be proud. It’s demonstrably better than its predecessor in pretty much every measurable metric."
Car and Driver

"The 718 Cayman S is seriously rapid, pulling much harder through the mid-range than the previous Cayman S. There’s also a tractability that means you no longer chase the lowest gear and the highest engine speeds, which was more or less the only way to make really quick progress in the previous Cayman. […] The car feels perfectly balanced with just a smidge of understeer at the limit letting you know exactly how hard it’s working, and the quality of the damping is superb."
evo

"Both engines used in the 718 Cayman models are equipped with an integrated wastegate to optimize boost pressure across driving scenarios. The result: confidence inspiring passing power and superior drivability in any situation. […] The steering rack with a 10 percent quicker on-center ratio compared to the previous model has been adapted from the 911 Turbo and enhances agility as well as driving pleasure. […] The new 718 Cayman has been enhanced as comprehensively in its design as it has in its technology. The taut proportions, prominent air intakes on the sides and at the front, as well as the low side profile underscore the uprated dynamics."
The Dispatch Weekly