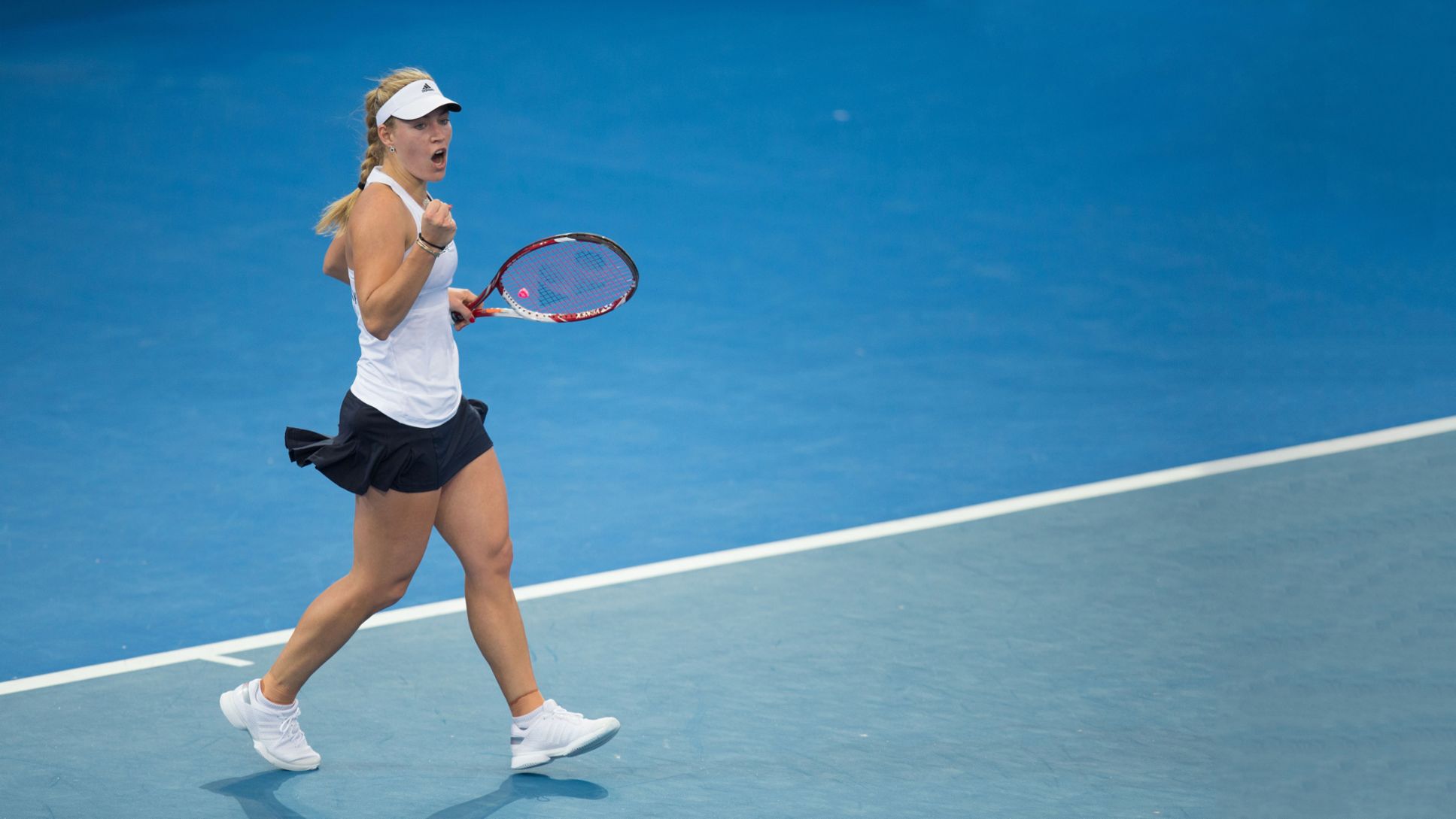 Angelique Kerber to be Brand Ambassador

In engaging Angelique Kerber as a National Brand Ambassador, Porsche has intensified its successful sponsorship of women’s tennis. The best German tennis player has been ranked in the WTA world Top 10 since 2012.

She will celebrate her 27th birthday on 18 January, one day before the start of the Australian Open in Melbourne. “Angelique Kerber’s dynamism and fighting spirit have secured here a firm place amongst the world’s tennis elite. Her friendly demeanour has made her one of the most popular German sportswomen. She and Porsche therefore go together,” said Matthias Müller, CEO of Porsche AG.

As a part of the Premium Partnership with the “Deutscher Tennis Bund” (DTB – the German Tennis Association), Porsche has been supporting Porsche Team Germany and Porsche Talent Team Germany since 2012. Matthias Müller continued: “Alongside the successful partnership with the DTB, the collaboration with the top German player is a logical step. For Porsche, the engaging of Angelique Kerber as a National Brand Ambassador is a further indication of our commitment to women’s tennis.”

„It is a big honour for me”, says Angelique Kerber

“I’m proud and happy to be able to represent such a prestigious company like Porsche as a brand ambassador. It is a big honour for me,” said Angelique Kerber. “In supporting Porsche Team Germany and Porsche Talent Team Germany, Porsche has instilled a new dynamism within German women’s tennis. I will do my best as a player to add many additional chapters to the success story and be a worthy representative of Porsche as a brand ambassador.”

Angelique Kerber’s big breakthrough came in 2011 when she reached the semi-final of the US Open. She broke into the world’s Top 10 in 2012 and reached a careerhigh ranking of No. 5 on 22 October 2012. To date she has won three WTA tournaments: Paris and Copenhagen in 2012 and Linz in 2013. She twice – in 2012 and 2013 – qualified for the WTA Championships contested by the eight most successful players of the season.