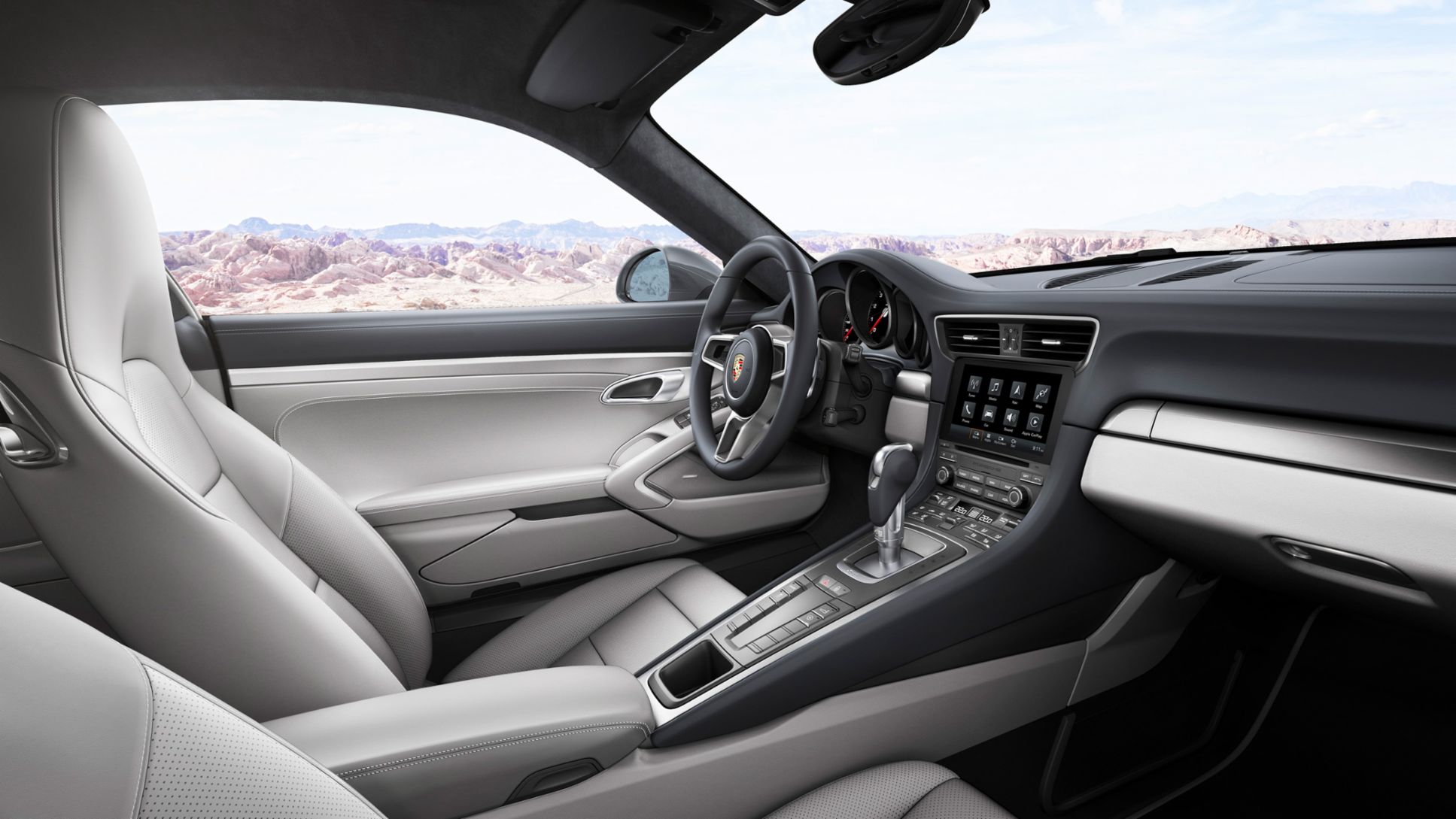 The latest generation of PCM is celebrating its premiere as a standard feature in the new 911 Carrera range, and will be moving into other Porsche model ranges as well, step by step. The newest version of this infotainment system does not just offer a number of new functions but also features an intuitive operating system, similar to that of a smartphone. It uses Wi-Fi, Bluetooth, or cable to pair with cell phones even faster, more easily, and more comprehensively. Additionally, Apple CarPlay lets owners of iPhone generation 5 and later with iOS 8.4 onwards enjoy certain apps on board for the first time. Here is an overview of the most important new features.

The focal point of the new PCM is the seven-inch screen with multi-touch controls. All functions not directly related to driving can be operated with fingertip commands similar to those for a smartphone. But that’s not all—the new system also recognizes short and long taps as well as swiping, scrolling, pinching, and rotating. Voice commands can be used as well. And it responds proactively. When your hand gets close to the screen, the system goes on alert and switches from overview to operating mode. If it’s playing music, for example, it will automatically show the relevant controls.

Navigation has never been easier. Instead of entering the destination letter by letter, you can now simply write on the screen with your finger. You don’t even have to enter the complete address. The system recognizes fragments and makes suggestions. You can accept them with a tap, and then select one of several routes. Online searches are possible as well, including a point-of-interest search function.

Green means traffic is flowing, yellow means it’s sluggish, and red means it’s at a standstill. This information is provided in real time via the integrated LTE data and phone module. In addition to TMC and TMCpro, the navigation system also processes precise and current data from mobile radio systems and vehicle fleets. This real-time information gives drivers a continuous overview of traffic conditions. Google Earth and Google Street View have now also been integrated to improve orientation further.

Porsche Communication Management and a smartphone work closely together via the Porsche Connect app. And not just for online navigation: PCM can call up addresses, images with GPS coordinates, and Google search results from your smartphone and use them as destinations. It can show the phone’s calendar or play music the phone is streaming, via simple fingertip commands.

Drivers can now also monitor the status of their sports cars even when they’re not behind the wheel. The Porsche Car Connect app for Apple and Android smartphones shows the location of the car, locks the doors, and indicates the current fuel level. Safety and security are enhanced as well—Car Connect can send a call for assistance in the event of an accident or breakdown. The system also recognizes theft attempts and alerts the driver as well as the emergency call center.