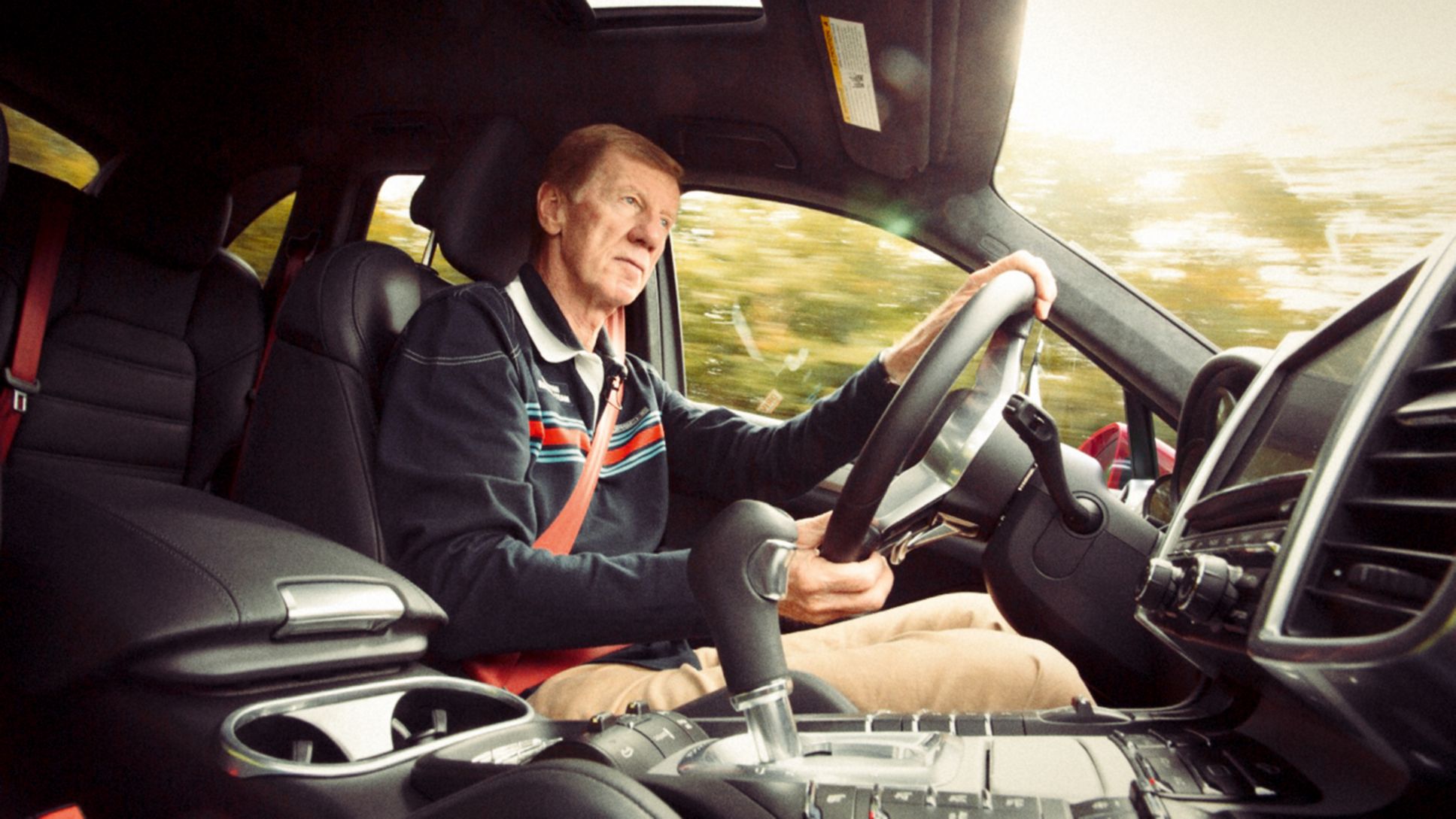 While Porsche Intelligent Performance stands for Porsche’s maxim of more power with less fuel consumption, the concept sounds quite different in this case. In this less-is-more spiral, Porsche is nevertheless maintaining its traditional values. In the new Cayenne GTS, downsizing means, for starters, a completely new power unit: a V6 with bi-turbo technology instead of a V8 naturally aspirated engine. As well as 3.6 liters of displacement instead of 4.8; 324 kW (440 hp) instead of 309 kW (420 hp);  and 600 newton-meters of maximum torque instead of the 515 in its predecessor.

Also included is a new sound experience from the engine and exhaust. Not quite so ferociously growling at higher rpms, yet still powerful, with subtle bass lines at lower engine speeds. Does the new Cayenne GTS sound like it drives? Does it drive like it sounds? Walter Röhrl replies with an unqualified “Yes.” The World Rally Champion once shared the finer points of his philosophy of driving with the conductor Herbert von Karajan, and in return regularly received invitations to the maestro’s major concerts.

Notwithstanding this musical education, Walter Röhrl simply has a reliable gut feeling for what, how, and why a car sounds right. Of the new GTS engine, he concedes that it really sounds great above 4,000 rpms, and that—an important factor in Röhrl’s Bavarian homeland—in a manner in harmony with nature.

An even sportier suspension

The cultural value of the new V6 bi-turbo aside, Walter Röhrl also considers the rest extremely well done. He particularly appreciates the very sporty setup of the chassis: “You can get the Cayenne’s rear axle to oversteer, so it’s not always automatically inclined toward the familiar stoic understeering. The setup is generally sporty and quite simply transmits driving pleasure. Load changes are easy to provoke, so in Sport mode it’s rather simple to achieve an easily controllable oversteer without startling the driver.”

The interaction of the V6 bi-turbo engine with an even sportier suspension leads directly to a new definition: in the SUV segment, the Cayenne GTS closes the gap between the S and Turbo models on the one hand, while on the road it handles quite simply like a sports car.

Primarily responsible for the change is the chassis. The standard steel spring suspension was lowered by 24 milli­meters, and the connected Porsche Active Suspension Management (PASM) received a considerably sportier setup, while the optional chassis with air suspension was lowered by just 20 millimeters. This enables an even wider span between sporty and comfortable setups. The brake system also grew accordingly: the 20-inch wheels in RS Spyder design include the 19-inch brake system with red brake calipers.

The front end of the Turbo, including its larger air intakes, and the Sport Design package, including roof spoiler in the exterior color, naturally convey this pronounced sportiness visually.