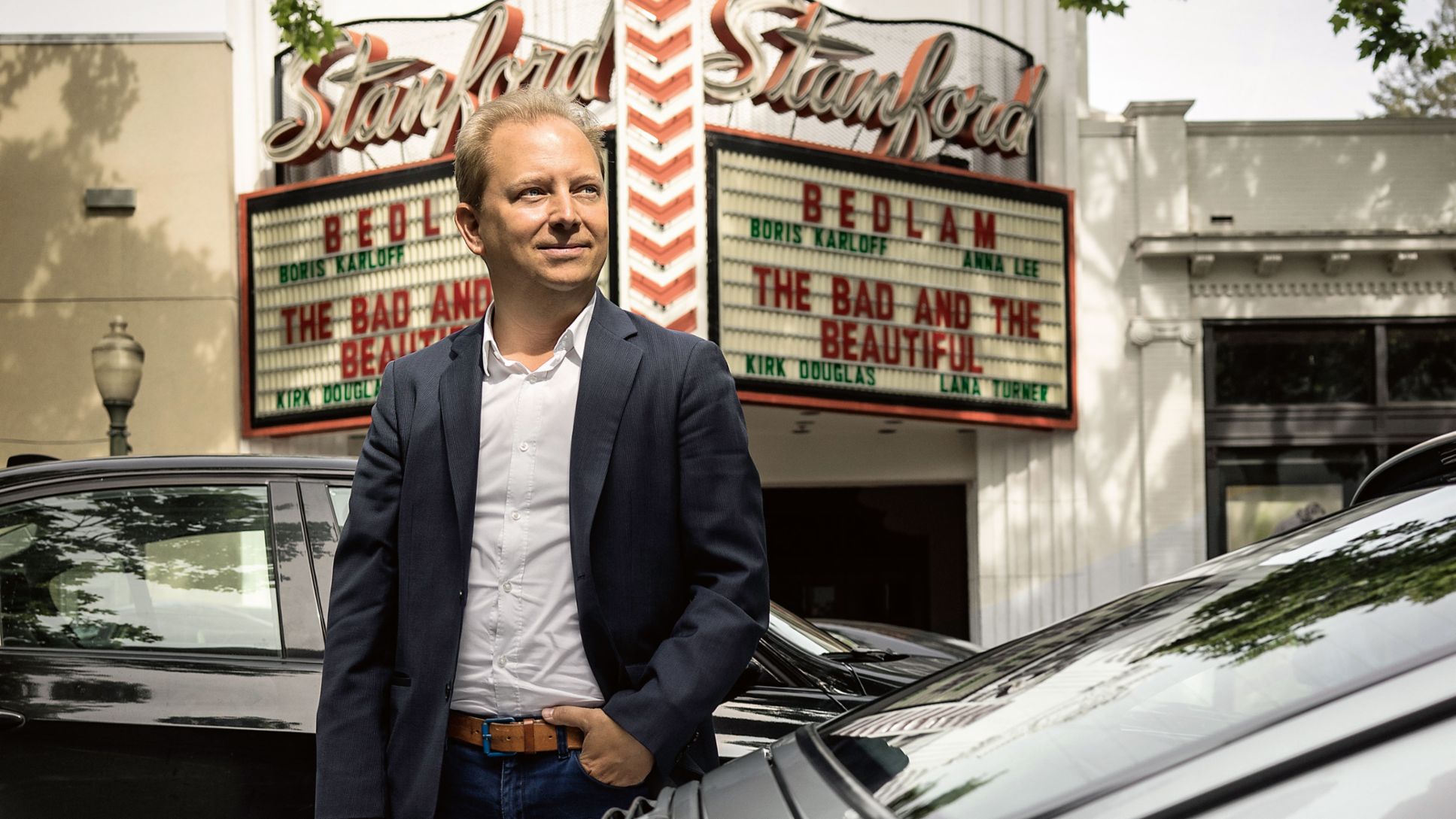 We visit the future: It takes the form of a business trip with Thilo Koslowski, CEO of Porsche Digital, through an old new world. “You have to get beyond the facade of Silicon Valley to understand what’s behind all the hype.”

Eight million people. Thousands of start-ups. Billions of dollars of venture capital. Silicon Valley is the Babel of the digital age, an incubator of geniuses, and a Mecca for visionaries. Right in its midst: Porsche Digital Inc. employees.

The faces of most of the patrons at the coffee shops along University Avenue in Palo Alto reflect the pale white light of their laptops or smartphones. Lines of industrious women and men form at the counters. As they wait, they email, chat, and build their networks. Everyone is communicating, either in digital or conventionally analogue form. Snatches of conversation fill the air: new websites, design proposals, job offers, stock portfolios. In the midst of this hubbub stands Thilo Koslowski, CEO of Porsche Digital. He arrived back in the United States four days ago, where Porsche is starting the next step of its digitization campaign—setting up Porsche Digital Inc., headquartered in Santa Clara in California’s Silicon Valley. The objective is to define and identify digital strategies and trends on the American market at an earlier point in time. Today Koslowski plans to meet with business partners and founders of start-ups here in the heart of Silicon Valley. Not only world-famous brands like Apple, Facebook, and Google are at home in the metropolitan region around San Francisco and San Jose, but also a great number of young companies. And located right next to Palo Alto is Stanford University, one of the world’s most fertile breeding grounds for successful start-ups.

Porsche Digital Inc. will soon have more than one hundred employees working on forging partnerships with technology leaders, innovators, and venture capital companies, as well as identifying potential partnerships with young companies that can work together with Porsche on ideas and solutions for the digital future. Koslowski also lives in Silicon Valley, which he knows at least as well as his German homeland. “This place has the right mixture of capital, expertise, and enthusiastic experimentation that lets you see how the world will respond to a new digital lifestyle. It’s not possible to get a sense of it on a brief visit; you have to experience it in your day-to-day life.”

Koslowski, who has a degree in business administration, spent nearly twenty years working for Gartner Inc., a technology research and advisory company in California, most recently as Vice President and Practice Leader Automotive and Smart Mobility—a division that he founded in Silicon Valley in 1997. In the spring of 2016 he came to Porsche—and today he meets with women like Stacy D’Amico, a partner at the leading venture capital company Andreessen Horowitz, on Sand Hill Road. This street in the hills above Palo Alto is a prime spot for VC funding—the risk capital needed to put Silicon Valley’s ideas into practice. During his time at Gartner, Koslowski was involved in digital transformation of the automotive industry and he notes, “The critical mass of creative minds allows this region to spot and try out trends sooner than other places in the world. ‘Failure’ is not a part of people’s vocabulary here. And that’s a good thing. The goal is to take risks, to learn, and to develop ideas further so the next version will be successful.” Koslowski is now furthering contact between Porsche Digital Inc. and VC partners like Andreessen Horowitz, Google Ventures, and Sapphire Ventures, a venture capital firm that spun out of the SAP software corporation. The aim is to scout promising young companies that fit in with the qualities of the Porsche brand and can help shape customer experience in the future. “The spirit of the Valley plus the quality and sustainable approach of Germany’s most successful sports-car manufacturer make for an auspicious combination.” Koslowski is convinced of that.

At the moment just a handful of employees are engaged in setting up Porsche Digital Inc. in Silicon Valley. “The car is the ultimate mobile device of the future, and we’re right where the future is becoming reality,” says Koslowski. “Porsche is similar to a lot of companies in the Valley. It got its start in a garage. It was founded to implement an ambitious vision with a high degree of technical expertise. Its main focus is on customer experience. In a data-driven world, however, the new engines are software and algorithms. That adds a new level of meaning to the fascination for the brand.”

If you want to develop the future of intelligent mobility, you have to look far beyond traditional business models. Blockchains, which were initially used in distributed ledgers for the virtual currency Bitcoin, are one example of how the automotive experience can be still further improved in the twenty-first century. At Chain Inc., digital bookkeeping systems composed of blockchain networks can record and trace each transaction—whether it involves the vehicle identification number, previous owners, maintenance history, or micro-payments for lifestyle services. Chain Inc. software offers the possibility of reliable and incorruptible digital records. Thus far the technology has been used mainly by banks and stock markets. But smart mobility is opening up many new opportunities, which Koslowski discusses at a meeting with Chain employees. In typical Silicon Valley fashion, the team sits in a large open-plan office while conference rooms hover above their heads like tree houses. “We’re like a band leader looking for good musicians to play the best songs,” says Koslowski in describing the strategy for approaching start-ups. “Technology should make people’s lives easier and let them have new experiences. In order to make this possible, Porsche has to think ahead and dare to experiment.”

Silicon Valley doesn’t just mean working at computers. It also enjoys a beautiful location near the Pacific Ocean, wild coastal areas, and inland mountain ranges whose passes can be closed by snow well on into spring. “When you wake up here in the morning and see the blue sky, it’s inspiring. It’s no coincidence that California is known as the Golden State. You can leave your desk and all the meetings behind and, in no time at all, immerse yourself in nature, where you can literally clear your mind,” Koslowski rhapsodizes. “You can’t help but be affected by the fabulous surroundings. Whether I go for a walk on the beach or rev up one of my old 911s on a racetrack—that’s where I come up with my best ideas.”

Digitization gives premium providers like Porsche the opportunity to combine psychological and virtual worlds into new experiences. Halo’s neurofeedback device measures brain waves. For example, those of serious athletes to improve muscle memory, thereby enhancing their skill, strength, and endurance. “What we do is optimize human performance, and that applies not only to skiing or basketball but also to motorsports. Cars are ultimately an extension of the people who help them perform better,” says Halo co-founder and CEO Daniel Chao on showing Koslowski the feedback device, which looks like a set of headphones and has already won several innovation awards. “Better performance always starts at the top. For us that means top athletes; for Porsche that means racing.” Koslowski is inspired by the potential benefits. “There’s no doubt that in the future we’ll be seeing more and more direct human–machine interfaces, which extend well beyond touchscreens or language. The ability to pick up on drivers’ mental activity in order to immediately offer them greater performance, safety, and health—that could be a promising option, and it’s one we’re already pursuing.” Ideally, an intelligent car should know what its driver and passengers need and, above all, be designed to automatically offer the right support or appropriate service.

Since opening in the summer of 2015, Samsung’s new ten-floor Silicon Valley site in San Jose is currently home to around seven hundred employees and has space for up to two thousand. The Korean electronics producer deliberately chose to set up its research and development center near established Valley heavyweights like Apple and Nvidia. “Digitization demands a greater degree of openness. It seeks new partnerships and business models, because no one is able to come up with everything on their own,” explains Koslowski after his meeting. “The boundaries between partners and competitors are becoming fuzzier all the time—so you have to remain open on all sides in order to set up new ecosystems around the intelligent use of data and services.” He doesn’t view this as a threat but rather as an enormous opportunity. “Porsche has the incredibly good fortune of being one of the very few brands to spark the dreams of both children and adults.” 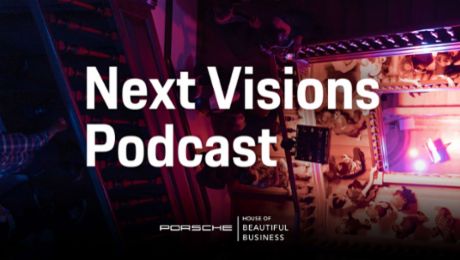 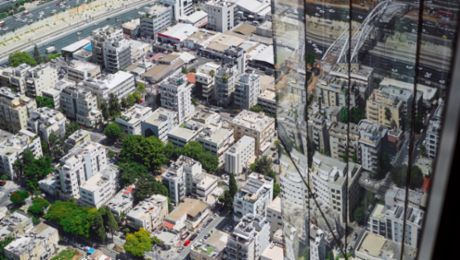