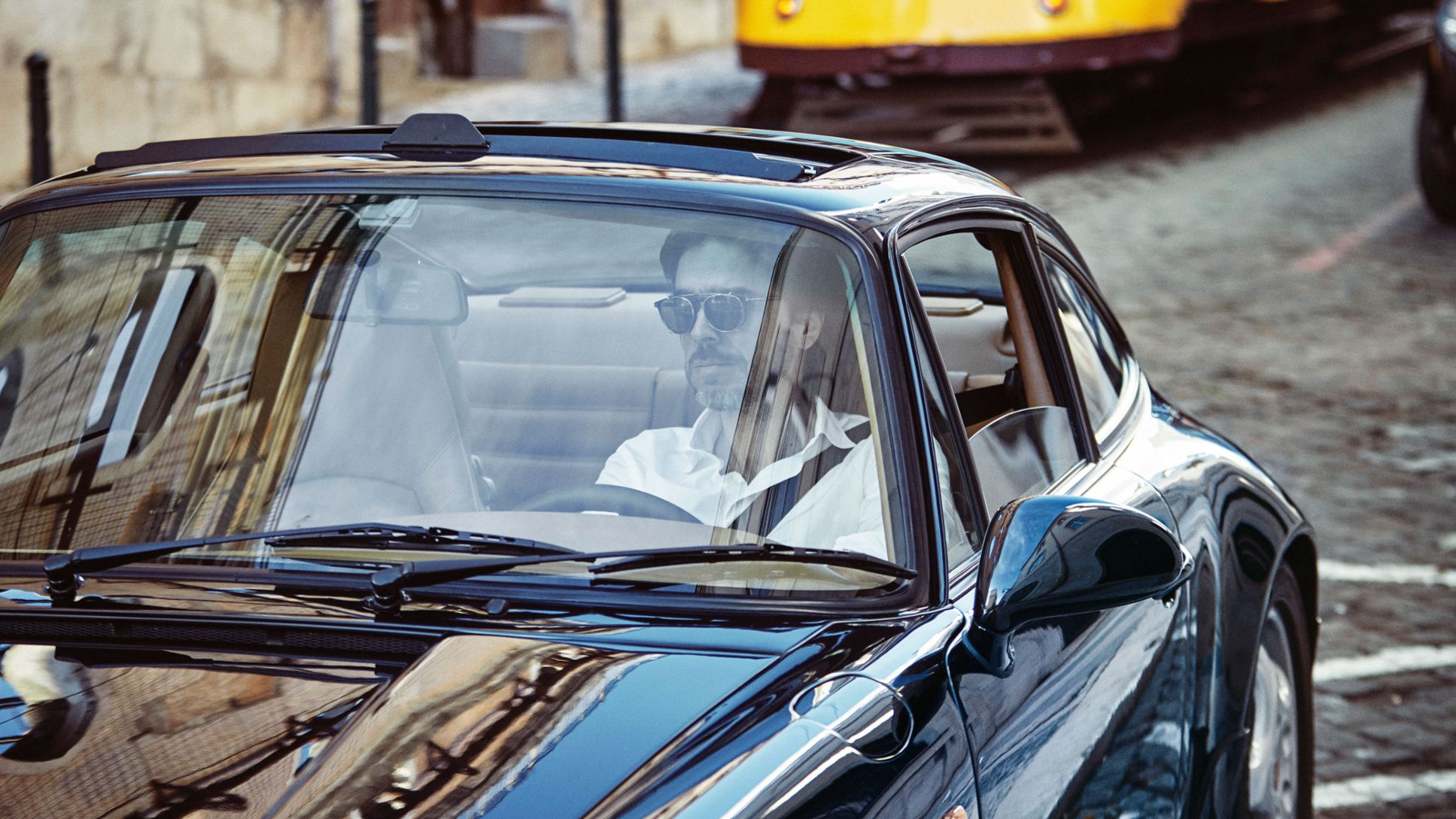 Fernando Guerra is among the most celebrated architectural photographers in the world. He’s a master at giving structures of concrete and steel an air of ethereal lightness and infusing architecture with motion. What moves him is found in a garage in Lisbon: four classic Porsche models from the years 1973 to 1995.

It’s difficult to imagine a greater contrast between Fernando Guerra’s current location and the settings he normally finds himself in. The architectural photographer who captures futuristic buildings and breathtaking enfilades is standing in an ordinary garage. The austere, white room in central Lisbon is one of the most important places in his life. Outside, the raucous streets of the Portuguese capital are humming with activity—inside, behind the thick walls, it’s magnificently quiet. The garage is located on a little side street; an inconspicuous entrance with an electric door leads inside. The special thing about this decidedly ordinary location: in a space space roughly eight by eight meters, you’ll find four Porsche sports cars parked so closely that they’re almost touching. “My little family,” says Guerra, looking fondly at the quartet of cars in red covers. He finds the garage calming, a place where he can leave his work behind and clear his head, says Guerra.

The forty-six-year-old Portuguese photographer is a trained architect and one of just a few artists who possess a very particular skill: the ability to translate the static form of architecture into motion. “I want to let the buildings in my photos breathe, give them life,” he says. Around the turn of the millennium, Guerra was one of the first photographers to incorporate people into images of architecture in a characteristic way. Not content to simply snap pictures of bare walls, he sought rhythm in the structure. “I found architectural photography at that time quite boring, until one day I no longer wanted to create a building as an architect but instead tell its story with the camera.” Finding those stories is what drives him to this day, regardless of what object his camera is pointing at. His problem: how can he represent something in the most striking and authentic way? His approach: to seek, find, and tease out what flows in static objects. Numerous awards bear witness to just how well, and how frequently, he succeeds in his quest. Guerra tugs at one of the red covers, revealing the black paint of a Porsche 911 Carrera 4 (Type 964). “I like it when my cars are by far the most beautiful things in a room, however small it may be. And I love to play Tetris,” he says cheerfully as he begins to maneuver his cars in the tight space.

Guerra worked as an architect in Macau for five years before diving into photography around the age of thirty—and thus turning his first love into a career. He picked up a camera for the first time at the age of sixteen—about the same time he was developing his second passion: cars. “Do I remember the first girl I fell in love with? No. But I still remember the first Porsche that caught my attention—a 1986 959—as if it were yesterday,” he says. Later, at the age of twenty-two, Guerra convinced his father to buy a used 1973 Porsche 911 S Targa. “I quickly got my hands on that one.” This car also has its place in his garage, between the 1995 911 Targa and the 1979 928. “I’m not a collector,” emphasizes Guerra. “I drive my Porsches as often as I can. I want to experience things with my cars.” Guerra speaks quietly and moves with effortless poise. He points to the 1973 911. “Far too many stories to give it up. And my 964 from 1990? I haven’t had it for too long, so there are too few memories for me to sell it.”

It’s high time to add some new experiences to the old ones. Guerra pulls the dust protector off his 964, hops in, and turns the key. The engine growling into action shatters the silence of the room. The flat engine’s heartbeat reverberates off the walls. “It’s alive!” calls Guerra from inside the car. The door opens and the Porsche is champing at the bit to get out into the open. Guerra steers the classic sports car through the winding streets up to the Parque Florestal de Monsanto, a wooded park above the city, chatting away as he drives. “My teenage daughters are not overly interested in their father at this point. The same cannot be said of my Porsches, however,” he says with a sly wink. Or of his wife, an architect.

Guerra’s trips are planned by his younger brother Sérgio, allowing him to focus on the photography. “Arrive, get started,” is how he describes his expeditious working style. He doesn’t think very much of the notion of searching far and wide for inspiration. “That emerges from the process, as I watch people going in and out of a building. When I sense that the building is alive.” He can take up to one thousand pictures in one day of shooting. As he does so, he finds it important to shoot the building in a way that enables the architect’s intentions to become recognizable. It helps a lot, in his opinion, to be an architect himself: “I know what’s distinctive about the architecture and what has to be in the picture to depict a functioning architectural creation.”

In the park high above the city, on serpentine roads twisting through the dense greenery, Guerra reflects for a spell and lets the Porsche’s engine do the talking. Later, he opens up about his latest project: designing leather bags and cases for men. Restrained, classic designs in discreet colors. The idea emerged as a side project, an idea close to his heart for the time he spends in Lisbon. When the first major orders came in, he was a bit overwhelmed with the production process. “My brother always says, ‘Fernando, you have to think of the selling part too.’ And then I thought: ‘Right, there’s that too.…’”

What’s next on the agenda, aside from photography? Guerra wants to give his sports cars “the space they deserve,” as he puts it. He dreams of a workspace in the midst of his Porsche quartet. He has a small house sixty kilometers from Lisbon. “There’s still some space out there to give the cars a new home at some point. You’ll have to come back then,” he says by way of invitation. Guerra maneuvers his 964 into the garage. And then all is quiet again, the thick walls keeping the sounds of the city at bay. 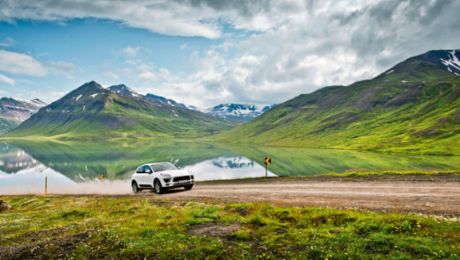 In the Land of the Vikings

A visit to the Porsche Club Iceland – on a journey to another world.