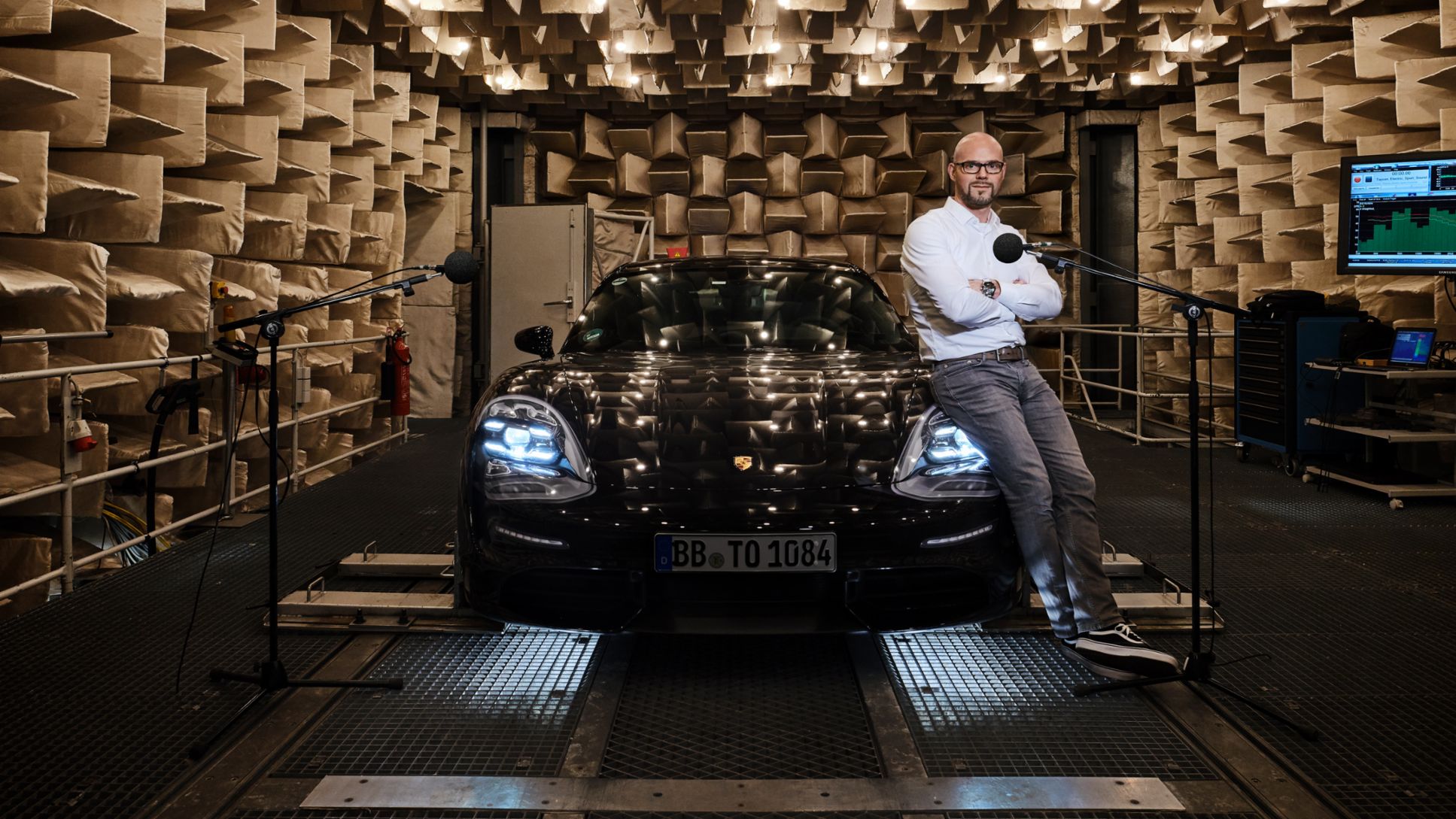 Tobias Hillers quickly realized how important the sound of electric cars would be. Now his team has created an unmistakable sound—that of the new Porsche Taycan.

Actually, I had no intention of moving to southern Germany, but then I got a call from Porsche,” says Tobias Hillers. That call came eight years ago, when he was a research associate at the Institute for Automotive Engineering at RWTH Aachen University. And it was successful. In 2012, Hillers started working at the Porsche Development Center in Weissach.

If you met Hillers and his girlfriend at a sidewalk café somewhere in Stuttgart, it wouldn’t take long to guess what field he works in. Whenever an unusual engine comes into earshot, he tilts his head slightly. He can usually tell what cars are approaching without even looking. Hillers is a specialist in acoustics. To be precise, he is a section head in active sound design. For the past five years he has devoted his professional energies to creating sounds for the Taycan, Porsche’s first all-electric sports car. Would he be able to pick out this sports car from amidst the noise of traffic in general? “I would certainly hope so,” he says with a laugh.

In Weissach Hillers lets the Taycan speak. Even to the ears of a layperson, the car’s sound is clearly distinguishable from that of all other electric vehicles—at least when the standard “Porsche Electric Sport Sound” on the Taycan Turbo S is activated. Is it a mixture of a jet fighter taking off and an ­intercity express train in full acceleration? The sound is so unusual, one is hard put to describe it. The smallest common denominator is its incredible power. What’s noteworthy is that even pedestrians can distinguish it clearly. It’s also present inside the car, without requiring passengers to raise their voices.

Driving an electric car without any sound is “all well and good,” according to Hillers, “but acoustic feedback is part of the experience.” The noises produced by the drivetrain provide feedback on acceleration and speed, and also on energy recovery in this age of electromobility. “We’ve created an instrument and the driver is the conductor,” says Hillers in summarizing five years of work on the acoustics of the Taycan.

Hillers’s home town of Dülmen in Münsterland is just under 200 kilometers from Aachen. There, he began studying mechanical engineering in 2000 at the age of twenty, specializing in automotive engineering and combustion engines. His choices of both education and profession were anything but random. “If you look at the books I read as a child, you’ll find an awful lot of cars,” he admits. Even in the early years of his studies, he was focusing his attention on the subject of acoustics. An internship at Porsche in 2005 brought him to the sound department. At that point, of course, the cars all still had combustion engines.

Some time after the internship, Hillers narrowed his specialty further. “Electric cars have always exerted a powerful attraction on me, but without the sound they didn’t have quite the right kick,” he says. Hillers takes a broad view of the field. “Sound will play a huge role for electric cars,” he predicts. That applies to all of them. As of July 1, 2019, all new electric cars in the EU are required to emit a minimal level of sound.

But that’s not enough for someone like Hillers. Very much in keeping with his own tastes, Porsche decided early on that the Taycan should have powerful acoustics. “The sound has to fit the car and be authentic,” Hillers says. By authentic he means that the engineers only use sounds that come from the car itself: those from the electric motor and the transmission, along with a touch of how the tires roll on the road. “We take the parts of these noises that sound really good,” he says. “And then we filter out anything that suggests a dentist’s drill or a streetcar.”

Hillers stands totally relaxed in Weissach’s acoustic test chamber. Everyone here speaks more softly than usual. Hillers’ eyes sparkle as the sound of the Taycan becomes ever clearer and more penetrating in the chamber. Does the Taycan sound make people as happy as that of the Porsche Boxer? Hillers’ answer leaves no doubt: “Yes, absolutely!” 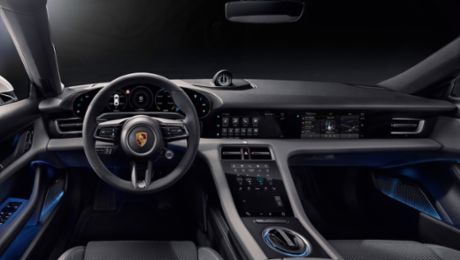 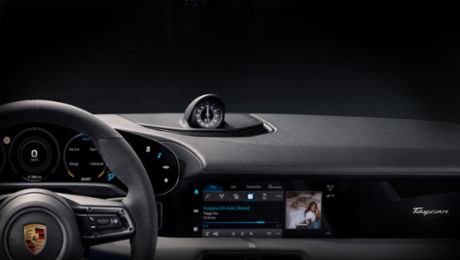