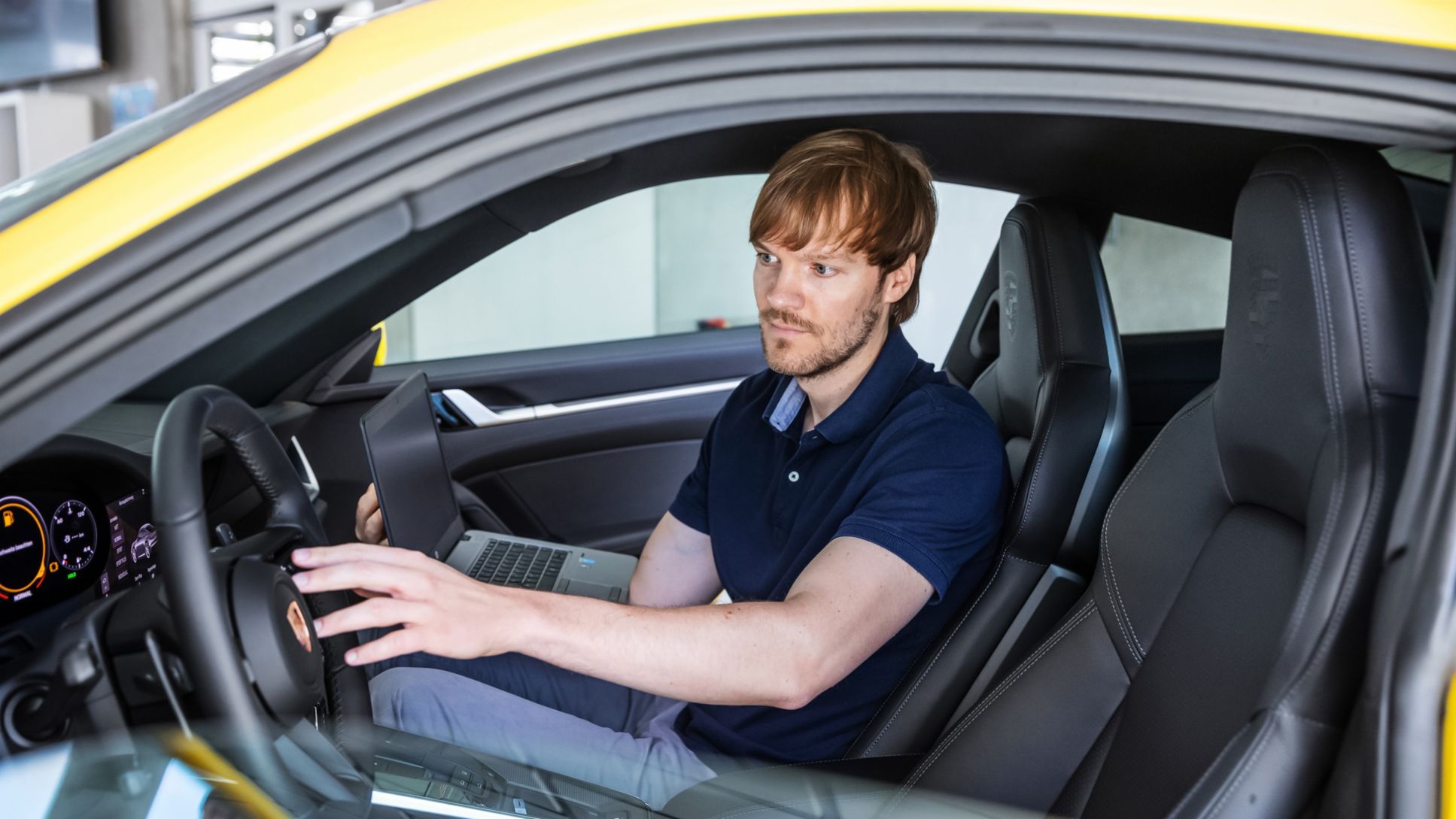 Christian Wellmann (31) is a psychologist who does development work. A specialist in the interaction between humans and machines, his job after completing the trainee program will be to help design the next generations of cockpits for car models.

Starting out in the automotive industry was not actually on the agenda. “But the job ad was a perfect fit for my interests, and was exactly what I was looking for,” says Christian Wellmann. He wanted the job, and Porsche wanted him. And now this psychologist sits right in the thick of things with all manner of engineers and has no intention of leaving because Porsche offers him incredible opportunities. Following his twelve-month trainee program, he’ll join the driver experience department, where he’ll be charged with developing a display and operating concept that transcends all model series, is as intuitive and distraction-free as possible, and offers drivers a positive user experience.

Christian’s knowledge of human behavior and his outside perspective automatically put him in the position of a ­negotiator who needs to unite opposites on common ground: automotive machines and human beings, the different requirements of major markets in the USA, Europe, and China, sports-oriented amateur racers and comfort-oriented road users, and different generations of Porsche drivers. All of their desires, expectations, and evaluations will flow into the Porsche cockpit and operating elements that Christian’s future department is designing with other teams.

This task is a big challenge. But Christian feels he’s well equipped to meet it. He has a master’s degree from Ulm University with a specialty in human factors and is well versed in the interaction between humans and machines. He knows what tools and methods can be used to study customer behavior and experience. While other people at Porsche work with screwdrivers and CAD programs, Christian uses eye trackers that register the eye movements of the drivers who test cars.

“You gain so many impressions, acquaintances, and new knowledge and so much experience that the year just flies by” Christian Wellmann

With all due respect to the specialized knowledge gained during a course of studies, no university degree can perfectly prepare graduates for their jobs. That was also the case with Christian when he began his traineeship in October of 2018. Despite a weakness for cars and some work/study experience in the automotive industry, he lacked comprehensive knowledge of the technology.

“In the beginning I often had to look up terms,” he says with a smile. This newcomer to Porsche also didn’t know much about its customers. But the trainee program, which is familiarizing him with the wide world of Porsche, is filling the gaps in his knowledge. Christian and his fellow trainees only spend the first few months of their program in their actual departments. They go on several-week stints in related departments with which they will be working closely in the future and also have an assignment abroad. The program includes short traineeships in production, with the works council, and at a branch office, as well as seminars and workshops.

At the beginning of the program, trainees select their individual stages with their mentor and future department. “My boss and I were very much in agreement on which stages to choose,” says Christian. The first one was with Porsche Design Studio/Style Porsche (interior design), which concentrated on visual and technical designs for the Porsche cockpit. At the second stage with market and customer analysts, he became better acquainted with how Porsche drivers think and what they want. His assignment abroad is in Shanghai to learn more about the growth market in China. No other market in the world is attracting as many new and especially young customers to the Porsche world.

A diverse program awaits trainees. “You gain so many impressions, acquaintances, and new knowledge and so  much experience that the year just flies by,” says Christian with a little regret in his voice. But that also means he can soon join his team and put a lot of exciting projects into practice with related departments.

Trainee: Focus on the Goal

The task of trainees is essentially to prepare for what they will later be doing at Porsche. To gain the requisite specialized knowledge, they spend the first few months in their future department, do multiple-week stints in related departments, and complete an assignment abroad. They also do brief internships in production, sales, and with the works council. 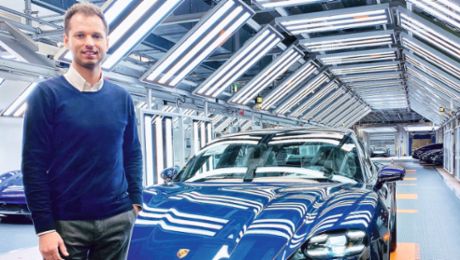 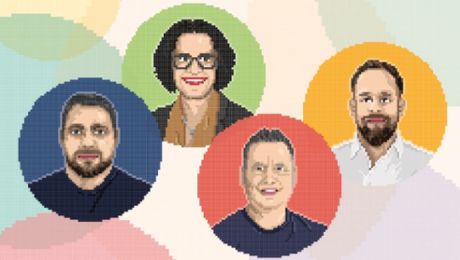 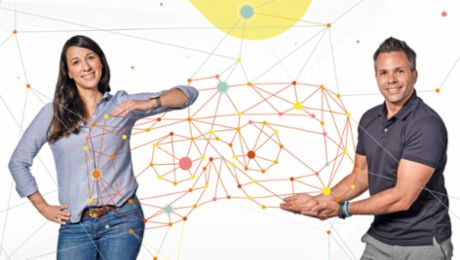