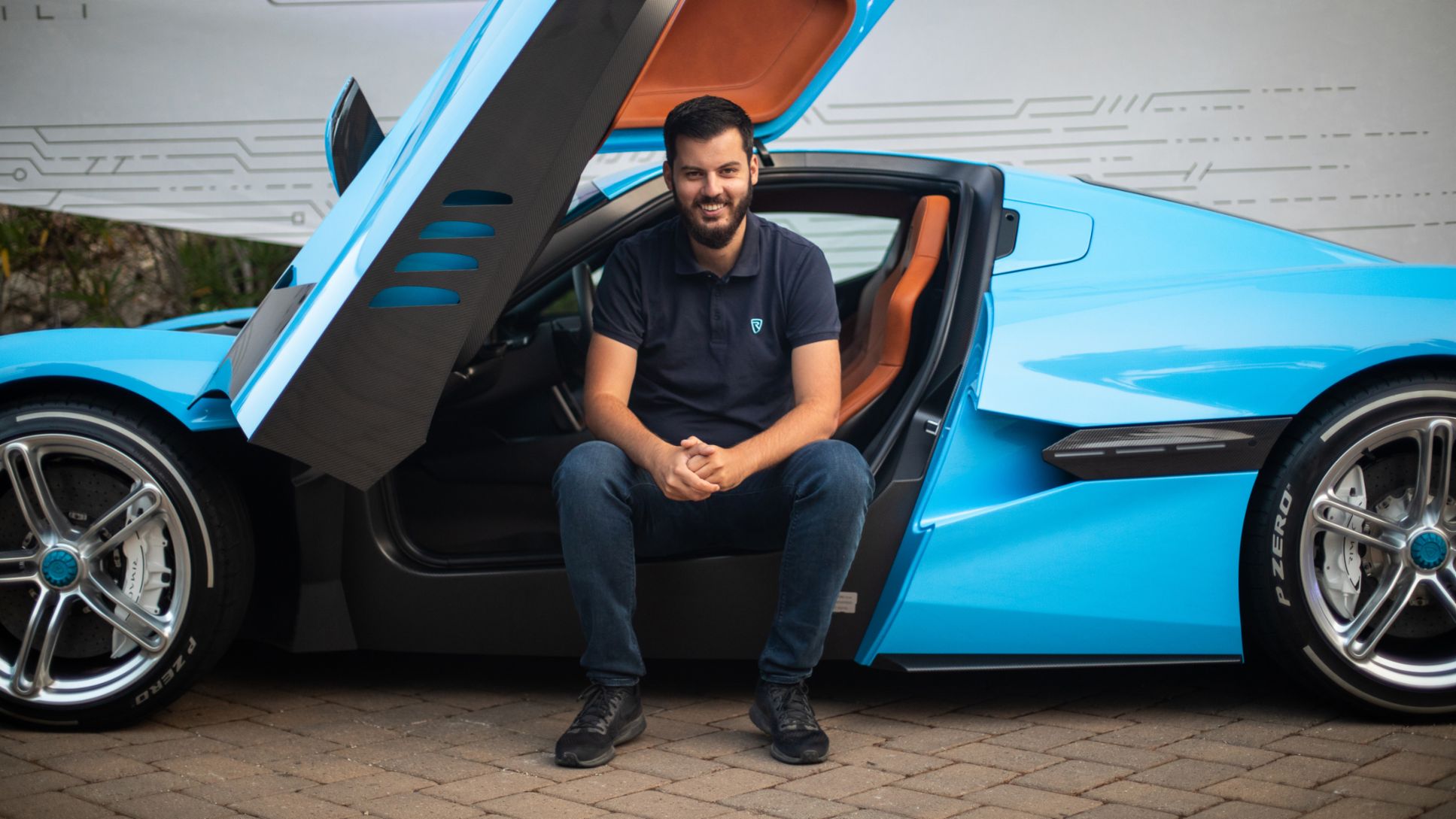 Right outside Zagreb, Rimac Automobili makes super-fast electric automobiles that beat out the competition by more than the length of a car. That’s one of the reasons Porsche started investing in this technology and sports-car company a good year ago. Experts in Zuffenhausen are interested in the expertise from Croatia and the ideas of company founder Mate Rimac, who has long since made the future of mobility a reality.

A man walks into a garage. The car recognizes its owner’s face and opens its doors. The man takes a seat, and the car starts moving fully automatically and zooms into the future. This is a scene from the teaser video for the new Rimac C_Two. The hypercar from the Croatian manufacturer can already do most of this if allowed. The only things standing in the way of fully autonomous operation are reservations on the part of other road users, and the desire by some people to drive themselves.

The rise of this vision of the future just twenty minutes from the city of Zagreb has a lot to do with the mindset of company founder Mate Rimac. The thirty-one-year-old is not one to let purely economic concerns stand in his way. Where other people see risks, he sees potential. Whenever he pursues a project, he pushes the limits of what is possible.

This approach has taken Rimac Automobili from a two-person enterprise ten years ago to a company with 500 employees. What started out as tinkering in a garage by a highly talented whippersnapper is now a business with an estimated value of €500 million. The founder is no longer a Gyro Gearloose type but a visionary who is shaping the future of the automotive industry. He has been compared to Apple founder Steve Jobs or Tesla head Elon Musk, but there are some crucial differences. Jobs preached the importance of a few chosen areas of expertise, whereas Rimac is happy to try everything and wants to make all of it perfect. And Musk was already very wealthy before starting to produce electric cars.

Born in Bosnia in 1988, Mate Rimac was a child when his family fled from the war in the Balkans to Frankfurt. As a teenager he moved to Croatia and started from scratch. As fate would have it, car troubles were what launched Rimac’s career. At the age of eighteen he bought a 1984 BMW E30 for drift races, but in his second contest its engine exploded. Because a new combustion engine would have been too expensive, he rebuilt the car with electric motors in 2007 and kept improving it over the years. The bright green BMW ended up being able to accelerate from 0 to 100 km/h in 3.3 seconds, and broke all the relevant FIA records in its class in 2011. However, the vehicle was heavy, had low initial power, and a short range. But even before the record drive, the resolute young entrepreneur founded Rimac Automobili in 2009 and built up a team of experts to develop his own components. “I was convinced that electric drives could do much more than what was currently available on the market,” he says.

Rimac’s aim at the time was to make the world’s fastest car for series production. This vision of the future attracted his first investors. Their funding and his company’s craftsmanship led to the Rimac Concept_One. The world’s first electric super sports car celebrated its premiere at the 2011 Frankfurt Motor Show (IAA). It was a 1,088-hp behemoth that broke the 100-km/h barrier in 2.8 seconds. Faster than all the other cars of its time. But its peak speed was throttled at 300 km/h.

The Concept_One cost around €1 million and was limited to just under one hundred units. And Rimac scarcely even sold twenty of them. That was not enough to sustain the company for long. Nonetheless, the car contained all manner of highly developed technology that fascinated not only drivers but also other car makers. And here was where Rimac began thinking in economic terms. His team essentially took the Concept_One apart. Rimac Automobili has since become a supplier that develops and builds high-voltage battery systems, electric motors, telemetric and assistance ­systems, digital user interfaces, and infotainment systems for other vehicle manufacturers. Plans also call for licensing more patented technology to other manufacturers in the future.

Porsche entered into a partnership with the Croatian company around a year ago, acquiring a 10 percent share. “We consider the ideas and approaches of this young company to be very promising and are therefore seeking close collaboration with Rimac in the form of a development partnership,” said Lutz Meschke, the Porsche Board Member in charge of Finance and IT, when the contract was signed in June of 2018.

“Our goal is to become a leading module and systems supplier for car makers in the fields of electrification, connectivity, and driver assistance systems,” is how Rimac explains the partnership. And the dream of building the world’s fastest series-production car has come to fruition with the C_Two. The car has 1,900 hp, accelerates from 0 to 100 km in 1.8 seconds, and has a peak speed of 412 km/h—plus a range of 650 kilometers. Some 150 units are expected to be built starting in 2020. 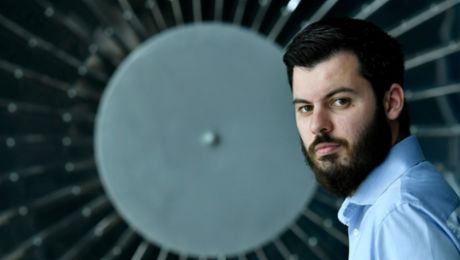 Porsche has increased its stake in technology and sports car company Rimac Automobili to 15.5 percent. 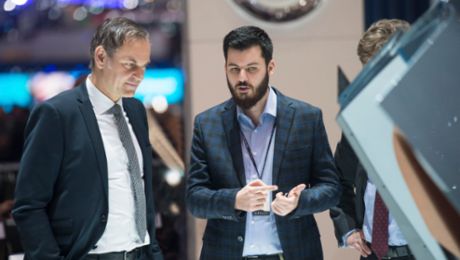 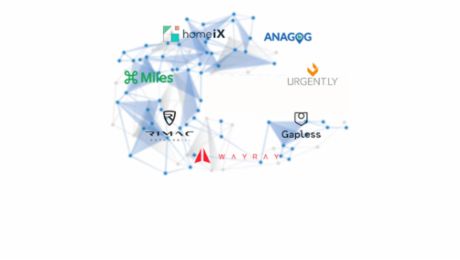