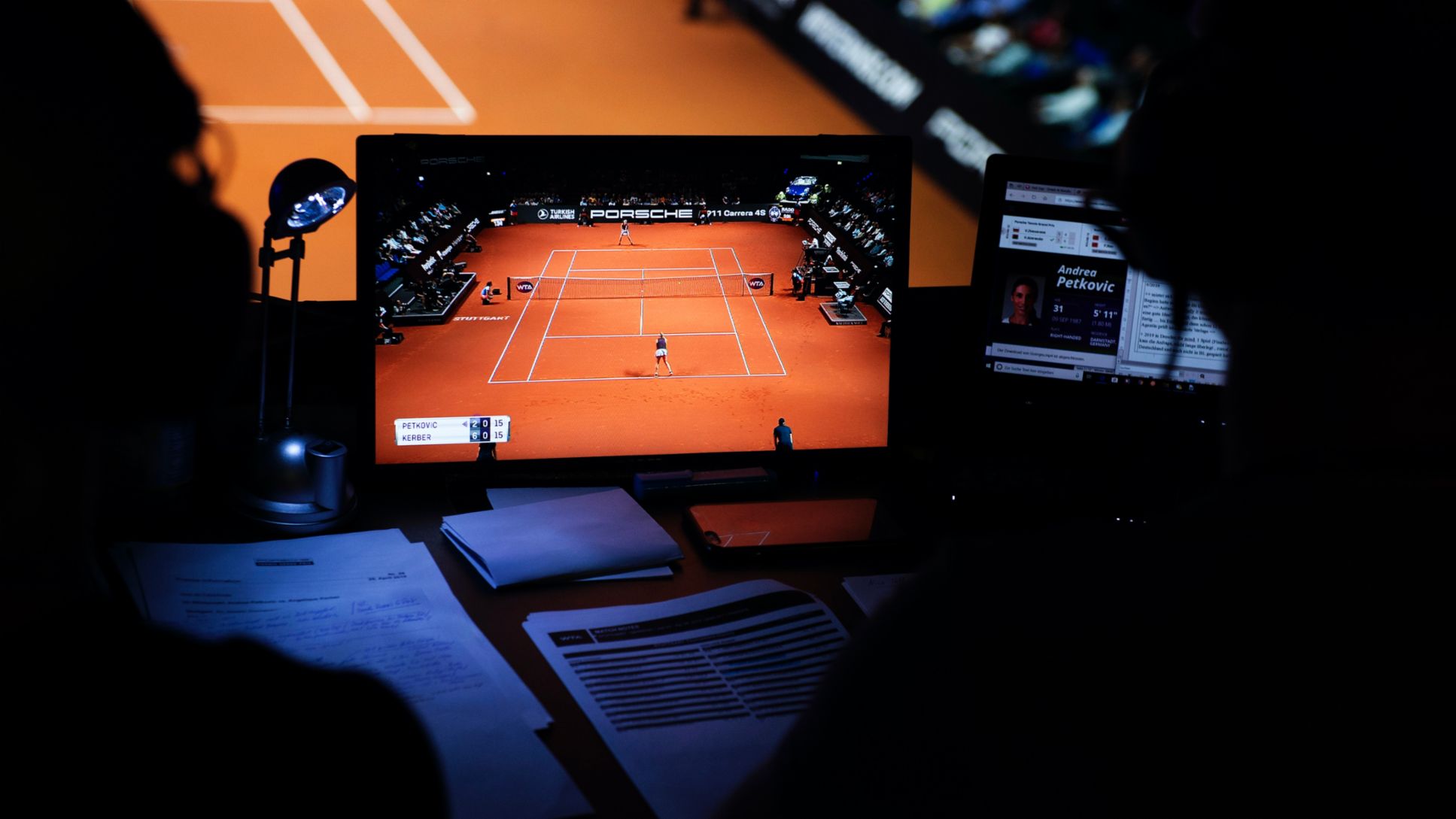 They will be able to participate in the event as a part of the multimedia tennis experience with extra live transmissions on television and in internet as well as interactive digital services. The world’s best women tennis players will once again be appearing at the long-established Stuttgart tournament from 17 to 25 April. Headed by Ashleigh Barty, the current world number one, seven Top 10 players will be competing at the event.

“Even though we regrettably had to decide to play this year without spectators, we want to keep our fans just as involved at this very special Porsche Tennis Grand Prix,” says Tournament Director Markus Günthardt. “We’ve come up with a lot of new ideas to give them a highly intensive and emotional tournament experience via the digital and social platforms.”

Live on television and in internet

To ensure tennis fans do not miss any of the action, this year for the first time every singles match from the qualification can be watched in a freely accessible live stream on the tournament website at www.porsche-tennis.com in Germany. Eurosport’s Wolfgang Nadvornik will commentate on most of the matches live and exclusively and will welcome interesting and expert partners to the microphone like the tournament director Markus Günthardt or the Porsche Brand Ambassador Julia Görges, the now-retired sensational winner of the 2011 Porsche Tennis Grand Prix. The feed for the rest of the matches will be taken from Eurosport’s TV broadcasts.

The most important encounters will be televised live as usual by the Porsche Tennis Grand Prix’s long-time German TV partners. The regional SWR channel will begin their live transmissions on Wednesday and will televise play, like on Thursday, in the Porsche Arena from 1.30 to 4.30 pm. On Friday, it will show the first quarterfinal from 2.00 to 4.00 pm. One day later on Saturday, the channel will air the first semi-final from 3.30 pm. The week’s coverage will end with the final on Sunday at 2 o’clock. Eurosport will televise the action from Monday to Friday starting each day at 5.00 pm. The sport channel’s schedule also includes the second semi-final on Saturday at 6.30 pm. The DAZN streaming platform will broadcast all the matches live starting at 5 o’clock on Monday. As an extra service, action from the Porsche Tennis Grand Prix can be seen on the n-tv news channel’s highlights show from Wednesday onwards. Internationally the tournament will be broadcasted in over 100 countries. The schedule detailing all the transmissions can be found on the tournament website.

A new streaming format designed to get everybody in the mood for the Porsche Tennis Grand Prix will celebrate its premiere: “Advantage 911 – the Porsche Tennis Talk” will take place for the first time in the Porsche Museum on 13 April. It will be live-streamed from 10.30 to 11.15 am on Porsche newsTV at newstv.porsche.com as well as on the tournament’s social media platforms. Taking part will be the two-time Stuttgart winner Angelique Kerber, Porsche Vice President Communications, Sustainability and Politics Sebastian Rudolph and Tournament Director Markus Günthardt.

Amongst the topics, they will talk about the importance of the long-standing tournament from their point of view as organisers, the challenge of holding a tournament like the Porsche Tennis Grand Prix in these difficult times and about the effects of the pandemic on the tennis tour and the players.

New this year are also the extended interactive services for the fans. They therefore can experience tennis from a totally new and unusual perspective. It means for example they have the chance to be their own TV director by choosing the camera position for the live stream. In this way, they can watch the matches from the view of the umpire (Umpire Cam), from a bird’s eye view up in the roof (Dome Cam) or with the camera filming the players from the net (Net Cam). Exciting insights from the players’ warm-up area, a zone spectators normally do not get to see, are supplied by the Backstage Cam. The live stream is enhanced by the latest live data providing an even more detailed overview of the course of the matches. One cannot get much closer to the action in the Porsche Arena.

Even though the traditional players’ fan clubs will not be possible in the arena, the stars will not have to fully go without the support of their followers. The “Fan Reactions” service enables tennis enthusiasts to cheer on their favourite players by choosing various emojis and positive messages on the www.tennis-porsche.com live stream. These are then displayed during the matches in the Porsche Arena both on the big LED screen and the LED perimeter hoardings. They will show the players that their most faithful fans are keeping their fingers crossed for then and are rooting for them at home.

Of particular interest for tennis fans all around the globe is the even more intensive international reporting on the Porsche Tennis Grand Prix’s social media channels. To be found there all through the year is interesting news and gimmicks from the tennis world. New interactive contents will be added during the tournament week. Fans can therefore for example pose players questions which are duly answered after the matches. With a little bit of luck, they will succeed in landing a personalised autograph of their favourite player at the virtual autograph session.

There will also be a reunion with Julia Görges on the tournament’s social media channels. The 2011 Stuttgart winner will, ten years after her big triumph in the Porsche-Arena, be roaming around off-court as a fan reporter in the player’s area. It means she will be close up to the stars at the tournament and will provide special insights into everything going on.

“I’m really looking forward to the new role also because it naturally interests me to see how the Tour has developed in these difficult times after my retirement,” says the Porsche Brand Ambassador. “It’ll for sure be an interesting experience observing life in the tennis world from another perspective. I hope the players will also have fun when I’m interviewing them, and we can transport many interesting insights to the fans.”