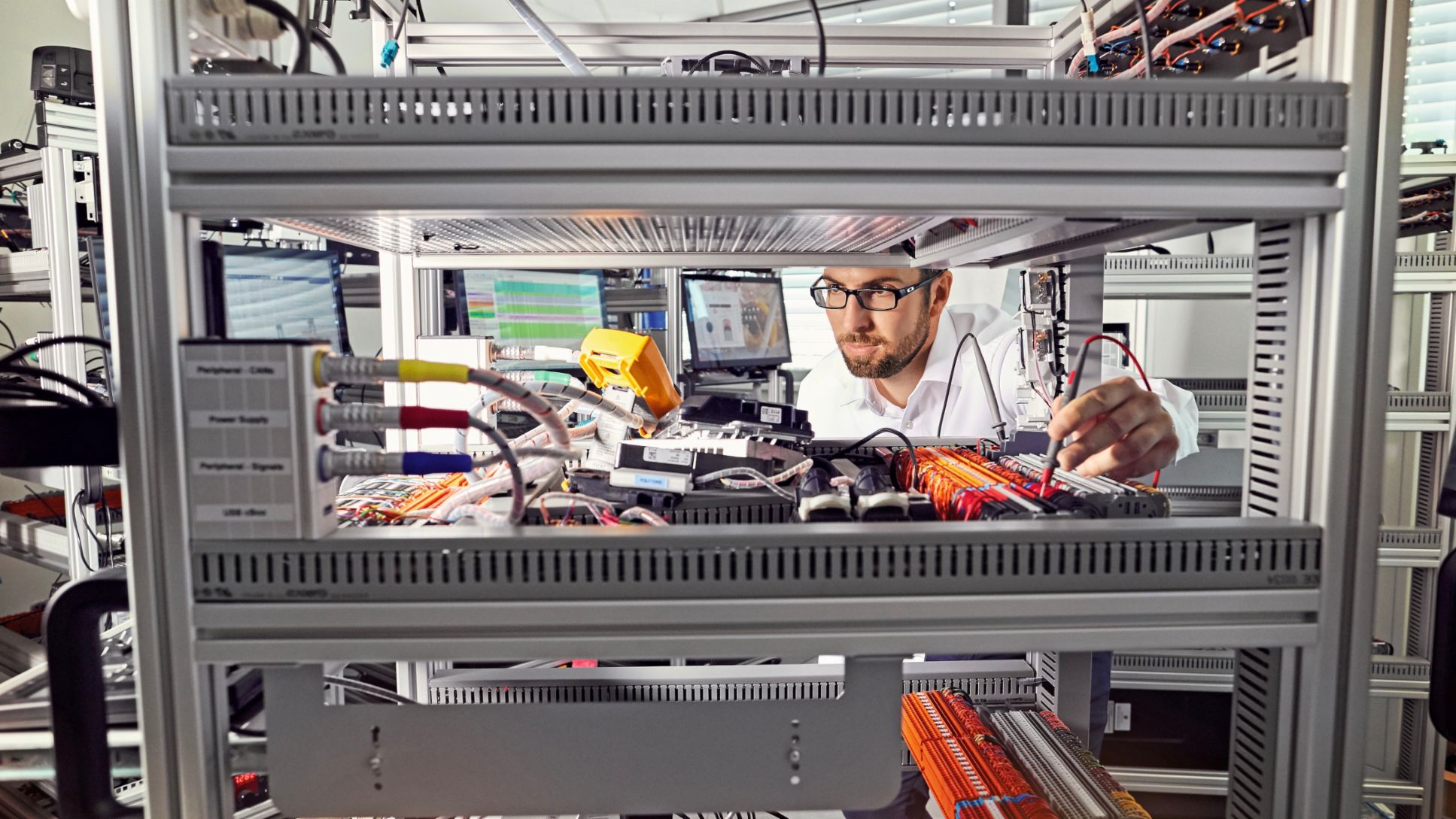 Hardware-in-the-loop helps to develop functions more efficiently and test them earlier – which is why Porsche Engineering uses HiL systems at various locations worldwide, including to adapt vehicle functions to local requirements.

The development of a new vehicle involves extensive test drives totalling several million kilometres with prototypes in the various stages of development. It is the only way to put all the systems through their paces and an integral part of the overall development process. However, advances in modern driver assistance systems call for different strategies. For instance, engineers would have to test a semi-autonomous driving function on the road for several years, but computer simulations are increasingly coming into focus – including at Porsche Engineering

The team uses hardware-in-the-loop (HiL) across many projects. It is a method that has proven itself in component tests and is increasingly being used for highly complex systems as well.

HiL is the link between software and the target hardware in the vehicle. The HiL test bench acts as a replica of the real environment of an electronic control unit or an ECU network. The electronics of the connected ECU are supplied with electrical control signals, while the signals of the bus systems are supplied by a residual bus simulation. For the ECU, this state cannot be distinguished from operation in the vehicle. For test purposes, it is also possible to selectively apply incorrect information to the vehicle’s sensor interfaces and data buses, for instance to simulate the effects of a defective crankshaft or the complete failure of another vehicle system, as a means of validating the ECU’s diagnostics.

The basis for the HiL simulations is detailed mathematical software models, which are created with Matlab/Simulink and reproduce the physical processes in the vehicle. They are stored in libraries from which the modellers can extract suitable modules – based on the engine variant or chassis type, for example – and combine them to form an overall simulation model. Among other things, the library contains models for the behaviour of an intake system or the combustion chamber, but also complex models of various chassis with or without adaptive air suspension, anti-roll stabilisation, and a wide variety of wheels.

Access to the libraries means that not every HiL simulation model has to be reprogrammed. Instead, it is sufficient to configure and parameterise the existing modules. However, replicating the physical processes in the vehicle is very computationally intensive and requires an appropriate infrastructure. “We have installed several very powerful computers in the HiL test benches and can now easily reproduce individual sub-models physically and correctly in real time. There are also models of the entire vehicle network, the driver, and the environment. But in some complex processes, such as the entire combustion cycle in the engine, we currently still have to find a workaround,” says Jörg Turowski, who is the specialist project manager at Porsche Engineering responsible for powertrain HiL systems.

“Some of our Hil tests would be associated with a high risk of personal injury and property damage in the vehicle.” Jörg Turowski, Specialist Project Manager for powertrain HiL systems

That’s why the HiL experts use neural networks, which require significantly less computing power than physical models. Among other things, they are used to simplify physical models. In a simulation model of an engine, for example, the sequence of the combustion process is calculated from the control signals of the engine control unit. The simulation provides values such as the generated torques and sensor signals as output variables, which are fed back into the engine control unit. By using a neural network, these output values do not have to be calculated using a physically correct formula. Instead, the neural network provides them in real time. To do this, however, it must first be trained with the data from a real prototype engine or a physical model that is not capable of real-time execution. Porsche Engineering has been using neural networks very successfully in its simulation models for years.

The possibilities for validating software are almost unlimited thanks to HiL test benches. “With hardware-in-the-loop, even test cases that are very difficult to examine on the road or in field tests can be analysed,” explains Heiko Junker, Senior Manager Powertrain Electronics at Porsche Engineering. This applies in particular to the study of extreme situations.

"Some of these tests would involve a high risk of personal injury and property damage in the vehicle,” adds Turowski. “But with hardware-in-the-loop, they can be repeated as often and exactly as desired.” As examples, he cites tests at high speeds, deliberately exceeding limits, and testing software responses to signals that are only triggered in the event of an accident. “This is important, for example, to validate protective functions,” says Turowski.

When using hardware-in-the-loop, Porsche Engineering benefits from its many years of experience in the field of simulation. In addition, the identical simula- tion models are used in the complete validation and integration process. “This allows us to exploit many synergies,” says Junker. “We are also aided by fully automated processes, from the specifications to the test result. We use test specification generators and test case generators for this.”

Customers benefit from a one-stop service: Porsche Engineering offers them a complete package – from the concept to design and commissioning to residual bus simulation and physical modelling. Added to this is a detailed analysis of the test results, including recommendations on possible remedial measures.

Several Porsche Engineering locations work closely together on HiL projects. This intercontinental cooperation on the basis of the same processes, techniques, and methods gives Junker and Turowski the opportunity to distribute tasks worldwide according to the availability of resources and expertise and with due regard for the special features of the markets.

For example, while the site in Mönsheim provides the HiL test benches for component and function developers and develops the concepts for future HiL systems, the tools for automated test case implementation and evaluation are continuously optimised in Prague, as well as in-house HiL systems for test case execution. The team in Shanghai, on the other hand, specialises in the creation of physical simulation models and the integration and teaching of neural networks.

“We can also take advantage of the time difference between Germany and China,” Junker says. “If we find an error in the simulation model here during HiL tests, it can be analysed overnight in Shanghai.” There, as well as at the other international locations in Cluj, Prague, and Ostrava, Porsche Engineering maintains laboratory space with a total of more than 60 HiL test benches. In addition, there are another 40 or so test benches in Germany, making it possible to meet the steadily increasing demand. In the future, the use of HiL technology will continue to increase, as the trend towards fewer and fewer real prototypes will continue. "This is why we are continuously expanding our HiL capacities,” says Junker.

The computing power required for highly complex simulation models is available, as it can be increased almost indefinitely by moving parts of the model to the cloud. “Moreover, the ECUs at the test benches are already connected to the backend today,” says Turowski. “So cloud functions can also be validated at an early stage.” Even the complete replacement of prototypes seems conceivable: “We are working on connecting several component HiL systems in the cloud to form a virtual complete vehicle,” says Junker. 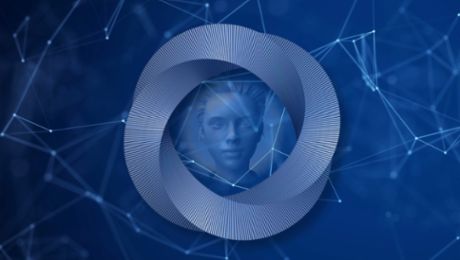 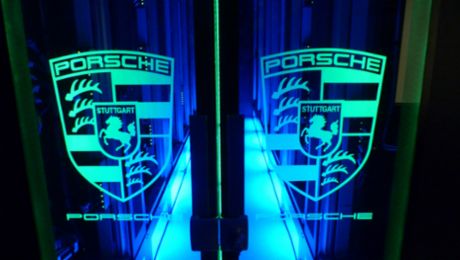 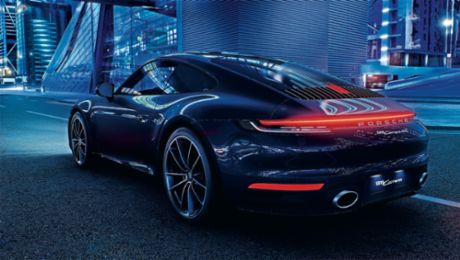 Game engines bring computer games to life. Porsche Engineering reports on their use.