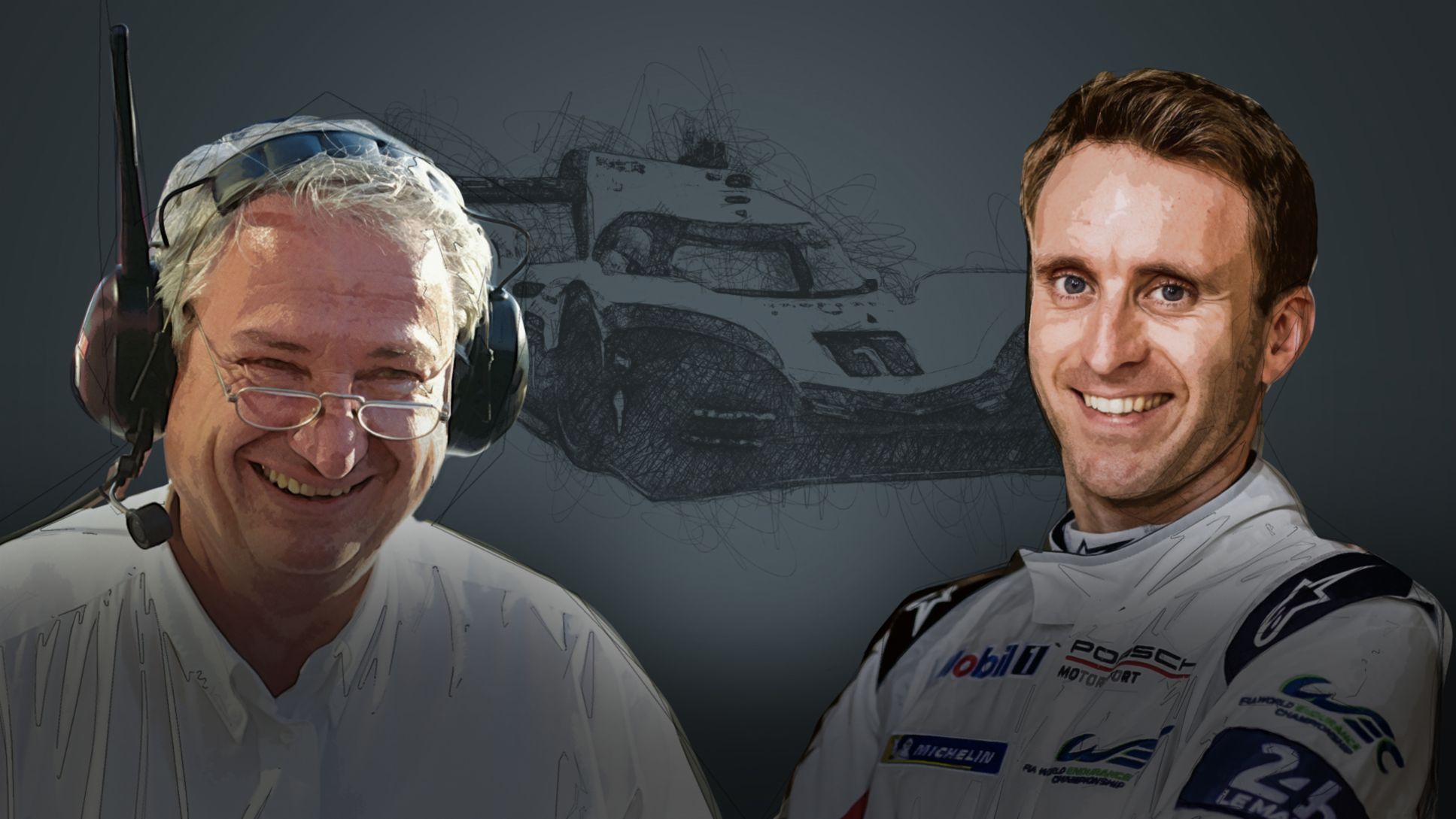 As the 24 Hours of Le Mans nears, the veteran works driver and the influential engineer recall several decades at the Circuit de la Sarthe.

Norbert Singer was an instrumental part of Porsche’s 20th Century racing success, working on the Porsche 917, 936, 956 and 962 and achieving 16 overall victories at Le Mans. He retired in 2004 but remains closely associated with motorsport and still attends the 24 Hours of Le Mans every year.

Timo Bernhard started his career at Porsche more than 20 years ago and participated at Le Mans for the first time in 2002. The driver in the 919 Hybrid programme, Bernhard claimed victory for Porsche at la Sarthe in 2017 and was part of the team that twice won the World Endurance Drivers’ Championship.

The two stalwarts of Porsche Motorsport began by reflecting on the marque’s close association with Le Mans, what makes it so special and why Porsche performs so well there …

Norbert Singer: “Le Mans and Porsche have always been connected. Porsche went to Le Mans for the first time in 1951, actually very shortly after the Porsche name came into being. Ferdi Porsche had the foresight to say we want to go there and we want to look good there, through a good finishing position. It worked, and for me that’s the connection.”

Timo Bernhard: “When I started in motorsport, the Le Mans and Porsche legend had already been born. Your generation contributed hugely to that. For me, it was one of my goals to drive a Porsche at Le Mans because it is simply the hardest race for a driver – the speed and distance over 24 hours. And the huge sections of public road make it the last real adventure for a racing driver.”

Singer: “Le Mans is very long, also, and very fast which really suits the characteristics of a Porsche. There are various things you need: first of all, you have to have a car that is reliable, which gives you the chance to drive for 24 hours; second, it should have a certain basic speed. That doesn’t mean that you drive around in 30th place somewhere, but 14th place is good enough, just like 50 years ago. At Le Mans, the position on the starting grid is actually the least interesting thing. It’s not like Grand Prix thinking where you start in pole position, drive through and win. Le Mans is completely different. You need to drive consistently and not make any mistakes.”

Bernhard: “Yes, to finish first, first you have to finish. It was my dream to achieve overall victory with Porsche at Le Mans. So in 2017, when the car was pushed backwards into the pits after three hours, it was a shock. But when the car drove out again after 56 minutes, we were listening to the radio when Brandon Hartley said “the car feels ok” and there was a little bit of hope. We kept up the pace, gave it everything and when I crossed the finish line, it was a very emotional moment, because I was really focused. Something can always happen: you think about nothing else, focus on the job, and concentrate on that alone. We thought it was over, and then we finally achieved our goal. Those emotions I will never forget.”

Singer: “It was very similar for me. The best races were always the ones that ran without problems at first, so everything went according to plan, pit stops and so on. And the longer it went on, the more nervous I got. If there was a puncture just before the pits, and it came in a bit earlier, I’d think now we’ve got that behind us, we can drive normally. You’re tense until the end, and we saw in 2016 that the leader can change in the last lap. It’s a huge disappointment, but it’s part of the experience, because when you win again, you’re twice as happy.”

Bernhard: “Absolutely. As a driver at Le Mans, you are in the race, even when you are not driving. This means that there is no time to really switch off or to relax in any way. You see then what your body can do with little sleep, because in the second half of the race we would set exactly the same times as the day before. That was always astonishing for me.”

Singer: “We always used to say that at 6 a.m., when it gets light again, that is the witching hour. Because that’s exactly what it is: you still have to be concentrating and there are drivers – I mean, there are 40 or 50 cars driving around – who are less focused and that’s when the silliest accidents happen. There’s a lot of luck involved at Le Mans, both good and bad. You can’t really do Le Mans by simply saying: "Now let’s go and win this". There are so many things involved that you cannot control.”

Bernhard: “Dr. Wolfgang Porsche said on our first appearance with the 919 in 2014: "Despite all the preparations you need the necessary bit of luck!”. In 2017 there was a little bit of luck, but in 2014 we coasted out of the race with engine failure two hours before the end. I have always thought you need to be open about the result – just putting in your best performance and accepting the result. Only afterwards do you try to analyse everything.” 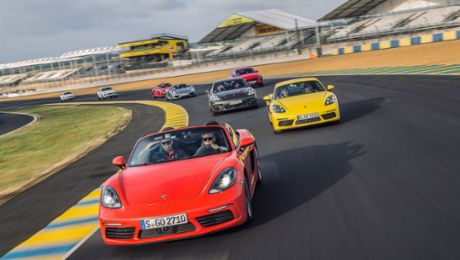