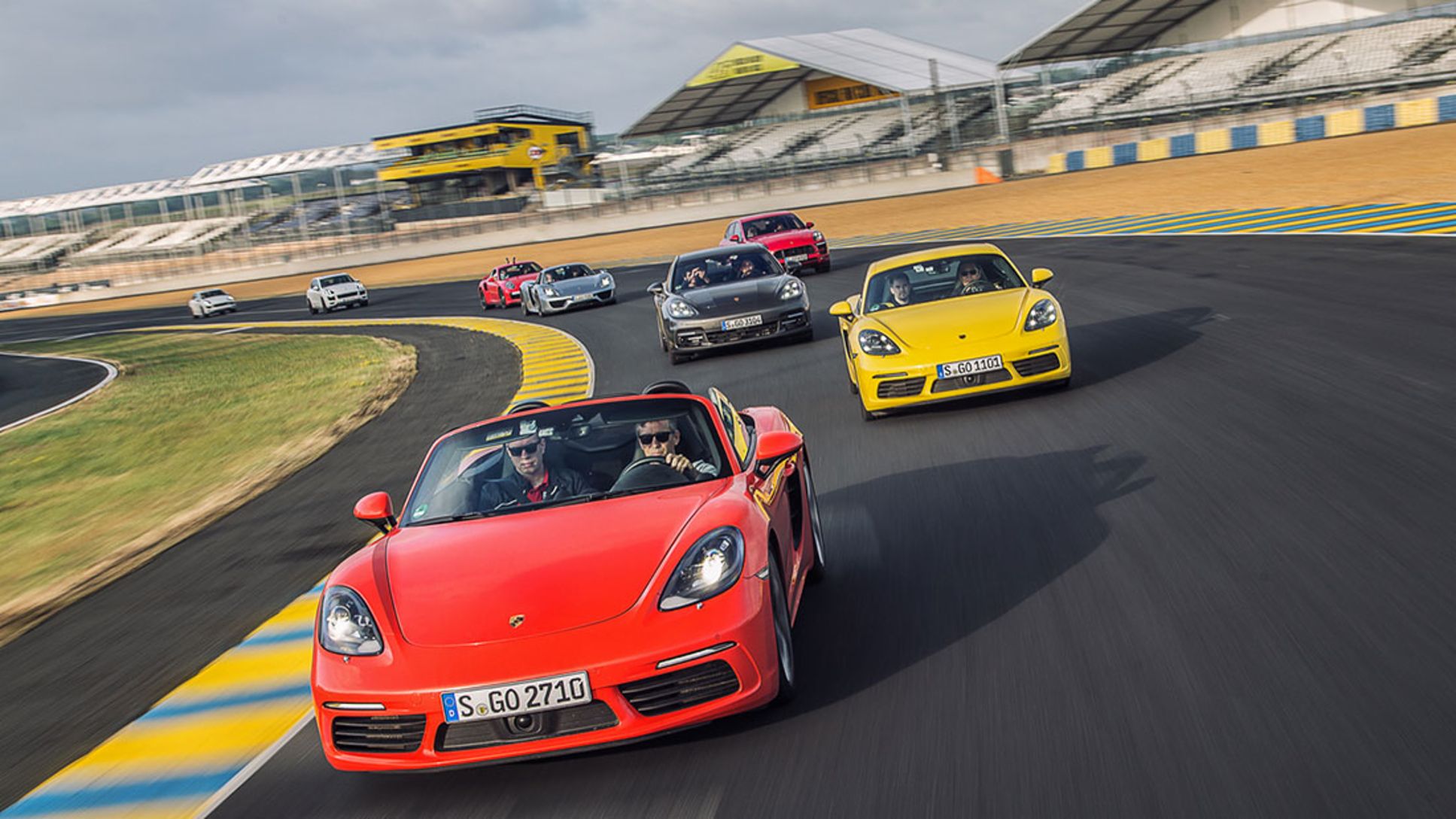 With just a week to go before the 88th running of the 24 Hours of Le Mans, we look back to our own epic endurance test, and remind ourselves of the superhuman effort required to race around the clock.

This year, the 24 Hours of Le Mans will take place over the weekend of 19/20 September, rather than its traditional midsummer slot in June. And it’s set to be a huge test of autumnal endurance.

Racing later in the year poses extra challenges for the teams and drivers. There will be fewer daylight hours, more time spent driving through darkness, lower track temperatures and potentially unfriendly weather. And if the sun does shine, it’ll be lower in the sky, beaming right into the drivers’ eyes.

For the Porsche GT Works team, this is what round-the-clock racing is all about – no matter what the time of year. But what does it really take to keep the wheels turning – and your wits about you – for 24 long, arduous hours?

Three years ago, Porsche sent a team on a mission to find out. The idea was simple: to travel the distance covered by the race-winning Porsche 919 Hybrid during the 24 Hours of Le Mans the previous year (2016). That’s a remarkable 5,233km (3,251 miles), or 384 laps of the famous old circuit.

Incredibly, that’s the equivalent of driving from deep inside the Arctic Circle, all the way to Tarifa in Spain – the most southerly point in mainland Europe.

So that’s exactly what the team did – a non-stop, cross-continental journey, in a fleet of Porsche road cars driven by groups of journalists. In just three-and-a-half days. The adventure was dubbed Le Mans Unravelled. And – as the world looks forward to this year’s race – here’s a behind-the-scenes look at how it was done…

The journey begins in the icy fishing port of Bodø in Norway, five hours inside the Arctic Circle. Parked up outside the hotel are a Porsche 718 Cayman S, 718 Boxster S, 911 Turbo S, Macan GTS, Cayenne E-Hybrid, Panamera 4S Executive and a 918 Spyder. Plus an additional Cayenne and Macan to carry the film and production crew.

Oh, and two tour buses. Just like the ones rock stars use. These were to be the sleeping quarters; mobile hotels following the convoy. The journalists drove during the day, while a team of support drivers – stationed along the route – did the night-time legs. So, just like at Le Mans, while some drivers slept, others kept the show on the road.

It’s May, but temperatures are still well below zero as the group sets off into Scandinavia, through pine forests, alongside frozen lakes – dodging the odd road-going reindeer – and toward the first driver swap near Stockholm, well after sunset.

Back in the cars after the first night on the coaches, and still in Sweden (it’s a long country), the convoy finally crosses the astonishingly engineered 16km Øresund Bridge at sunrise, and whizzes across Denmark to make the ferry to Germany – quicker than crossing the land border. Ahead lies a day of autobahns, where – on the stretches without speed limits – it’s almost possible to imagine being on the Mulsanne Straight itself; the world smudging past the windows.

Entering the Netherlands the group is still only halfway to Tarifa, so on the team pushes until boarding the buses in Belgium. Did you know that during a 24-hour race, it’s not unusual for a driver to lose 3kg in bodyweight? Not tonight. There was pizza.

The convoy awakes, as you do, in Le Mans. Much of the Circuit de la Sarthe is made up of public roads, including the 6km (3.7-mile) Mulsanne Straight – or the D338 as it’s known on a Monday morning. The cars drive down it (no need to imagine now) turn hard-right at the end, carrying on through Indianapolis, Arnage and towards the Porsche Curves.

Permission is given to access the pit straight (on the closed part of the track) to recreate an old-fashioned, Le Mans-style start – the journalists sprinting to the cars parked across the track … before being allowed a full lap. All before breakfast.

Skip forward 12 hours or so, and the group reaches in Spain, and Motorland Aragón, where the darkness is pierced by the laser lights of the Porsche 919 Hybrid in the midst of a 36-hour test, in preparation for the year’s big race. What a day.

The next morning isn’t as welcoming – there has been a blowout. One of the coaches has a puncture, bringing the team to a grinding halt at the side of the road. It is the only mishap of the entire trip, and just as the finishing line comes into sight. As a metaphor for the anguish of endurance racing, you couldn’t make it up.

So, squeezing everyone onto the remaining bus, then transferring to the cars, the group cruises the last 100 miles to Tarifa; the Mediterranean glinting away on the left. On the other side: Morocco and the Atlas mountains, just visible through the haze. Beyond those, the Sahara Desert.

Suddenly, that is that. From sub-zero Scandinavia to the Spanish sunshine in just a few days. Over 5,233km. Sixteen fuel stops. Six driver swaps. Eight countries. And just nine minutes behind schedule.

In 2017, the Porsche 919 Hybrid would go on to win the 24 Hours of Le Mans again – the 19th overall win for Porsche in the world’s toughest endurance race. Crossing the line took a split second. But it wouldn’t have happened without 23 hours, 59 minutes and 59.9 seconds of superhuman effort beforehand. As they say in racing: to finish first, first you have to finish. 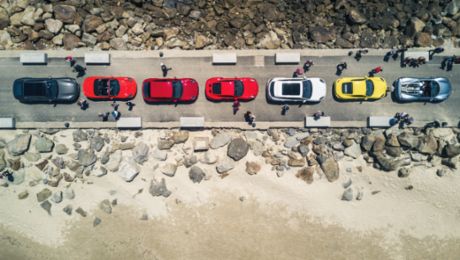 Journalists from all around the world had the opportunity to sample a taste of the classic endurance race. 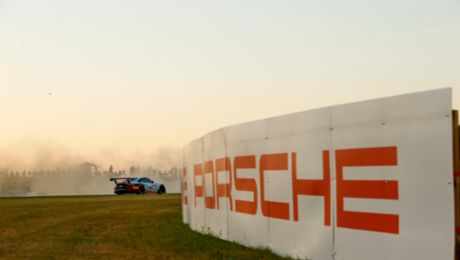 The famous Porsche Curves represent the most spectacular section of the French endurance classic. 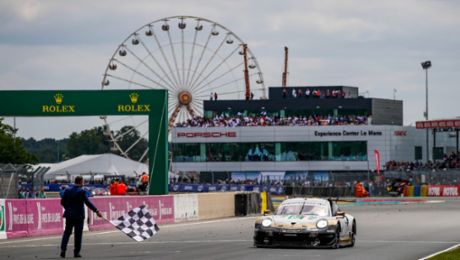