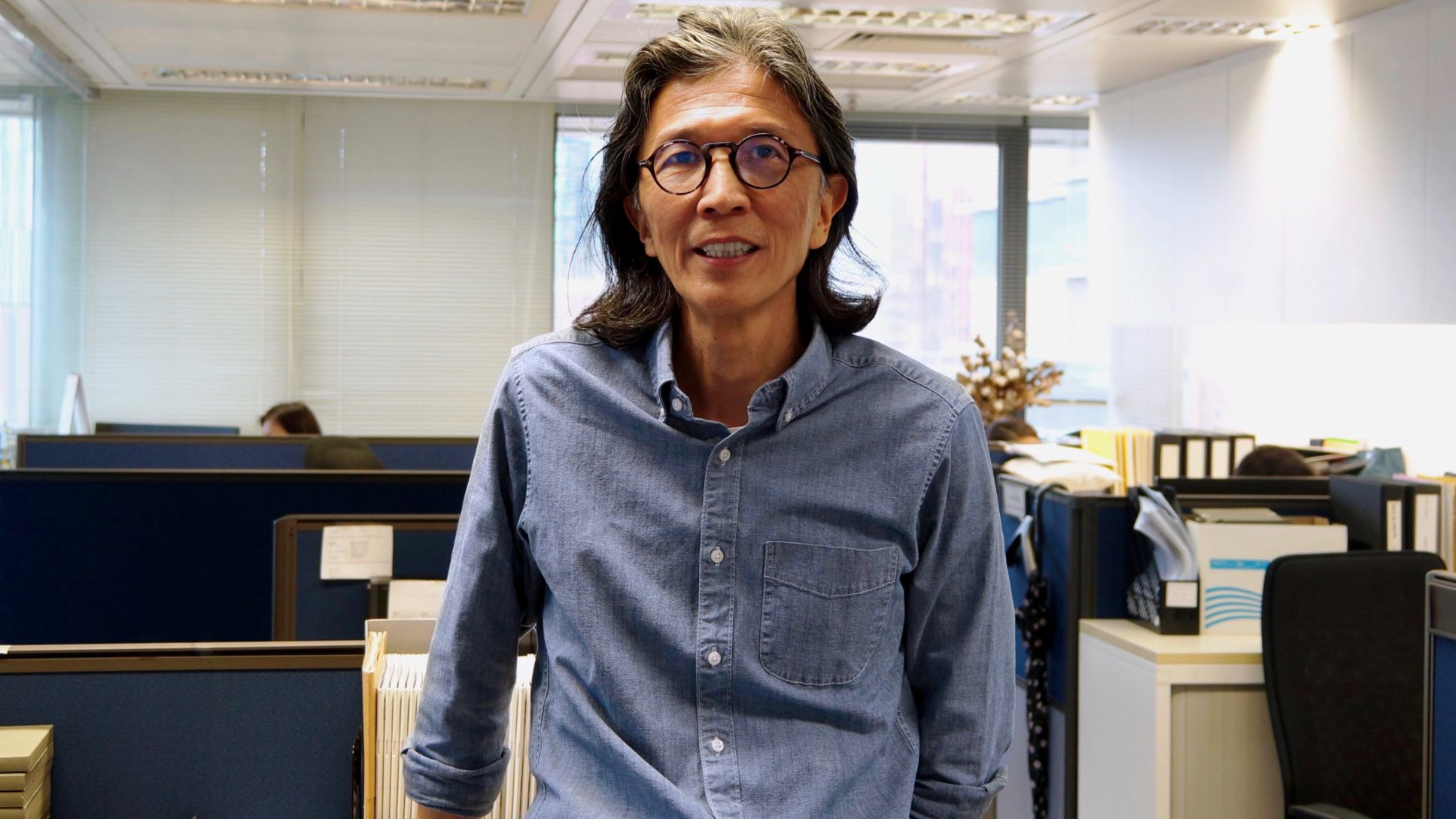 “You want friends around the world, not enemies”

Professor Edwin Keh greets the camera, sitting in his office at the Hong Kong Research Institute of Textiles and Apparel (HKRITA), surrounded by stacks of books and documents. The CEO of the Institute—who also teaches supply-chain operations at the Wharton School of the University of Pennsylvania and the Hong Kong University of Science and Technology—is a veteran in managing procurement and supplies for notable brands such as Walmart, Payless Shoes, and Abercrombie & Fitch. In recent weeks he has been—in his own words—“outrageously busy.” As the Covid-19 pandemic has sent demand shocks to economies around the world, his advice is sought after more than ever. In between meetings with officials to work on an antiviral reusable face mask that’s good for as many as sixty washes, Keh takes time out for an interview with Porsche Consulting Magazine.

Professor Keh, what are your observations on the impact of Covid-19 on global supply chains? What messages is it sending to companies?

Edwin Keh: It’s the first modern pandemic. Although people had some standard playbook to refer to when the economy shut down, they found that there really isn’t a scenario of what we are going through. In February 2020, the supply side stopped when manufacturing got shut out, and by March, demand disappeared. Since May, we have begun to come out of this general hold. By now, we realize that our modern lifestyle is only possible because of these very nicely oiled global supply chains, which provide the quality of life that we enjoy. The shock was that we now can see the vulnerabilities that we have. It requires everything to be in a very stable and predictable environment. We have been in a period of peace globally for the past fifty years or so. There were no jarring, disruptive changes. So we have a sense of security that this is what normal looks like. Part of the psychological changes that we are experiencing right now is that it turns out that the last fifty years were the abnormal period of history, if you will. We need to think about having more robust supply chains, and how to ensure that we have more security of the supply chains.

Which weaknesses in our modern supply chains did Covid-19 bring to light?

Keh: There’s always a trade-off when we look at supply chains. You want supply chains that are fast, cheap, and high quality. You can probably get two out of three, but it’s hard to get three out of three. Since we have been in a very secure state; companies were looking for more and more price savings because they thought they could go further and further without having to pay extra for risks. If you look at some of the shortages in the first phase of the pandemic, it would affect things normally have very flat, non-seasonable demand. One great example is toilet paper. It’s all this panic sentiment that created this demand for something that should have been very predictable. PPE (personal protection equipment) is the other extreme: it was such a commodity that nobody wanted to make any PPE because it was so cheap and so ubiquitous. And then all of a sudden, we find we have a single point of failure on our supply side.

Some would say that parts of the world saw signs of disruptions ahead, but many supply chains still failed to react in time. What do you think is the reason?

Keh: The American researcher Jim Collins named this the Stockdale Paradox. When facing a problem, you must not be simply optimistic or pessimistic. That’s because if you are too optimistic, you won’t do anything. If you are too pessimistic, then you are paralyzed. You have to be a realist and look at the brutal facts, and that is the hardest thing to do. The scale of the pandemic overwhelmed us. The appropriate responses were not developed ahead of time, so reactions were slower because we never accounted for something like this.

So if stretching too much without preparing for the risk is the problem, what can supply-chain managers do to start making changes?

Keh: What supply-chain officers should consider now is that except for cost optimizations, they should strive for more security as well, maybe just by getting some insights. It turns out a lot of people didn’t have great visibility into their supply chain. They didn’t know that it was their tier 2 or tier 3 component supplier that was creating the holdup. On one hand, tools such as the blockchain are helpful, but that’s the hardware portion of the answer. I think the software portion of it—which is the relationship and the network of the people and the companies—is even more important. We should have learned this with SARS, with the tsunami in Japan—there were many occasions in which we could have had a practice run. But we defaulted back to making things cheap—so that I think is something decision makers now should reconsider. What they need to do is to really spend time on understanding the interrelations and connectiveness of the supply chain. So much competency has been outsourced that even asking the right technical questions is difficult for some supply-chain officers because it just has been so compartmentalized. When Henry Ford built the Model T, everything was in-house—he owned the forest, the mines and the assembly lines. The temptation in the past decades was that companies only focused on the consumer-facing part of things and outsourced the other parts. And what we are learning from this pandemic is that it could be problematic.

“Global trade is the foundation of peace and prosperity.” Edwin Keh, CEO of the Hong Kong Research Institute of Textiles and Apparel (HKRITA)

This leads to a popular discussion about “onshoring.” Do you think some kind of self-efficiency is the answer to supply-chain security?

Keh: From an emotional standpoint, localization, onshoring, and regionalization are all going to be what people think about. But it should begin as a strategy discussion. If you say the availability of PPEs, ventilators, or certain drugs is paramount to me, you should make a decision based on that strategy. But the other question you must ask is, do you want friends around the world? Global trade pulled us closer; it created more understanding and relationships; and it’s the foundation of peace and prosperity that we’ve been enjoying. So that could be a strategic consideration—I do business in China because I want to have friends in China, or I want to have a customer base, or to rely on China in some circumstances. So a better solution may be a more robust globalization, because it’s better to have friends around the world than enemies.

When you consider relocation of supply chains, it also depends on which segment of the market you are in. If you are a steel mill, you probably are stuck in one place because it’s hard to move. But if you are Louis Vuitton, you have a lot of flexibility and can be quite dynamic. If you are Apple, and the value of your product is in the user interface and the coolness of your design, then for you cost may not be as big an issue as long as you keep the demand for your products high. If you are Walmart, then perhaps you still have to optimize and think about how to make things 10 percent cheaper.

China, as a global manufacturing hub, is undergoing an economic transition itself. How does it play into the shift of global supply chains as a result of the pandemic?

Keh: The process may be accelerated by the pandemic, but it was already heading in that direction anyway. China doesn’t want to do all the cheap manufacturing jobs anymore—because of pollution and a rapidly aging population. It is gradually shifting from a manufacturing economy to a consuming economy. For the next three to five years, I suspect that it’s not China that is going to experience the biggest shift. It could be India—the change would be much faster and even more radical. From 350 million to 500 million Indians could be jumping to the middle class. Their demands will create relational changes in supply chains. So all in all, companies haven’t been giving this sufficient thought—why are they manufacturing in China? Because they did it twenty years ago when they wanted something cheap and wanted to make lots of it. Today this is no longer valid but many companies are still doing it the way they did back then.

“Credibility is one of the things that determine winners and losers out of this pandemic.” Edwin Keh

Economies around the globe have been shifting towards a more sustainable way of doing business. Do you think the crisis is a chance or a threat to that trend, since it may become a luxury when companies are cash-strapped?

Keh: If companies abandon their sustainability and social commitment as a result of this pandemic, people will say, “You were just greenwashing; you never took it seriously.” At the end of this, those companies won’t be able to attract the best talent, and they will lose brand credibility with their customers. If companies go through this and say, “We are still going to be true to the statements about who we are,” then they will become much more credible and powerful as brands. It is one of the things that will determine winners and losers out of this pandemic.

What advice do you have for companies struggling with this crisis?

Keh: It’s not only about your survival; it’s about the survival of everybody in your supply chain. The way to come out ahead in this pandemic is for your entire supply chain to come out intact. I deal with a lot of apparel brands, many of whose first reaction was to cancel orders. What I kept reminding them is that if you come out of this OK, and you open up your shop, but you don’t have anything to sell because all your factories are down, then you are still dead. You have to come out of this with your supply chain—whatever shape that is, after all the actions that have to be taken to conserve cash. That’s a concern that goes beyond the four walls of people’s offices, and will challenge supply-chain managers to be thinking about. 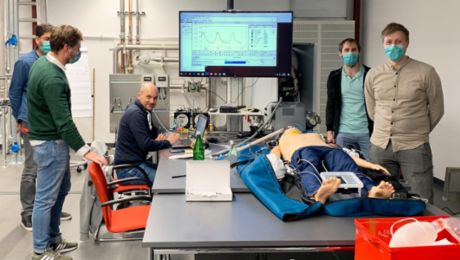 In this time of crisis, many companies are switching to manufacturing essential products, launching initiatives, and sending their employees to places they are needed. A look at their reasons. 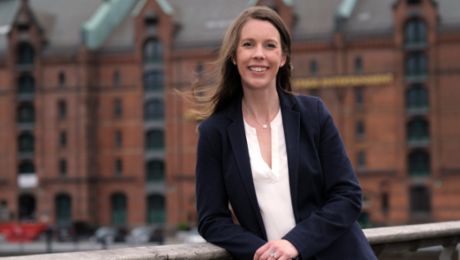 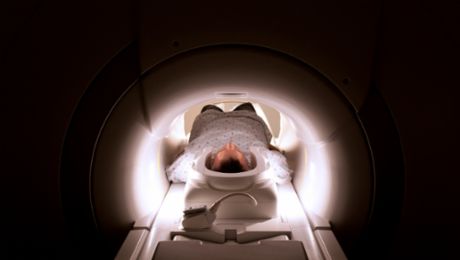 Digital innovations not only simplify the lives of doctors and patients but can protect them too. 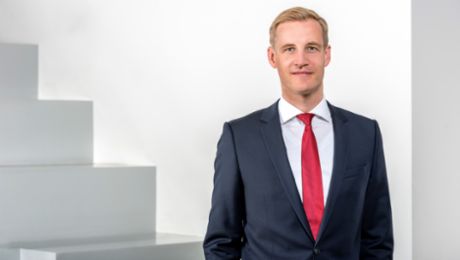 Quick Money—Run on the Banks

Which companies will survive the Covid-19 crisis, and which will not? Banks play a key role in this question. How DZ Bank is moving quickly to the aid of its clients.