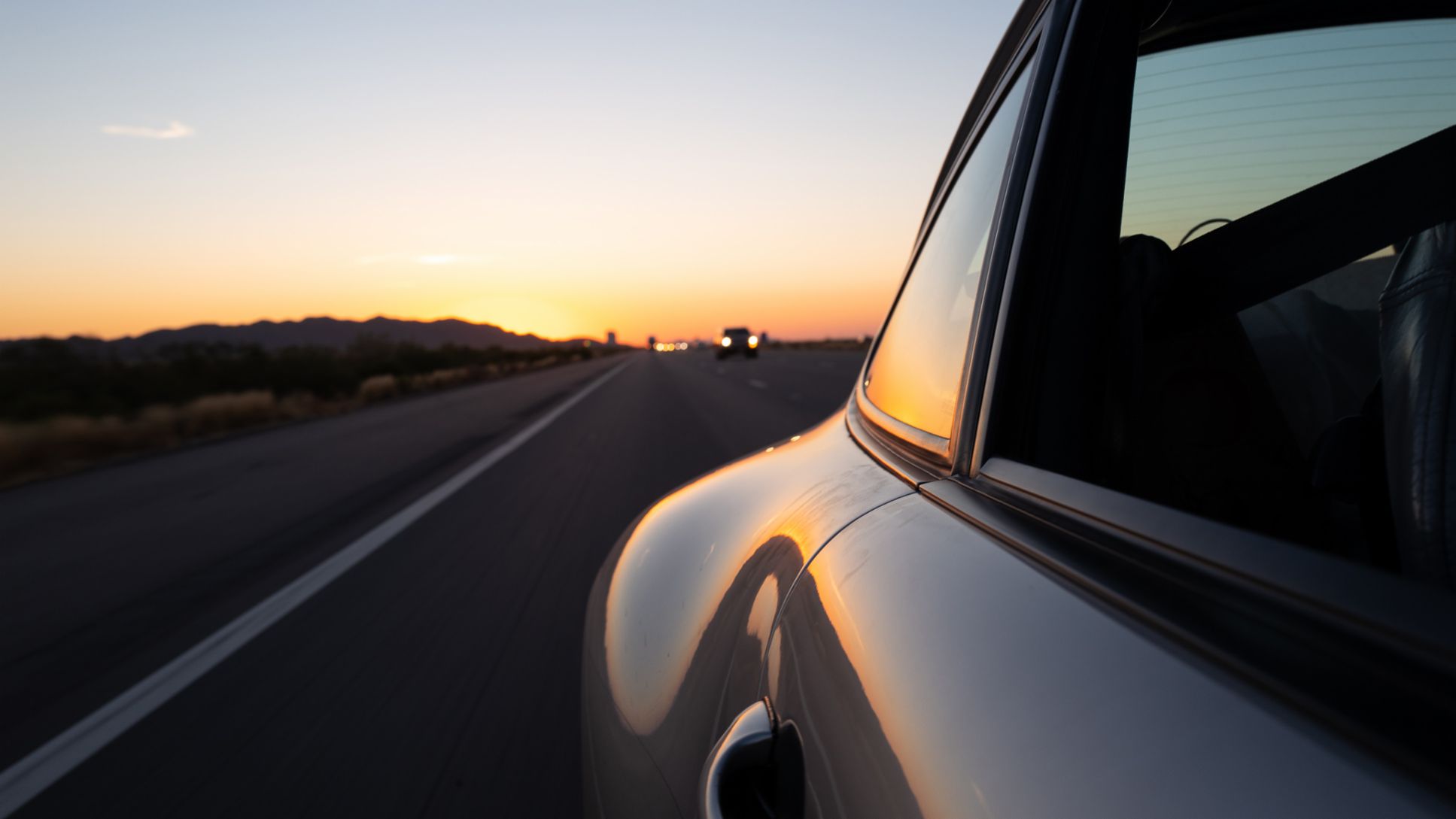 For many of us the road trip exists only in the imagination; a desk-jockey’s daydream, pencilled wistfully onto the retirement bucket list. So it takes the likes of Anthony Coyne, Porsche lover and inveterate mile-muncher, to fulfil our fantasies for us.

47-year-old Anthony is a British business owner and long-time Porsche fanatic whose passion for 911s is equalled only by his desire to drive them. When Anthony and his partner, Californian ex-pat Renée Logsdon, decided to organise a driving holiday in the US, it took shape with a bit of a twist.

All too familiar with the fly-and-drive variety of road trip, where a ubiquitous rental awaits you at the airport, Anthony began exploring the possibilities of shipping his current daily, a 993 Carrera, to the start point. So much time was spent exploring the dos and don’ts, the bureaucracy, challenges and pitfalls, that Anthony decided to start recording what he unearthed.

And what began as a how-to eventually evolved into a colourful and sprawling blog that would document the entire journey, warts and all, bringing together one of the world’s greatest sports cars with several thousand miles of its greatest roads.

Anthony’s Porsche journey really began 12 years ago, with a 986 Boxster S. This made way for a rare non-metallic dark blue 964 Carrera, a car he regrets selling to this day. But he did so to fund a first gen Boxster Spyder, a performance high-point that scratched an itch, but ultimately also bowed out in favour of another air-cooled 911, his current 993.

Fast forward to the beginning of June, 2019, and Anthony and Renée are standing on the docks in the Port of Charleston, South Carolina. After several weeks at sea, the 993 has made the US mainland and Anthony is reunited with his other beloved, 4,000 miles from home. The first thing he remembers, as he clambers aboard in the sweltering heat of summer in the Deep South, is that the 911’s air-conditioning has never really worked.

That first drive inland from Charleston is almost unbearable. An attempt to get the system re-gassed has no discernible effect, and as they stare down a road that will ultimately zig-zag across Arizona, California, New Mexico and Texas, what an old friend once referred to as ‘God’s A/C’ looks like their only hope: windows down, foot down.

The start of this epic journey takes in Nashville and Kansas, en route to Mount Rushmore. Long hours at the wheel are offset by the 993’s ability to cruise comfortably at 3,000 rpm in top, and by the rock-bottom price of fuel in the US.

Early starts become an imperative, to lay down miles in the cooler morning air and make meaningful dents in a punishing itinerary that often sees the pair on the move for 12 hours in a day, driving 700 or 800 miles. The Badlands National Park offers incredible backdrops, the winding roads through the Rockies above Denver a welcome dynamic challenge.

Around a week into the trip, a strong smell of fuel begins to permeate the cabin. Anthony calls ahead to the Porsche dealership in Albuquerque, who shift some work around to have a ramp ready for the 993’s arrival. The diagnosis is a faulty injector, which cannot be fixed without a long delay awaiting parts.

Anthony proposes that they turn off the offending injector and carry on to Palm Springs where a scheduled week-long layover will give them time to receive the parts and carry out the necessary fix. The plan works and the 911, down on power but largely leak-free, crawls carefully onwards, now equipped with not one, but two onboard fire extinguishers.

A foreshortened route to Palm Springs still manages to take in Sedona and Route 66, the heat of the A/C-free car and the faint background whiff of petrol ever-present reminders that all is not entirely well. But the 993 ploughs on valiantly, climbing 3,500 ft into the Black Mountains, through the Mohave valley to the salvation of Palm Springs. And the Official Porsche Centre (OPC) therein.

A week’s downtime in Palm Springs allows Anthony to hand over his car to Porsche for a full inspection. The OPC not only sets about fixing the injector, but lends Anthony and Renée a delivery miles Panamera as a courtesy car. The contrast in size, comfort and tech is astounding, and the perfect accompaniment to a week of luxury, feet up by the pool, recharging their batteries for the road ahead.

But as soon as the 993 is firing on all cylinders, and boasting ice-cold A/C at last, it’s back out onto some of the best driving roads in California. On the famous ‘Palms to Pines’ highway, a destination for serious drivers from hundreds of miles around, they are briefly joined by another 993 and a Boxster GTS. Kindred Porsche spirits are everywhere.

Temperatures soar past 120 degrees in California and the A/C begins to play up once again, causing tempers to fray in the baking confines of the 993’s cabin. Turning east towards Tuscon, the driving is a constant battle with heat and dehydration, skimming the Mexican border towards Texas. Saguaro and Big Bend national parks offer up the distraction of more challenging driving, and the occasional brush with local law enforcement, and as the day flick by, Texas bleeds in to Louisiana and the relative respite of New Orleans and the Mississippi.

It is testament to the 22-year-old 993 and to Anthony and Renée’s relationship that both survive the incredible ardours of transcontinental driving in almost unimaginable extremes of heat. By the time the pair cross from Alabama, through the Smokey Mountains, Tennessee and back into South Carolina, they had driven an incredible 8,000 miles in less than two months. And aside from one errant fuel injector, and an A/C system with a mind of its own, the car has been faultless.

You can read the whole of Anthony and Renée’s blog here, where the pair also offer recommendations on places to eat and stay across the entire route. It’s an invaluable guide and a heroic tale. Inspiration for us all… 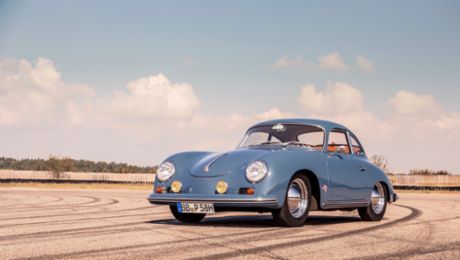