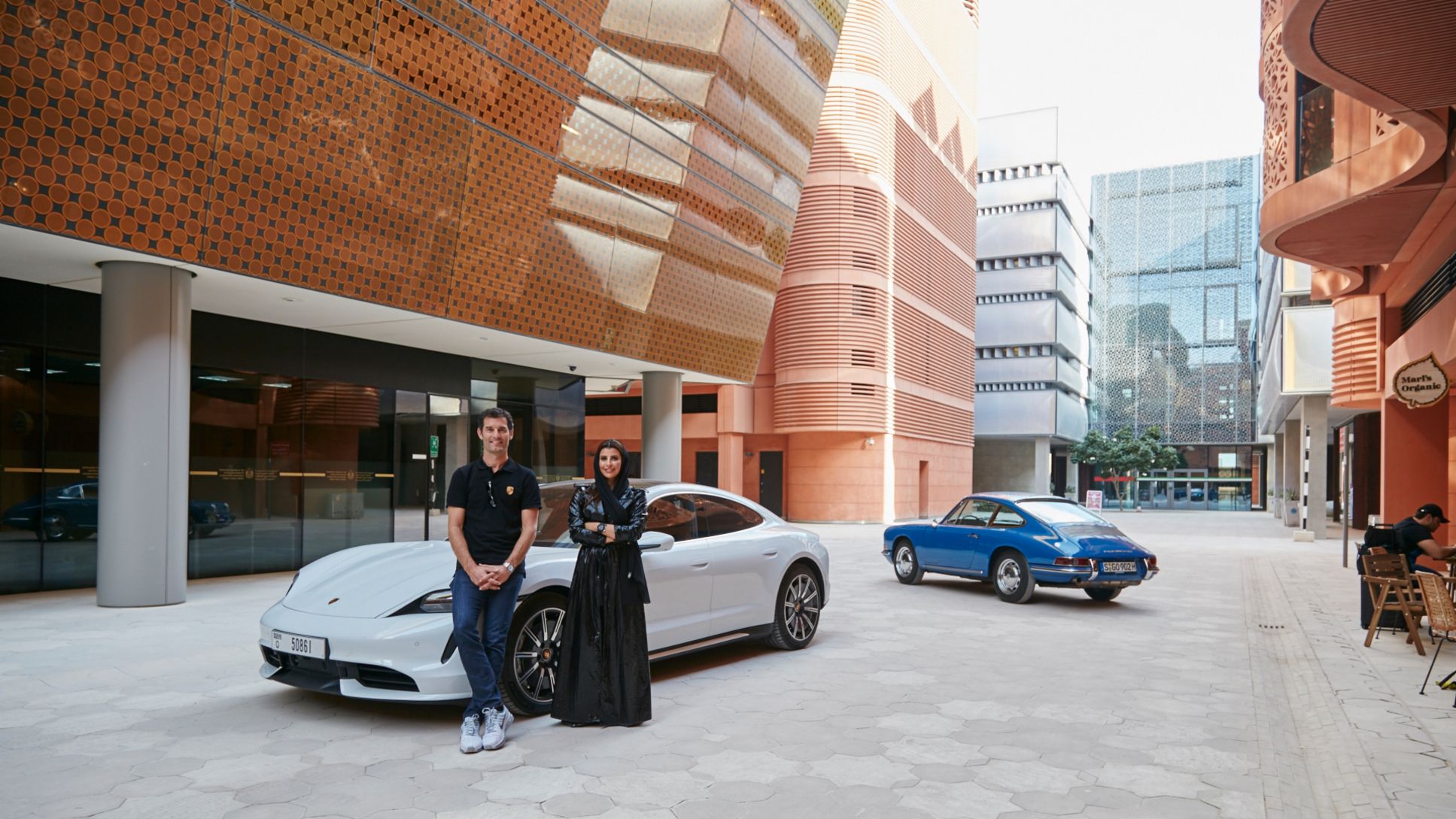 I know you got soul

Join Mark Webber and Saudi motorsport personality Aseel Al-Hamad as they go on a soul journey through the heart of the Middle East.

An extraordinary car deserves an extraordinary road trip, something Saudi motorsport personality Aseel Al-Hamad and Porsche brand ambassador Mark Webber have well and truly proved over the last week. The pair, at the wheel of a new Porsche Taycan Turbo, have completed an incredible journey from Dubai to Saudi Arabia, taking in everything from baking hot deserts and world heritage sites to the region’s most demanding racetracks.

But of course, an extraordinary road trip also needs an extraordinary destination, which is why Mark and Aseel’s journey concluded in Riyadh, Saudi Arabia, home to the first round of the Formula-E championship and the scene of our return to single seater racing after more than half a century.

With motorsport enthusiast Aseel at the wheel, it was perhaps unsurprising that the first stop on the schedule was Dubai Autodrome and a meeting with a pair of Porsche legends – Timo Bernhard and the 918 Spyder.

For a man who’s used to the power of our Le Mans-winning 919 Hybrid, Timo was bowled over by the acceleration of the Taycan. “It’s got instant power delivery,” he exclaimed. “The launch control is the most stunning bit, where it feels like an explosion the way the car jumps off the line.” Praise indeed from the man who knows a thing or two about acceleration, having taken the all-time lap record at the Nürburgring last year in the 919 Evo.

After a fast and frenetic outing on track, Mark and Aseel enjoyed a change of pace the following day, stopping off on their way to Abu Dhabi to take in the jaw dropping spectacle of the Mohammed Bin Rashid Al Maktoum Solar Park.

Could there be any better way to illustrate the #PorscheTaycan’s innovative 800 volt technology than a visit to the @DEWAofficial Mohammed bin Rashid Al Maktoum Solar Park, one of the world’s largest solar fields? #TheSoulJourney #SoulElectrified pic.twitter.com/OhXTBUq2Lr

While overlooking the 5,000-megawatt site, its seemingly endless lines of photovoltaic panels like something out of a sci-fi movie, Mark briefly walked Aseel through some of the major advances Porsche has made with the Taycan, such the development of its 800 volt system – the thing that really separates our first all-electric sports car from its rivals.

After this brief pit stop, Aseel and Mark set their sights on Abu Dhabi and the incredible Masdar City. Conceived just over a decade ago, this is one of the world’s most sustainable cities thanks to its use of low carbon cement and 90 per cent recycled aluminium. The perfect spot, you might say, to showcase the Taycan’s own low carbon impact.

Abu Dhabi to the Saudi desert

After a couple of days spent in the hustle and bustle of Dubai and Abu Dhabi, day four gave Aseel and Mark the opportunity to venture into the Saudi desert. But this wouldn’t be your typical trip into the dunes, as Mark had arranged to meet up with another Porsche legend, endurance racing veteran Jackie Ickx.

Both these men have first-hand experience of how Porsche’s motorsport programmes have influenced its road cars, yet even they are amazed at how quickly the brand has developed over recent years. Mark uses the 959 as a case in point, the car Ickx drove on the Paris-Dakar. From an air and water-cooled boxer engine with sequential twin turbochargers to the fully electric Taycan, it’s been quite a journey for Porsche and its factory drivers. Ever the racer, Ickx couldn’t resist showing Mark how it used to be done, taking him out for one last blast through the empty dunes.

Day five marked the end of Mark and Aseel’s incredible ‘Soul Journey’. Some 15 members of the Porsche Club Saudi Arabia turned out to provide a convoy as the pair made their way through the streets of Riyadh, en route to the Formula E track in Ad Diriyah.

The noise of various 911s ricocheting off the high-rise buildings in downtown Riyadh was intoxicating, and the joy and excitement on the faces of PCSA members was clear to see. Most heart-warming of all, however, was the way in which such devotees of the brand embraced the idea of an all-electric Porsche – many members stunned to see that the Taycan could out accelerate their own cars, and do so in virtual silence.

The passion that runs through our global Porsche family is alive and well in the Middle East. And it looks like the Taycan will keep it that way. 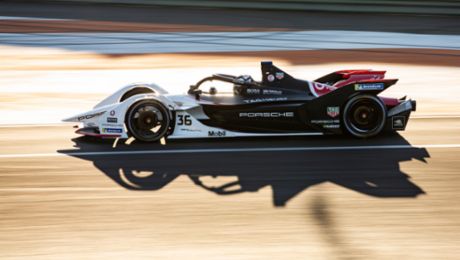