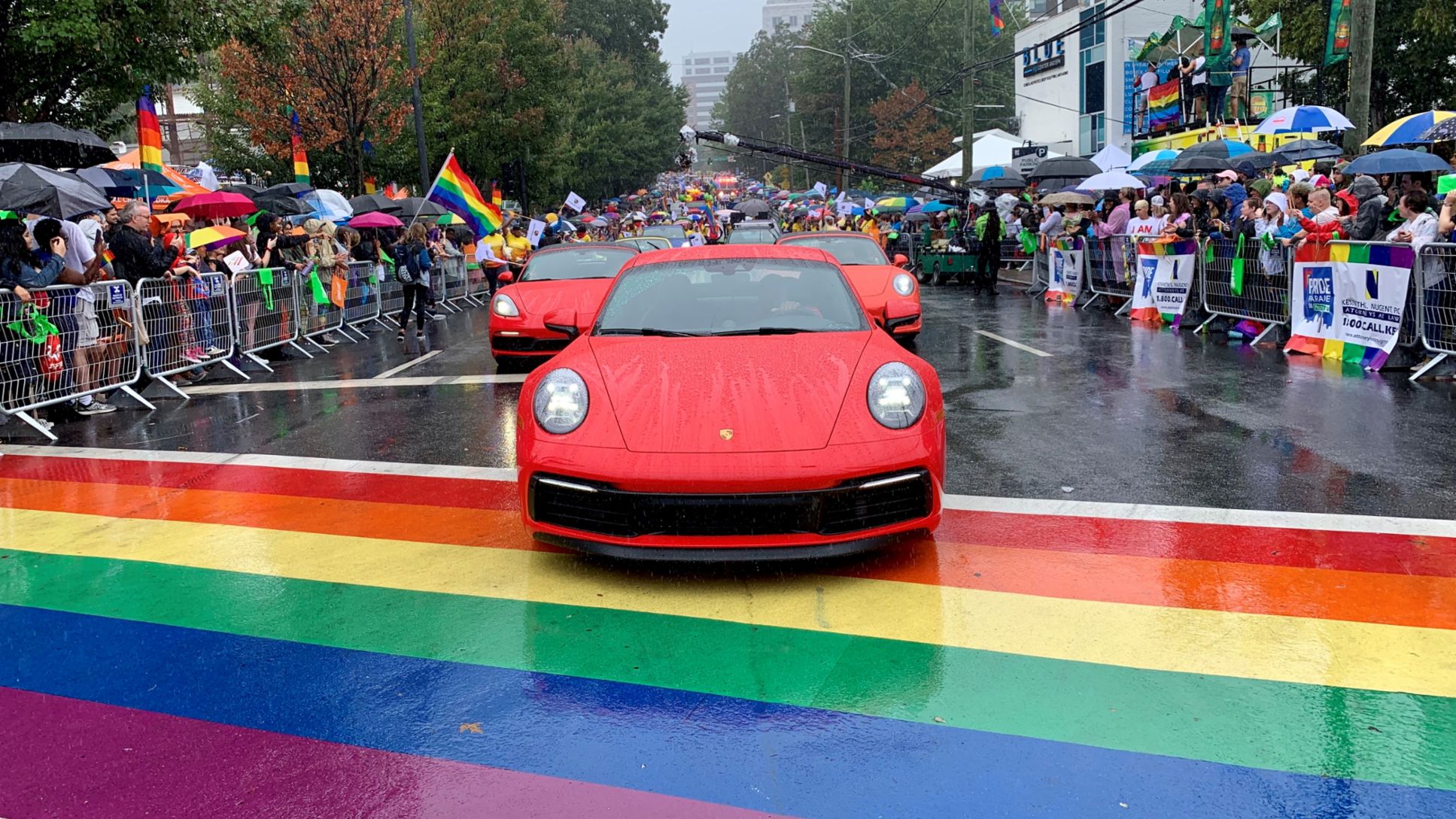 Atlanta Pride’s 50th Anniversary celebration will have a different look this year as the 2020 festival becomes a virtual gathering. Porsche Cars North America (PCNA) is lending its support to the LGBTQ community as a sponsor of the online festival, and will host its own socially-distanced scavenger hunt for three sports cars adorned with rainbow decals displayed around the city. Participants will have a chance to win vouchers to drive on track or in the simulator lab at the Porsche Experience Center Atlanta. This is the second consecutive year PCNA has been an active sponsor in Atlanta Pride.

“It’s important for Porsche Cars North America to be an active partner in promoting social causes impacting the Atlanta community and beyond,” said Erika Burk, Vice President of Human Resources for PCNA. “Our company values align with the principles promoted by the Atlanta Pride Committee, and we are honored to once again support such an important festival in our hometown.” 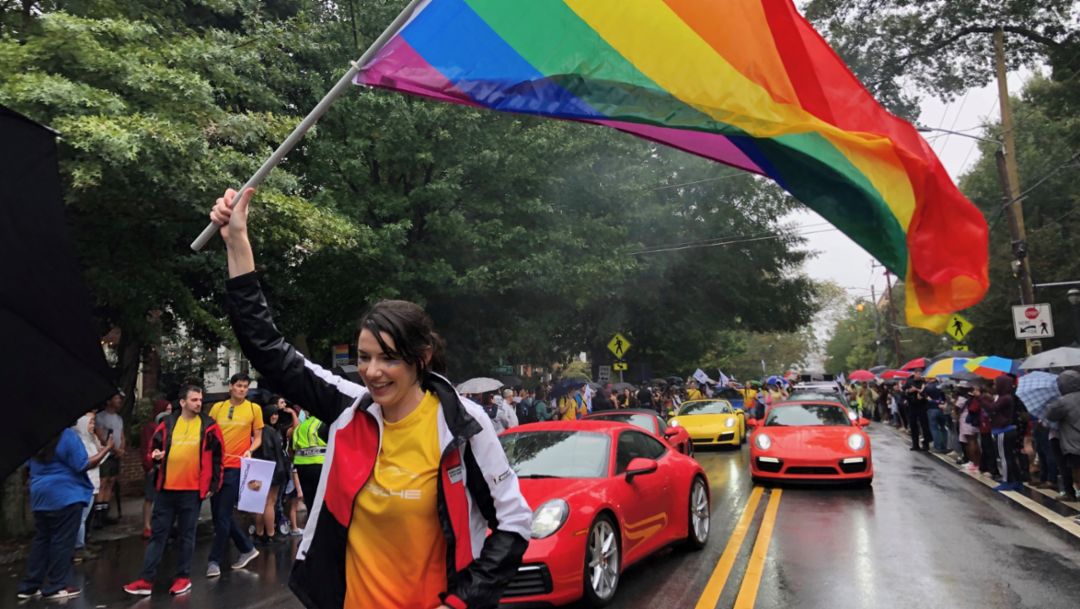 Due to COVID-19, the Atlanta Pride Committee has transitioned the 2020 festival to a virtual event, with programming taking place from October 9-11. Rather than participating in the Atlanta Pride Parade as it did a year ago, PCNA developed a Porsche scavenger hunt to engage the local community in a fun and safe manner. Clues for the scavenger hunt will be publicized through the Atlanta Pride Committee’s app and social media channels, as well as on the Porsche Experience Center Atlanta’s website and Lost-n-Found Youth’s social media channels and website.

The scavenger hunt is open to the public, with the challenge to find three special cars: a Volcano Grey Metallic Taycan Turbo, a Lava Orange Cayenne Coupe and a Miami Blue Macan S. The cars will be placed around Atlanta at notable locations from noon Friday, October 9 through 8:00 p.m. Tuesday, October 13.

Once a Porsche vehicle has been located, individuals can take a photo with the car and post it to Instagram, Facebook or Twitter with the hashtag #PorshcePride2020. Using the hashtag and tagging @porsche will enter participants to win one of five $500 Porsche Experience Center vouchers.

The Porsche scavenger hunt will also feature QR codes in the car windows that link to related sites, including the Georgia State University Gender and Sexuality Collections, an online exhibit from its digital archives which chronicles LGBTQ history in Atlanta.

Atlanta Pride was formed in 1970 to advance the unity, visibility, and self-esteem among the LGBTQ community. The festival commemorates the 1969 Stonewall Riots and subsequent LGBTQ movement. Atlanta Pride is held in October to coincide with National Coming Out Day.

For a complete listing of Atlanta Pride events, visit atlantapride.org. 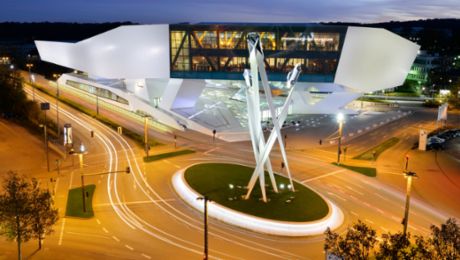 Porsche AG has joined UN Global Compact as a new participant. The United Nations have confirmed the inclusion of the German sports car manufacturer in the world’s biggest and most important initiative for sustainable and responsible corporate governance. UN Global Compact is a multistakeholder platform for the development, implementation and disclosure of responsible business practices. 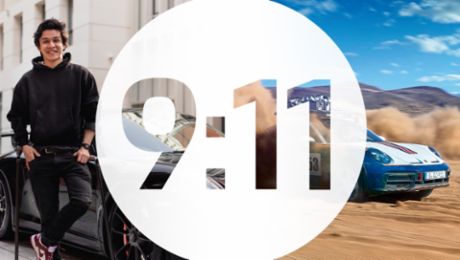 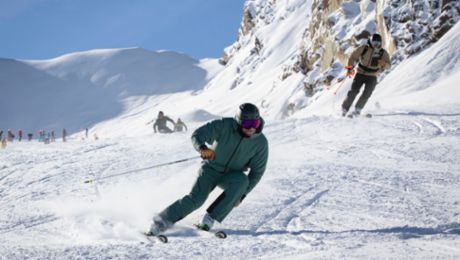 The ‘SnowTime’ event on the Kitzsteinhorn glacier in Austria gave winter sports fans the opportunity to test this season’s products, with access to the brand-new Porsche 7 Series and Porsche 8 Series for selected participants.