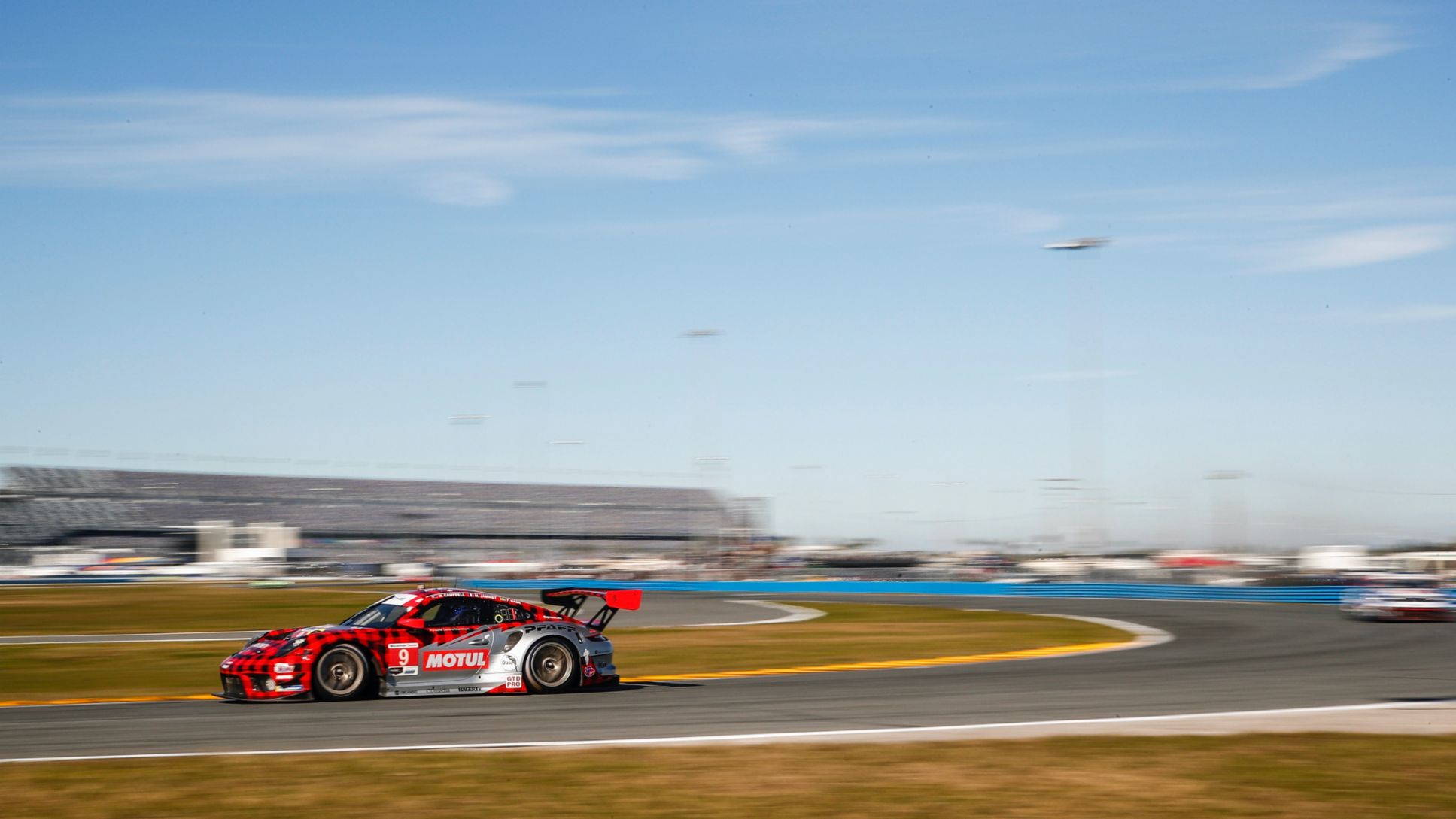 Porsche customer teams swept both the GTD Pro and GTD classes at WeatherTech Raceway Laguna Seca today in Round 4 of the IMSA WeatherTech SportsCar Championship. The Pfaff Motorsports team raced from the GTD Pro class pole position to capture the all-pro driver class in the No. 9 Porsche 911 GT3 R race car while Wright Motorsports came from behind to move into the lead of the pro-am style class late in the going to take the win with the No. 16 Porsche. This marks the second win for both teams in the 2022 sports car racing season. Today’s success brings the German sports car manufacturer its 30th and 31st career victories on the 11-turn, 2.238-mile track near Monterey, California.

Porsche factory drivers Matt Campbell (Australia) and Mathieu Jaminet (France) returned to victory lane for the first time since the season-opening Rolex 24 At Daytona in January. The Canadian team moved back into the class points lead with the successful run on Sunday. The victory was a repeat performance for the “Plaid Porsche” having charged to victory lane here last year on their way to the 2021 WeatherTech championship.

Three Porsche 911 GT3 R race cars started the race in the GTD class with the veteran customer program of Wright Motorsports securing their second victory of the season. The win for the No. 16  Wright Motorsports Porsche driven by Ryan Hardwick (Atlanta, Georgia) and Jan Heylen (Belgium now living in Florida) was not as cut-and-dry for the Ohio-based program. The John Wright-led effort ran in the top-five most of the two-hour and 40-minute race before pit strategy moved the pair to the front of the field late in the race. They would hold to the checkered flag for the team’s second win of the season.

“I must say the team did a fantastic job. Absolutely, flawless race once again, especially in the pit stops. It might have looked easy but trying to manage the tire life around here is difficult at times. I think it helped in the last stint with the cars behind battling. That made it look even easier but a really good day for Driveway and Pfaff Motorsports.

“It has been a perfect day and a perfect weekend. We just had to improve over the weekend: the pole position and the clean run today. Second win of the season, we are back in the championship, fully confident. Now we have a break before Watkins so it is good to finish on a high for this first part of the season. Behind us they were battling, especially the last hour, so for sure this helped us pull away. We were quite strong and were we really good on tire degradation today so that played a big role in the win.

"What a great race. This race really comes down to our entire team. I was able to take a couple cars in my stint, but the real gains came in the pit stops. I believe we overtook four cars in the pit lane and Jan was able to overtake four more cars during his stint. Really want to thank our entire Wright Motorsports team and to Jan Heylen. I think this was a good birthday present to him. This was a great win for our team. We’re now leading the championship and going into a few races that I feel real comfortable at myself. I really like how this season is coming together for us.

“This is one of the Porsche tracks. I have to say that we were all looking forward to coming here after Long Beach. It was a great team effort. Really understanding the track and the tire degradation is important here. I think that is what gave us the speed at the end, together with some great driving by Ryan and really good strategy from the team again. I had to constantly tell myself to be patient and keep with the tires. This was the perfect race for us with the yellows. If the yellow comes out in the middle of that stint, I think you see a very different race. But the fact that we were out there the whole stint and able to look after the tires is what made us come out on top.”

The GTD class teams will travel to the Mid-Ohio Sports Car Course in Lexington on May 13 – 15. The Monterey weekend will be the last time the GTD Pro class cars will be raced until the Six Hours of The Glen at Watkins Glen International, June 24 – 26.