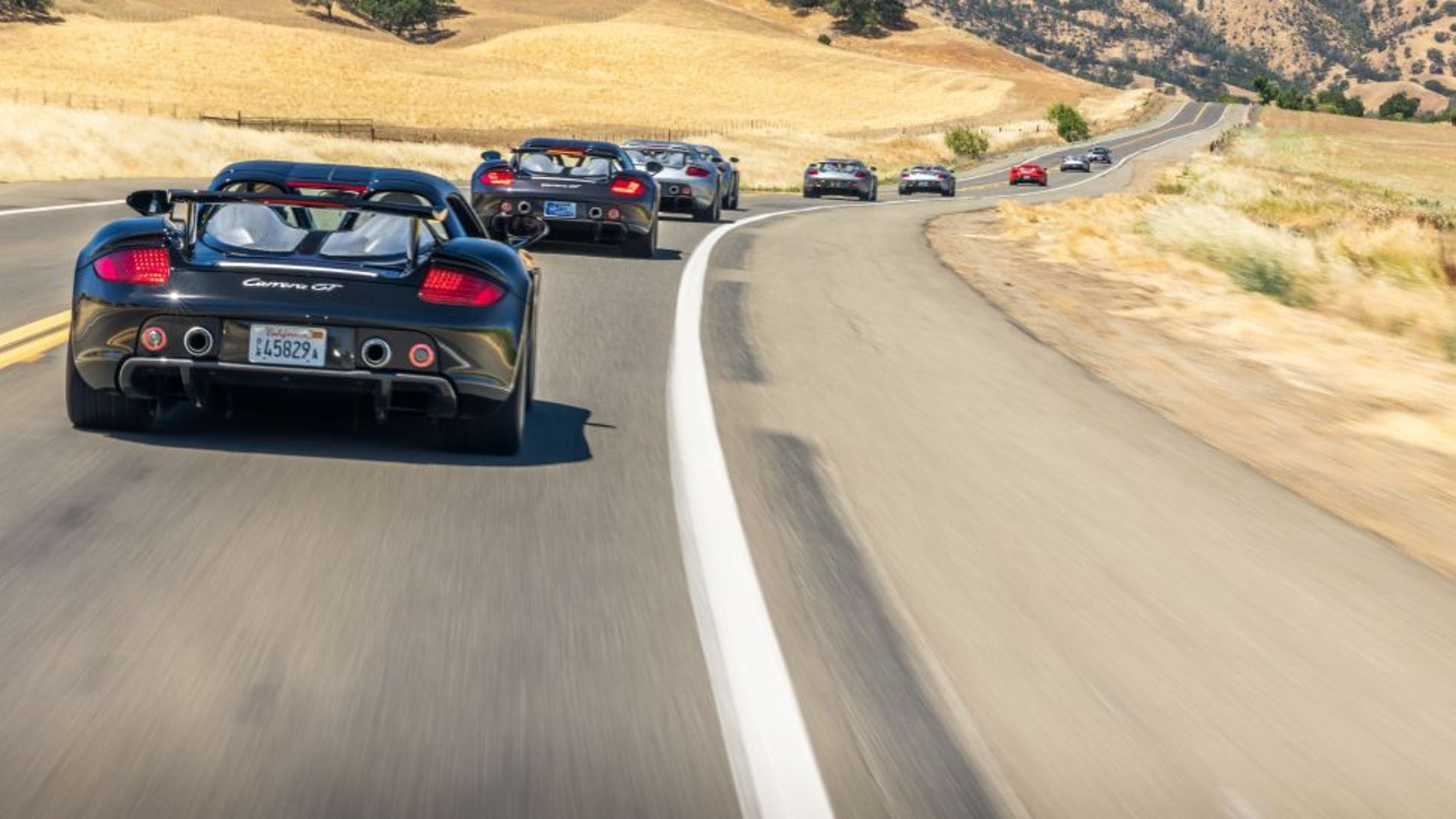 Below is a condensed account of Marqued's ridealong on Luxury Rally Club's 2022 Porsche Carrera GT Rally. To read the full article and see complete photo galleries of the drive, visit Marqued.

Seeing one Carrera GT on a public road at any given time is cause enough for whiplash, let alone nine of them. Yes, you read that correctly. Nine. Porsche. Carrera. GTs.

In what was sure to be one of the largest gatherings of the legendary Porsche Carrera GT (CGT) to date, Marqued partnered with Jimmy Prountzos of Junipero Serra Porsche and Mercedes Benz and Luxury Rally Club to experience one of the greatest sports cars ever made by attacking Northern California’s scenic backroads during its inaugural Carrera GT Rally.

The Carrera GT Rally was centered around the driving roads in Napa, with multi-day drives venturing through technical switchbacks and open sweepers that put the CGT through its paces in a variety of driving scenarios. The result: a symphony of 90 cylinders and 5,427 horsepower thundering through coastal roads and mountain passes. Suffice it to say that the hills were very much alive with the sound of music.

Pit stops ranged from local institutions such as The Marshall Store oyster shack, to the prestigious culinary powerhouse, French Laundry, where representatives from Porsche Classic were surprise guests, joining the traveling group for the Thomas Keller-helmed dinner. At each stop, the parking lots — filled with Carrera GTs in every original factory color: Basalt Black, Seal Grey, GT Silver metallic, and Guards Red — became a traffic hazard as passersby did a double-take.

One of the rally drivers, vintage racer, Dave Hagan, needed no prodding when it came to demonstrating why the CGT is so revered. In today’s car world, acceleration is easy to find. It is, however, rare to find that unmistakable V10 soundtrack paired with a trusty six-speed manual transmission. And unlike many of today’s supercars, packed full of driver aids, the Carrera GT hails from an era that demanded the absolute best from its companion behind the wheel. This is not, in short, a car for the faint of heart — and that's precisely why we love it. 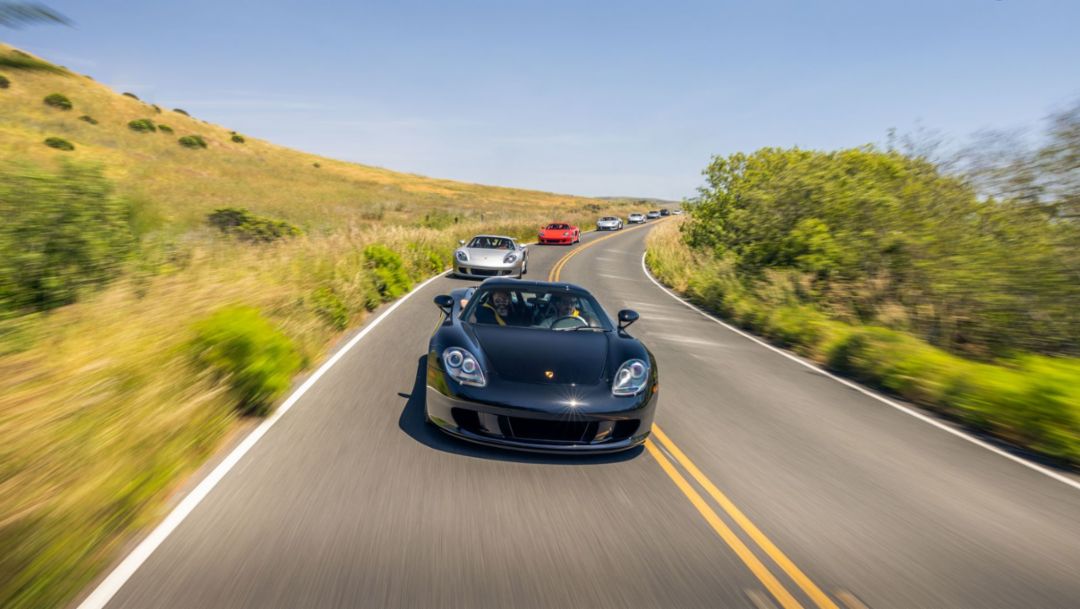 Ride along on the Carrera GT Rally.

About Marqued: Marqued is a venture of Porsche Digital, Inc. as part of its mission to create best-in-class user experiences that foster car enthusiasm above and beyond the core Porsche business. Our purpose is simple: imagine, create, and curate stories, guides, and resources for the next generation of buying, selling, and most importantly, enjoying cars. 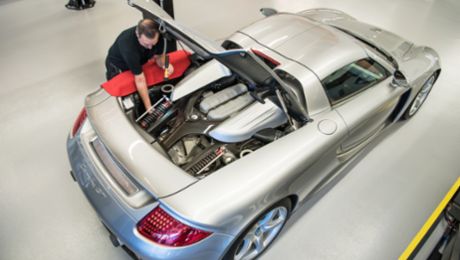 Pulled apart and meticulously put back together close to 80 times, this Porsche Carrera GT lives a most unusual life in the name of education.