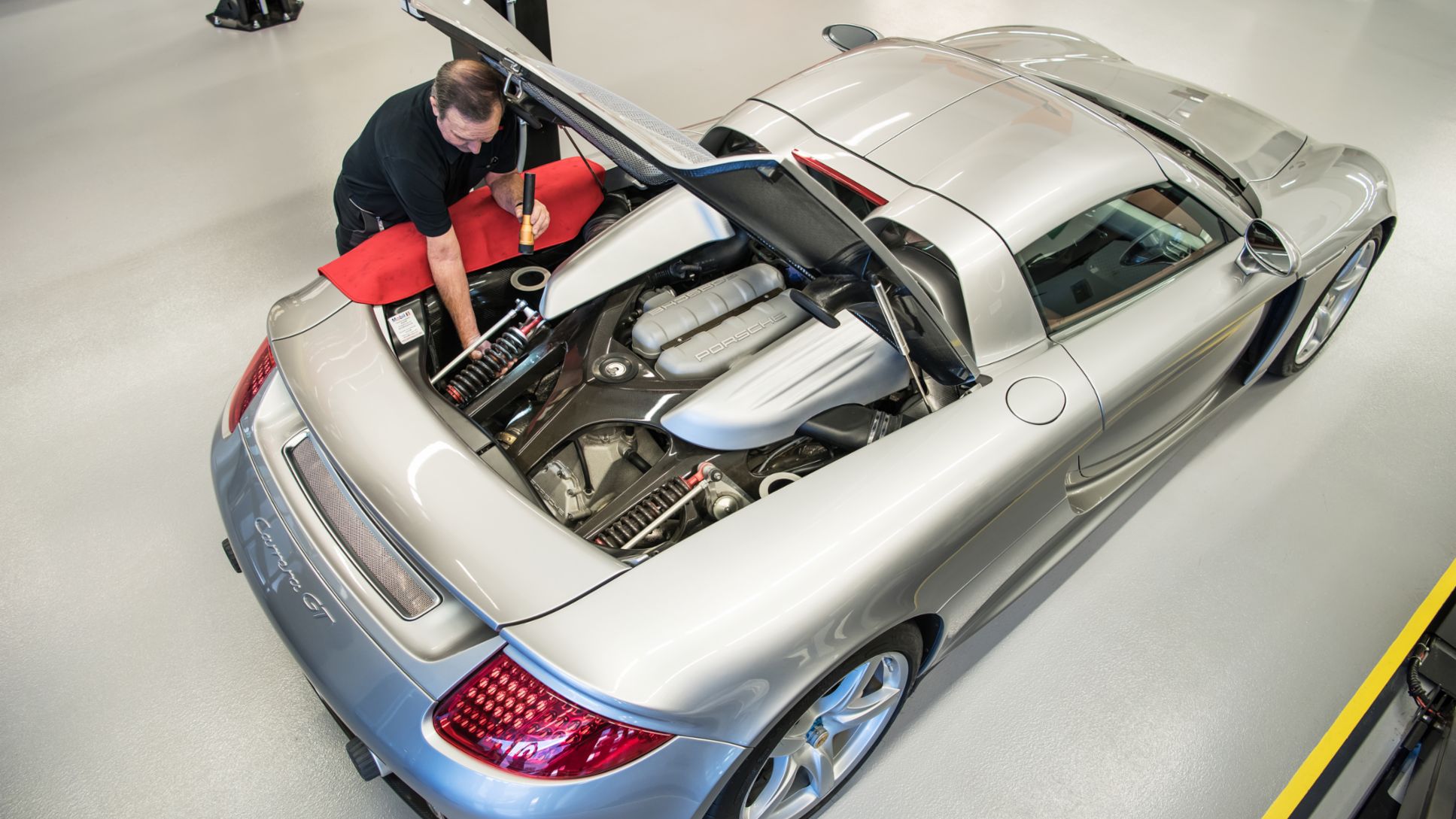 Pulled apart and meticulously put back together close to 80 times, this Porsche Carrera GT lives a most unusual life in the name of education.

You wouldn’t be able to tell if you didn’t know, but this is not your average Porsche Carrera GT. Not that any Carrera GT is average though. The super sports car, first unveiled as a concept in 2000, is revered by auto enthusiasts for its analog driving experience, head-turning looks and piercing soundtrack. What makes this particular example stand out from the rest is the fact that it has been dis- and reassembled 78 times. It belongs to the Academy Aftersales Training division of Porsche Cars North America, Inc. (PCNA) where it is used to teach U.S. technicians how to service the unique model.

“I was there when it came off the Lufthansa 747 cargo plane here in Atlanta in 2004,” said Bob Hamilton, who has been an instructor since 2002 and is the only person who teaches the Carrera GT course. “We put it on a flatbed and drove it to Phoenix Parkway where our old training facility was located.” In 2015, that location changed to the Porsche Experience Center Atlanta, just a few miles away from the runway where the Carrera GT landed. It’s one of three places where U.S. technicians are trained, along with Easton, Pa. and Eastvale, Calif., but the Carrera GT class is only available in Atlanta.

“One day, when they were building the Porsche Experience Center, I got a phone call,” said Chris Gilman. Gilman, who recently retired from a 35-year Porsche career with the last decade as the Manager for Academy Aftersales Training, continues: “They asked me to drive the Carrera GT over to the new building and through the parking garage because they wanted to make sure it didn’t scrape on the angled ramps.” The car made it up and down the parking decks just fine, but getting into the facility was a more nerve-wrecking affair: “Since the building was still not finished, I had to drive it across the gravel on the construction site. Thankfully, it made the journey unscathed,” laughs Gilman.

Now residing at One Porsche Drive, the car enters the workshop between two and four times every year as the centerpiece for the Carrera GT course. Just 1,270 examples of the model were ever built, so class offerings are based on market demand by the 192 U.S. dealer partners. Six technicians attend the four-day class where topics include general servicing and clutch replacement along with the removal of body panels and the characteristic engine. As such, the car is de- and reconstructed over the four days by every graduating group.

Unlike other technician courses offered by Academy, the one for the Carrera GT has remained the same since it was first created with the introduction of the car. Whereas the flat-six engine in the iconic 911, for instance, is a study in evolution requiring the technical classes to develop alongside it, the Carrera GT was a revolution. With features like its mid-mounted V10, carbon fiber monocoque chassis and twin disk ceramic composite clutch manual transmission, it carved a unique space for itself that it still occupies today – a unicorn in the Porsche model line, unchanged by the passing of time.

Academy’s Carrera GT is a model year 2004 finished in classic GT Silver paint over an Ascot Brown leather interior. The odometer shows a total of 1,445 miles, some of which are from driving to customer events, others from shakedowns after yet another reassembly. So while its unusual purpose is education rather than driving, this extraordinary classroom car helps to ensure the knowledge and expertise needed in dealerships to keep other examples of a modern classic on the road. 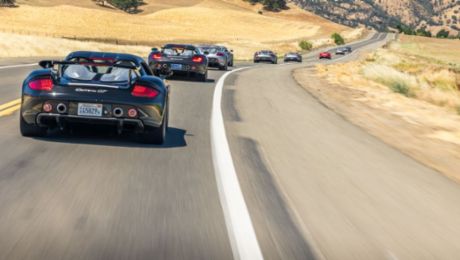