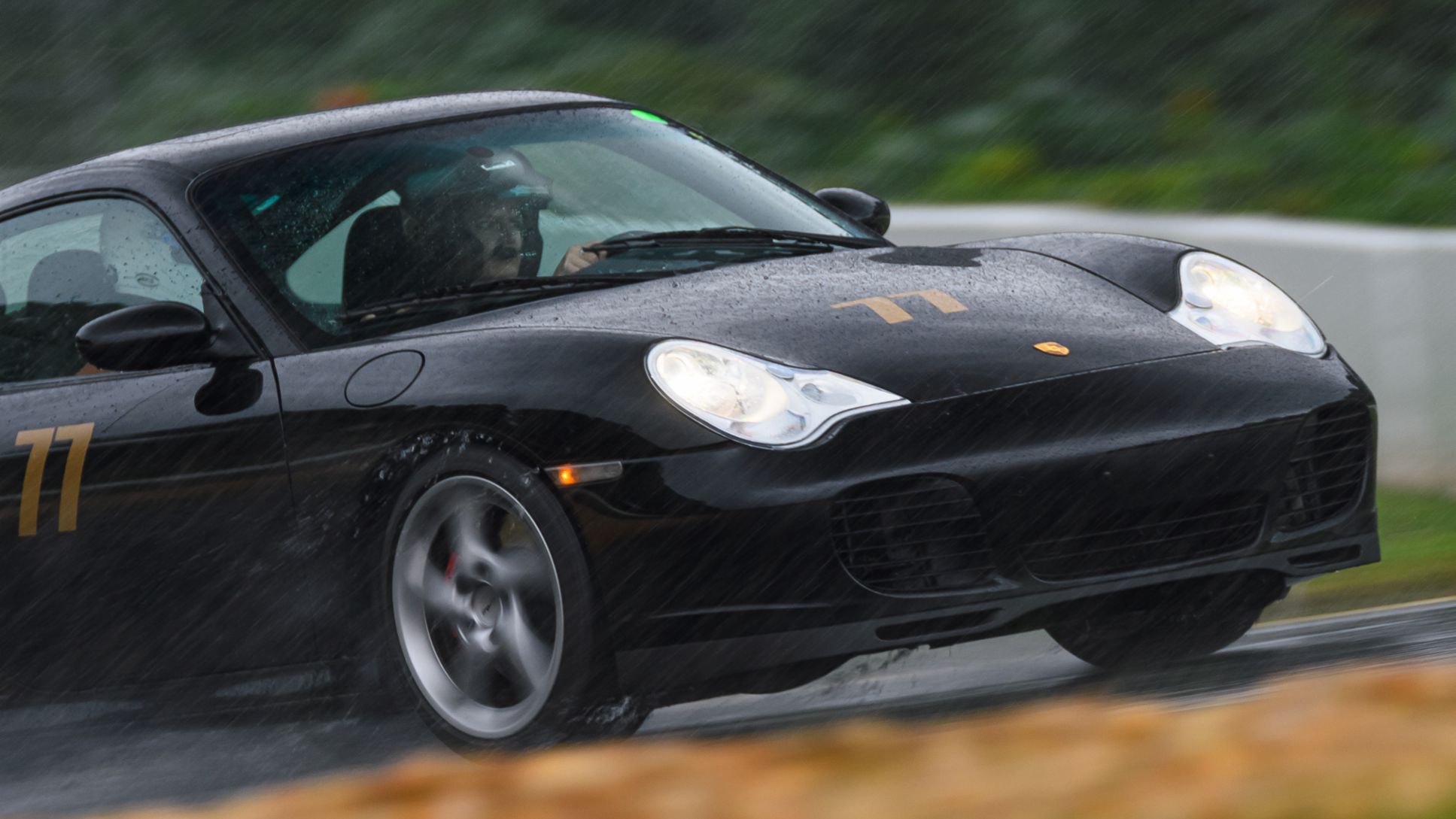 Breaking barriers on the race track

How Porsche is working with Accelerating Change to help women gain more confidence on the road.

Some of Leslie Neely’s earliest memories involve Porsche. Her mother owned a 1979 911 SC, light gold like champagne with dark brown interior. “I was stuffed into the back of that car as a kid,” remembers Neely, a veterinarian who lives in Atlanta. “Porsche runs in my blood.”

A few years ago as a birthday present to herself, Neely bought her dream car, a 2003 Porsche 911 Turbo Type 996. She loves to rally in the North Carolina mountains with other Porsche enthusiasts. But recently, Neely has felt the urge to push herself and try something new.

She decided to learn to race.

“This is an intimidating sport,” she says. “For me, I really want to get to know my car, in a user-friendly environment.”

That’s how Neely found herself recently at Michelin Raceway Road Atlanta on a drizzly Monday morning.  Accelerating Change, an organization committed to creating opportunities for women to develop automotive skills, was hosting a track day. Porsche Cars North America, Inc. was one of the event’s sponsors.

“We are giving women the opportunity to empower themselves.”

“Over the years, I became aware of how few women there are in motorsport,” says the group’s co-founder, Christina Nielsen, a three-time international champion race car driver and the first woman to win a WeatherTech SportsCar Championship. “I wanted to use my visibility to make an impact in the sport and automotive world.”

Accelerating Change was born from a conversation between Nielsen and the company’s other co-founder, Mariana Small, in 2019.  They met at an event of the Porsche Club of America Los Angeles chapter, where Small serves as president. Both saw a need for a female-focused community in the automotive world.

Each beginner and intermediate participant gets her own instructor who explains the technique - and science - behind racing cars. They also discuss daily driving and how to become more confident on the road.

Along with track time, the events include educational and networking opportunities with other ‘driven women.’ So far, they’ve hosted 11 events with participants from around the United States. “We are not here to empower women,” says Small. “We are giving women the opportunity to empower themselves.”

As for Leslie Neely, participating in Accelerating Change’s track day has been life-changing. “It was a huge deal for me,” says Neely. “I conquered serious fears about track driving and in the rain to boot. I’ll be back on the track … it’s addictive!”