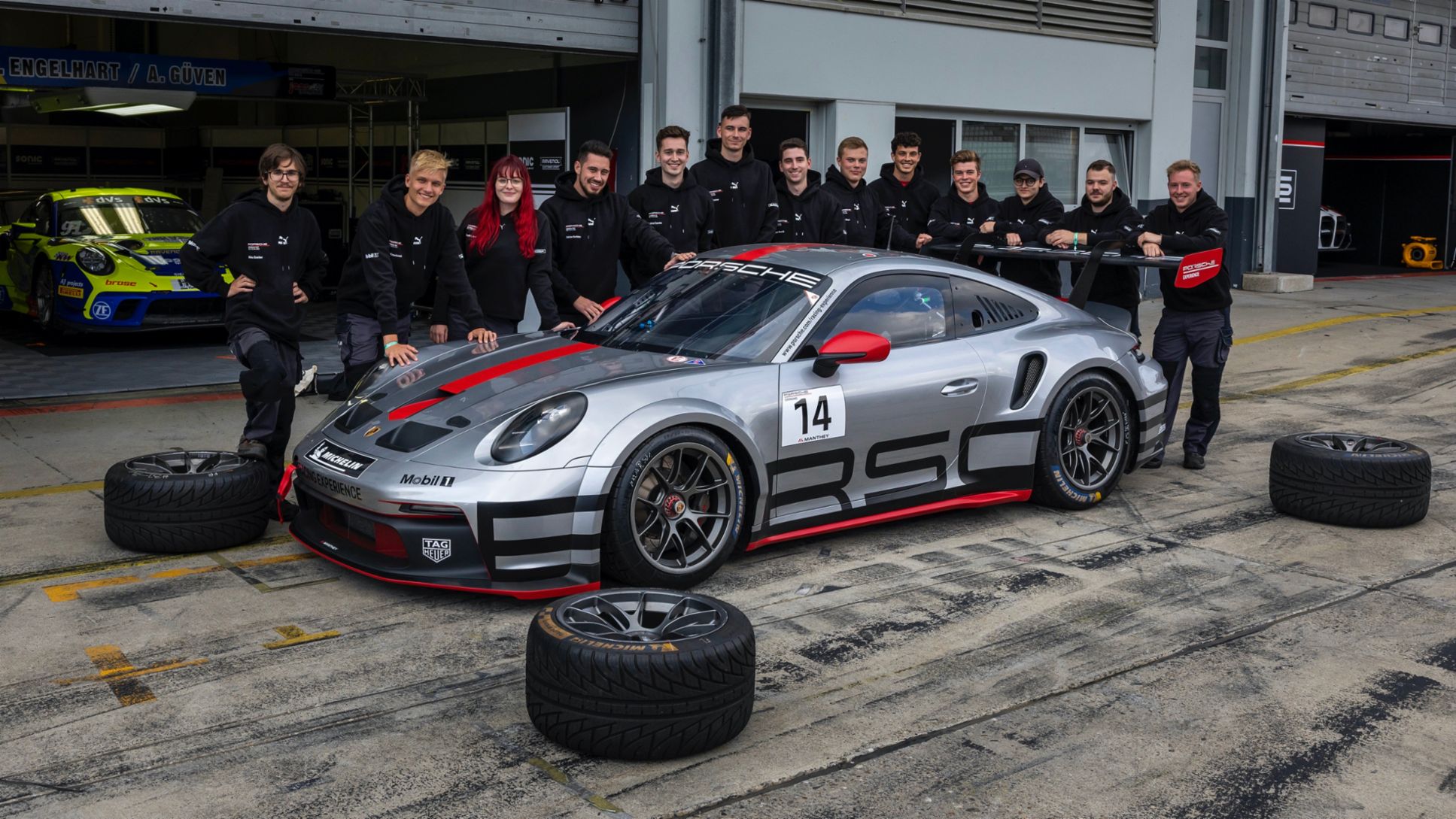 Learning by doing: apprentices in the Porsche Carrera Cup Deutschland

The Porsche Carrera Cup Deutschland is known for its success as a stepping stone for talented young racing drivers’ motorsport careers. Recently its youth development work was extended, when 13 trainees from five German Porsche Centres had their doors into the world of racing opened, as part of a pilot project.

The setting in the pits at the Nürburgring seems completely normal at first glance, with a Porsche 911 GT3 Cup sitting in the garage. A group of young people are stood around the car, all wearing overalls, and two of them are hard at work. Fabian Bethien and Lukas Zaeske frantically move around the Cup car, totally focussed as they take turns to change the tyres.

The task at hand is called the Pitstop Challenge and again and again, the whine of the wheel gun reverberates through the air. What looks like a typical scene from an endurance race is in fact part of a Porsche Carrera Cup Deutschland pilot project. Here at the Nürburgring, 13 trainees from Porsche Centres across Germany have been given the chance to actively participate in a one-make cup race weekend for the first time.

“Our Porsche Centres stand for the highest quality and are an elementary component of the brand experience. Just like motorsport, they are an integral part of Porsche’s appeal,” explains Alexander Pollich, CEO of Porsche Deutschland GmbH. “From this came the idea of giving the youngest members of our ‘family’ a very special Porsche experience where they can get involved in motorsport and take the values of our brand into their everyday working lives.”

The Porsche Centres in Berlin Potsdam, Berlin Adlershof, Berlin City, Hamburg and Stuttgart nominated their apprentices for the project. During an action-packed weekend at the Nürburgring, the group are enjoying an exclusive glimpse behind the scenes of the one-make cup.

First on the busy programme is a trip to the Manthey headquarters. The team from Meuspath has won the Nürburgring’s legendary 24-hour race seven times. Racing is in the DNA of the Porsche partner, which also provides the Porsche Carrera Cup teams with support and technical expertise. While the apprentices work with production cars every day, at Manthey their comprehensive training is all focused on the latest Porsche 911 GT3 Cup.

“Quite honestly, I didn’t expect to get such an in-depth look. There was so much to see and I got a lot of new impressions,” says Sophie Gruhn, afterwards. The trainee from the Porsche Centre in Berlin City is in the second year of her apprenticeship as an automotive mechatronics engineer and it’s her first motorsport weekend.

On the Saturday, things really rev up as the trainees are given the opportunity to support the professional crews taking part in round nine of the Porsche Carrera Cup Deutschland. Under clear blue skies, a capacity grid of 32 drivers treat the fans in the packed grandstands to some gripping racing action. Ahead of the race, the trainees are divided into teams so that they can learn by doing – in the thick of a professional racing series.

Afterwards, David Prusa, whose CarTech Motorsport by Nigrin squad took part in the pilot project alongside Allied-Racing, Black Falcon, Fach Auto Tech, GP Elite, Huber Racing, HRT Performance and IronForce Racing by Phoenix, says: “The Porsche Carrera Cup offers a special environment. The trainees threw themselves into the challenge and I think it’s fantastic that Porsche made this experience possible for them.”

“These youngsters were introduced to racing in the Porsche Carrera Cup Deutschland. That was our goal. It was a terrific chance for our apprentices to immerse themselves in the world of Porsche motorsport over a weekend and gain thrilling experiences,” adds Steffen Knies, Managing Director of Porsche Centre Hamburg Nord-West.

“For me as a motorsport fan, the weekend at the Nürburgring was an incredible experience. I particularly enjoyed the combination of theory and practice,” concludes Fabian Bethien, from Porsche Centre Hamburg. The young apprentice has another reason to be happy: at the end of the weekend, he and his teammate Lukas Zaeske take home the trophy for the Pitstop Challenge after changing the tyres faster than any of the other participants. 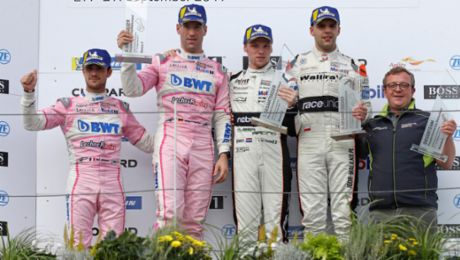 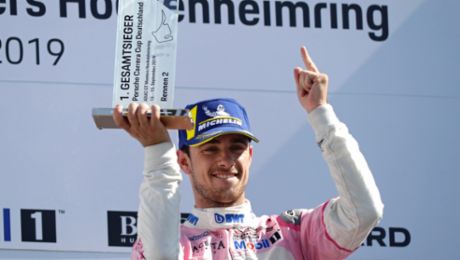 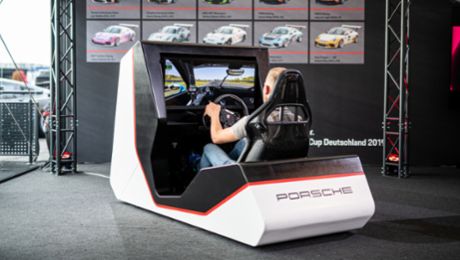 The race is on for the first SimRace championship title of the Porsche Carrera Cup Deutschland.