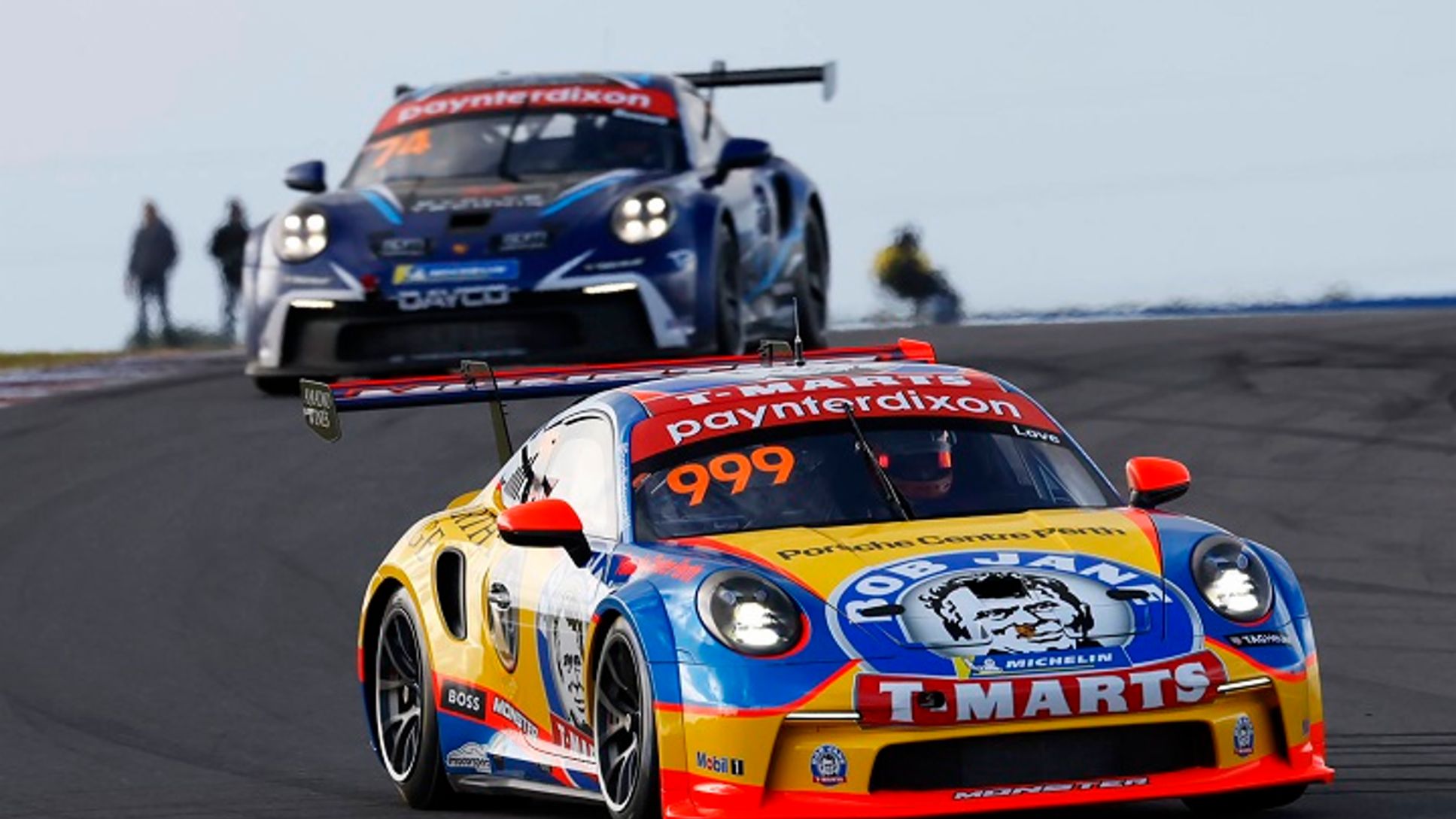 AARON LOVE has become the seventh different round winner from the last seven Porsche Paynter Dixon Carrera Cup Australia rounds, sweeping all three races to dominate Round 5 at The Bend Motorsport Park in South Australia.

Local hero Sam Shahin won Morris Finance Pro-Am in front of his local friends and family as the Carrera Cup ‘race within a race’ was blown wide open in a dramatic weekend.

Love was at his dominant best in his Bob Jane T-Marts entry, converting pole to wins in both of Sunday’s races to claim his first Porsche Carrera Cup Australia round win.

He led from lights to flag in the Enduro Cup race on Sunday morning before claiming an abbreviated final race to score the maximum 181 points available from the weekend – backing up pole position and a win on Saturday.

It was Love’s first round victory and the first clean sweep of a round this year, and also delivered Sonic Motor Racing their first round win since 2019 – notably claimed by Aaron’s older brother, Jordan.

Love is the fifth different driver to win from the five rounds this year, while the streak now stands at seven winners from the last seven rounds, dating back to Bathurst in 2021.

A consistent weekend saw Dylan O’Keeffe finish second overall to claim his third podium finish of the year so far, and firmly inject himself into the championship fight aboard his Dexion entry from RAM Motorsport / GWR Australia.

David Russell was third overall aboard his EMA Motorsport entry, claiming the 12th podium finish of his Carrera Cup career and second of the 2022 season.

Jones found himself pointing the wrong way at turn two in the final race and finished 16th, while Wall spent Sunday in recovery mode following his spin and a 25-point championship penalty on Saturday.

He finished the two races in sixth position, which coupled with Jones’ issues and O’Keeffe’s strong weekend means the top three in the championship are provisionally split by 46 points heading into Round 6 at Sandown in two weeks time.

Love won the enduro cup race over O’Keeffe and Russell, with Christian Pancione a personal-best fourth and Brad Shiels an outstanding fifth.

The final race, which finished under Safety Car, also went the way of Love while Russell edged O’Keeffe for second and third. Simon Fallon charged himself through the field to a personal-best fourth, while Pancione completed the top five.

The Bend’s Morris Pro-Am fight went the way of local hero Sam Shahin, who scored a clinch victory in the Enduro Cup race on Sunday morning to anchor his weekend and ultimately deliver the round win.

Shahin won the round ahead of Adrian Flack and Dean Cook: However, almost every key contender in the class had dramas throughout the weekend in one of the most unpredictable rounds in the Pro-Am class history.

Local knowledge was key for Sam Shahin as he hunted down and passed Liam Talbot for the win late in the Enduro Cup race on Sunday morning.

Starting fourth, Shahin chased Talbot throughout the race however pounced when the light rain began to fall to pass for the lead.

Adrian Flack then relegated Talbot to third in class late in the race, while Rodney Jane was fourth. Geoff Emery was one of several drivers involved in a lap one incident, failing to finish.

Race three was even more dramatic when Shahin and Talbot bumped wheels while running side-by-side at Turn 3, the contact tipping Talbot’s car into a roll, which ended on its wheels. Talbot escaped unscathed while the race was brought under the control of the Safety Car.

Through the drama, Geoff Emery came from the back of the grid to claim the race win over Shahin and Dean Cook, though the results for the weekend remain provisional pending post-event investigations.

“I’m over the moon to be honest, we had some awesome pace in practice, then putting pole by a really good margin was nice then to go away and win three from three and do it not comfortably, but really smoothly, I couldn’t be happier. Its all credit to the Sonic team, its been a long time coming and I’m just happy that we made it work and that we got it done this weekend. I’m not sure what it is about this track but sonic has always seem to have gone well here, it’s just a real credit to Mic (Ritter), Mike (Henry) and Maria (Ritter) and everyone there, they always give me an awesome machine to drive and they put in 110% every day and every night, so huge credit to them I couldn’t be happier. I’ve got a little bit of a break now around 5 weeks to my next race in French Carrera Cup in Valencia, Spain, so I have a little bit of time to regroup and get ready for then but we’ll try put our best forward that’s for sure.”

“It was exciting, but not what you want to see in any form of racing, I hope Liam (Talbot) is ok, it was just really unfortunate the angle at which his front wheel hit mine. Again, I just hope he’s ok and I was glad when I saw him get out of the car. Personally, I’m just so thrilled after having a tough qualifying and to finally get a good result at The Bend, this has been my bogey track so personally I’m thrilled. But I have a deep and genuine concern for Liam, I hope he is ok. The Bend really is tailor made for these GT3 Cup cars and I hope everybody enjoyed it.” 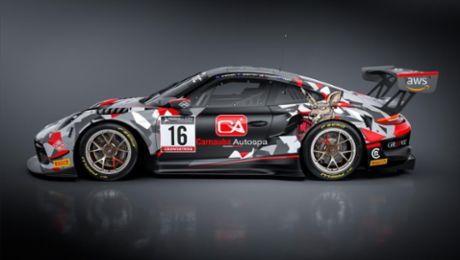 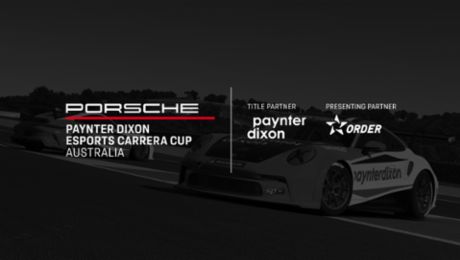 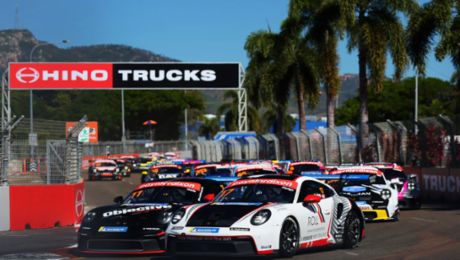