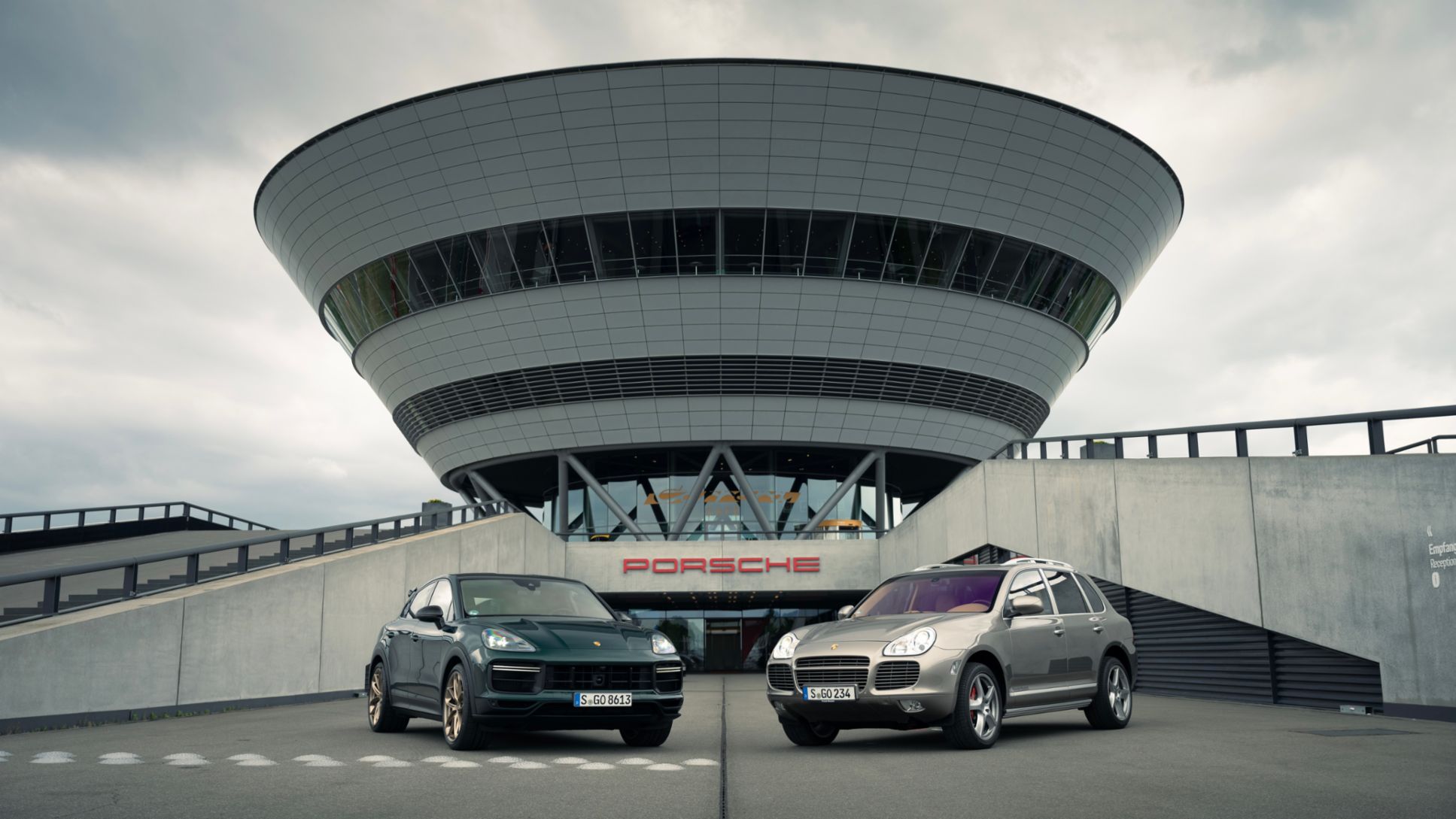 The job spec for the Porsche 959 was more challenging than any previous Porsche had posed. It not only had to shine in the punishing desert conditions of the Dakar Rally, but also on the world’s racetracks. At the same time, it had to be entirely usable as an everyday road car. The innovations that were developed during this 1980s project still help the super sports car to achieve incredible driving dynamics even by today's standards. Above all, though, technology like the extra low-range first gear for off-road work and the height-adjustable chassis made the 959 a real all-rounder.

In some ways, the first-generation Porsche Cayenne (codenamed the E1 by Porsche) was not that far removed from the 959: it was an everyday car robust enough to go off the beaten track, yet would still behave like a true Porsche sports car on the road. There were differences between the Cayenne and 959, however: for the first time, Porsche would be building a four-door car, and a sporty off-roader at that. It was clear that such a vehicle would have to bear critiques from all sides. The demands on the development team were high. They had to build a car that could live up to the expectations of a Porsche on the road, but also wanted to stand up to the best off-roaders in the field. The solution was to develop a completely new platform.

Project Colorado was a joint effort between Porsche and Volkswagen – who would use it to create the Touareg off-roader. Porsche, however, took the lead in developing the technical basis of the new cars. Two in-house V8 engines – completely designed from scratch – were ready for the premiere of the Porsche Cayenne in 2002. The choice was either a 4.5-litre naturally aspirated 340 PS V8 in the Cayenne S, or a twin-turbo version with 450 PS – the same power output as the 959. But the impressive power and a top speed of up to 266 km/h weren’t the only highlights of the new Cayenne.

Above all, it was the chassis technology and the careful tuning of all the car’s systems that helped create the Cayenne’s unrivalled talents. There was Porsche Traction Management, electronically controlled all-wheel drive with a multi-plate clutch that could distribute power between front and rear axles. Then there was the lockable centre differential and a gearbox with a genuinely low-range transfer mode. Another highlight for truly extreme off-road capabilities was the optional Advanced Off-Road Technology Package. Besides additional cladding for the sills and on the underbody, there was a rear differential lock and anti-roll bars that could be hydraulically decoupled to allow greater axle articulation in difficult terrain.

The premiere of air suspension and PASM

But even without the rare Off-Road Technology option, the first-generation Porsche Cayenne shone, with variable ground clearance thanks to the PASM (Porsche Active Suspension Management) chassis with air suspension. This form of suspension – more usually found in the luxury saloon segment – was used by Porsche for the first time in the Cayenne. This gave the car’s engineers many degrees of freedom. On the one hand, up to 27.3 centimetres of ground clearance at off-road level was possible, while the car’s centre of gravity could also be made lower, aiding the Cayenne’s handling during dynamic on-road driving. The continuously adjustable damping of the PASM was the perfect partner for this trick. Depending on the driving mode, road condition and driving style, the damping force could be tweaked in real-time for each individual wheel.

And here lies the key to the Porsche Cayenne's wide spread of talents. Porsche knew that a lot would be demanded of it, so the systems were developed to give it an unprecedented degree of adaptability. In combination with powerful engines, generous space and a new design language, a real best-seller was born: this was a car that could genuinely do everything.

One person in particular was deeply impressed by the Cayenne’s capability: Walter Röhrl. In his role as a development driver, he was already enthusiastic about the first prototypes of the new off-road sports car, but in Spain he was to see for himself the capabilities of the new car on a specially built off-road test track. He still remembers arriving in the south of the country and feeling astonished at what the Cayenne was expected to overcome during testing: "I thought they weren't serious. I was sure it couldn't manage these gigantic obstacles. But it did. That really impressed me."

He shares more memories on this chilly May morning more than 20 years later, as he sees all the Cayenne and Panamera generations in front of him in the pit lane of the Leipzig Experience Centre. He walks up to the current Cayenne Turbo GT, gently runs a finger along its spoiler and says, surprised at himself: "This is perhaps one of the sharpest cars they've ever built. At first you think: that's a truck. But it drives … it's just incredible. The precision, the power, the balance. Maybe when you're braking, then the sense of the weight comes through, but I'm also doing over 250 km/h here at the end of the straight – most cars can't even manage that."

A development with unimagined speed

For Röhrl, however, it is not only the top-of-the-range model that impresses him, but the development of the Cayenne as a whole over the past 20 years. The SUV wowed the public from the outset, but the developmental strides that the model has made over the years are unparalleled. "If you compare the performance of the first Cayenne with the current third-generation car,” says Röhrl, “you can only take your hat off to the achievement of the development team. I would even go so far as to say that other cars have not been able to take such a big step in the same amount of time."

To verify this, he gets into the driving seat of a dark green Cayenne Turbo GT, buckles up and waits patiently for the journalists for whom he is playing high-speed taxi driver for the day.

He’s relaxed and chatty, ready for every interview and happy to oblige every photo request. But each time he crosses the finish line, his hand reflexively goes to the button on his wristwatch, as he almost compulsively checks his lap time. Unsurprisingly, the rally legend is the fastest driver on the track that day.

"A Porsche Cayenne is an all-rounder,” says Röhrl later that evening “and yes, you can perhaps really compare it with the 959." I am glad to have come so close to Röhrl’s view of the Cayenne with my assessment – even if I didn’t come close to his lap times. 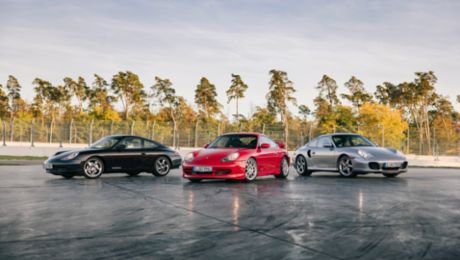 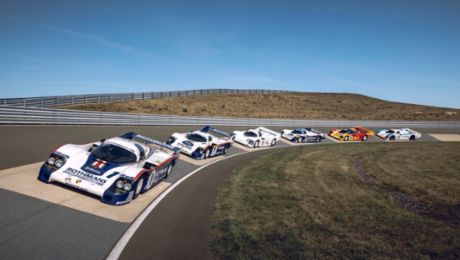