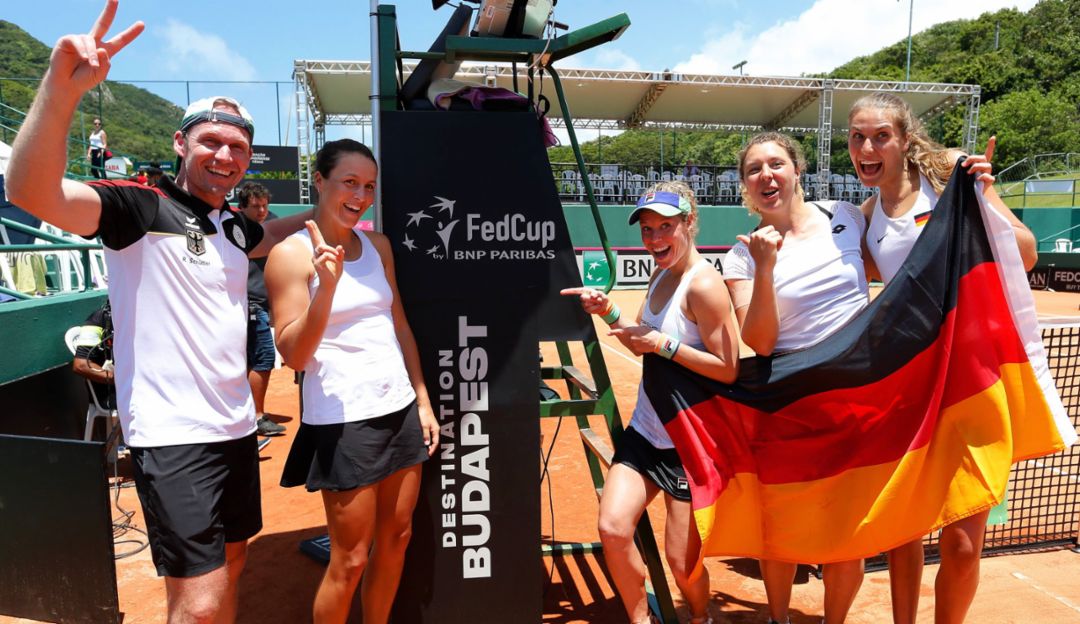 An impressive performance has handed Porsche Team Germany a 4-0 win against Brazil and a place in the first ever Fed Cup finals to be staged in Budapest. The decisive third point for the team captained by Rainer Schüttler was secured on Saturday by Laura Siegemund when winning 6-1, 6-2 against Gabriela Cé.

Led by Laura Siegemund as the No. 1, Porsche Team Germany produced an impressive team performance in Florianopolis, the capital of the southern state of Santa Catarina. In claiming her first ever Fed Cup victory on Friday, the 2017 Porsche Tennis Grand Prix winner beat Teliana Pereira to give the team a 1-0 lead which Tatjana Maria then doubled against Gabriela Cé. The dependable Laura Siegemund then duly clinched the match in the Costão do Santinho Resort on Saturday. Playing in temperatures of 29 degree centigrade, she put Gabriela Cé under pressure right from the start before converting her first match point to run out an easy winner against the Brazilian No. 1.

After taking an unassailable 3-0 lead, the fourth singles was not played. In the concluding doubles, Anna-Lena Friedsam and Antonia Lottner overcame Laura Pigossi/Luisa Stefani 6-1, 6-4 to round off the success for Porsche Team Germany.

“I’m very satisfied, the girls played excellently. The whole team worked well together. Now we want to perform well as a team in Budapest,” said team captain Rainer Schüttler. Barbara Rittner, Head of Women’s Tennis at the German Tennis Association added, “A big compliment to the whole team. It always sounds easy to travel to Brazil as the favourite, but in the end every singles match is unbelievably difficult. Congratulations to Laura Siegemund who was perfect here in securing two points. And all the other players have done a good job.”

A total of twelve teams will take part in the Fed Cup finals in Budapest from 14 to 19 April.

Successful start for Porsche Team Germany on the opening day of the Fed Cup tie in Brazil – Laura Siegemund and Tatjana Maria both won in Florianopolis, the capital of the southern state of Santa Catarina on Friday to hand the team captained by Rainer Schüttler a 2-0 lead.

Playing on clay in humid conditions and a temperature of 27 degrees centigrade in the Costão do Santinho Resort, Laura Siegemund, the world No. 73, beat Teliana Pereira (No. 359) 6-3, 6-3 in the day’s first rubber. For the winner of the 2017 Porsche Tennis Grand Prix, it was her first ever Fed Cup win. Tatjana Maria (No 91) then extended the lead for Porsche Team Germany with a 6-3, 7-6 victory against the world No. 225 Gabriela Cé.

“It’s very nice to have recorded two wins on the first day. It was important that Laura was a comfortable winner in the first rubber. It gave Tatjana all the backing she needed,” said team captain Rainer Schüttler. Laura Siegemund said: “I know Teliana well and knew it was going to be a tough match and that I had to battle for every point. I started off by playing a little tentatively but then found my A-game more and more.” Tatjana Maria was simply “very happy to have supplied the second point”.

On Saturday, Laura Siegemund will play Gabriela Cé and Tatjana Maria will face Teliana Pereira. In the concluding doubles, Antonia Lottner and Anna-Lena Friedsam will take on Laura Pigossi/Luisa Stefani. The winner of the first-round tie will qualify for the Fed Cup finals in Budapest from 14 to 19 April.

After being out injured, Angelique Kerber was looking to return to WTA Tour action at the Porsche Tennis Grand Prix this week. Due to the corona crisis, the two-time Stuttgart winner is now preparing for her comeback at home in Poland. 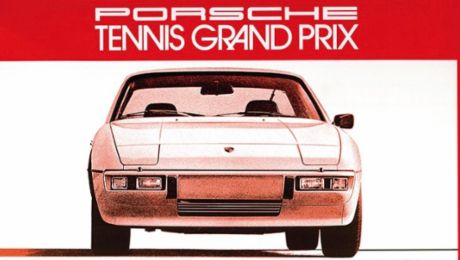 For Julia Görges, positive thinking is an important prerequisite to get through the corona crisis. The Porsche Brand Ambassador speaks about what she misses most of all in the situation, about what she finally has time for again, how she keeps herself fit and what we can learn from the crisis.