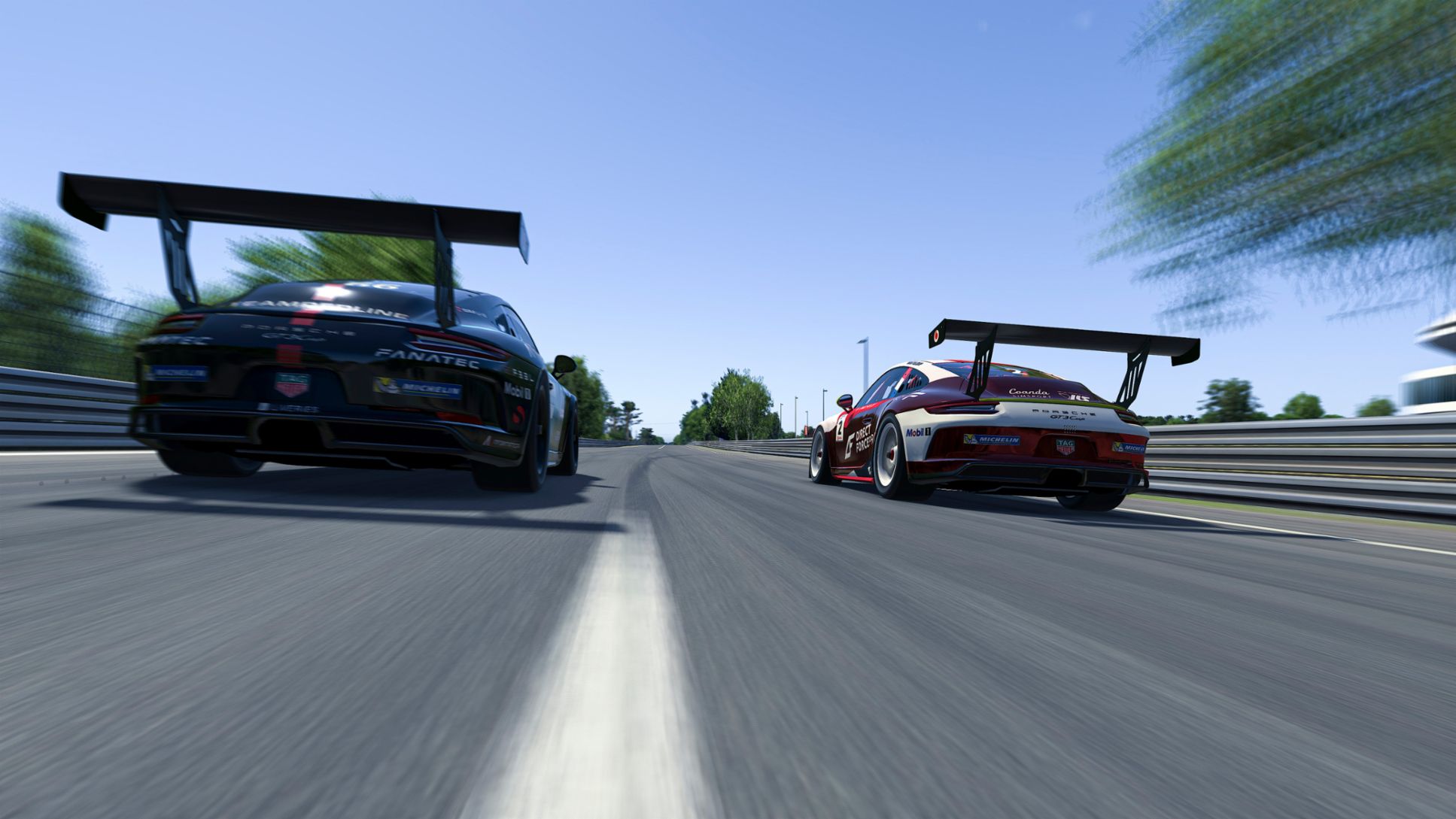 Joining the grid line-up is last year’s overall winner Joshua Rogers (AUS/VRS Coanda Simsport) and Formula 1 driver Max Verstappen (NL/Team Redline Fanatec). The Dutch Circuit Zandvoort hosts round one of the ten double-header events on the 2020 calendar. At this year’s Esports championship contested on the iRacing simulation platform, drivers will compete for a total purse of US$200,000.

“Here we go, at last – the second season of the Esports Supercup takes off,” says Kjell Gruner, Head of Marketing at Porsche AG. “We’re proud to be a trailblazer in the world of virtual racing with this competition and to have created a new, exciting sporting event. With Michelin and Mobil1, we’re pleased to have two established partners supporting us and with Vodafone and in particular TAG Heuer as the new title sponsor on board, we’ve gained additional clout.”

Twenty of the 40 drivers contesting the championship secured a spot after taking part in a ten-week qualifying phase against more than 5,000 contenders. The top 20 sim racers from last season complete the world-class line-up, including reigning champion Joshua Rogers. The 20-year-old from Gladstone, Australia, won a total of four races in 2019 and is one of the hot favourites this year: “You always have high expectations of yourself as a driver, especially at the start of the season. Obviously, I want to finish every race as well as I can, but you always have to keep an eye on the big picture and not take any unnecessary risks because the competition is simply too strong this year. It’s fantastic to see that TAG Heuer has come aboard as a top-class partner and is further promoting the Esports Supercup.”

Maximilian Benecke (D/Team Redline Fanatec) is also excited to kick off the season: “The first race of the season is always something special. The drivers have had a lot more time to prepare for the opening round than for other races. For this reason, I expect the competition to be close. On top of that, there aren’t many opportunities to overtake at Zandvoort. Under the current circumstances, we’re seeing a lot of thrilling online races every day and I’m sure that many drivers will benefit from sim racing.” The 25-year-old concluded the 2019 season on second place and is one of seven German drivers to compete this season. The field is made up of drivers from 14 nations.

#PESC - The #Porsche TAG Heuer Esports Supercup will start in @CPZtweets on Saturday, 2 May. We are excited to see who races the fastest and takes the crown #911GT3Cup @TAGHeuer @iRacing #jointherace pic.twitter.com/gkVOJ8M2vp

“In the Porsche TAG Heuer Esports Supercup, 40 of the world’s best sim racers battle for the title over ten weekends. The season takes off on the Circuit Zandvoort in the Netherlands – a racetrack with fast corners and a notorious hairpin after the start/finish. This promises some breathtaking duels right from the outset. Here, you need not only speed but also racing intelligence,” says Marco Ujhasi, Manager Esports at Porsche Motorsport. Like at all ten events, the Zandvoort race day consists of four sessions: A free practice is followed by a qualifying session run as an individual time trial, a sprint race over 15 minutes, then the 30-minute main race. Drivers earn points towards the championship from both races. Victory in the sprint event is rewarded with 25 points, with the winner of the main race receiving double the points. The top five qualifiers also receive additional points. The pole-sitter earns ten points for the overall classification.

Fans can follow the season-opener on Saturday on the official Porsche YouTube channel. iRacing also airs the races live on the video platforms YouTube and Twitch. Further information is available on the Porsche Motorsport Hub, Porsche Newsroom and the Twitter account @PorscheRaces.

The schedule (2 May, all times CEST)