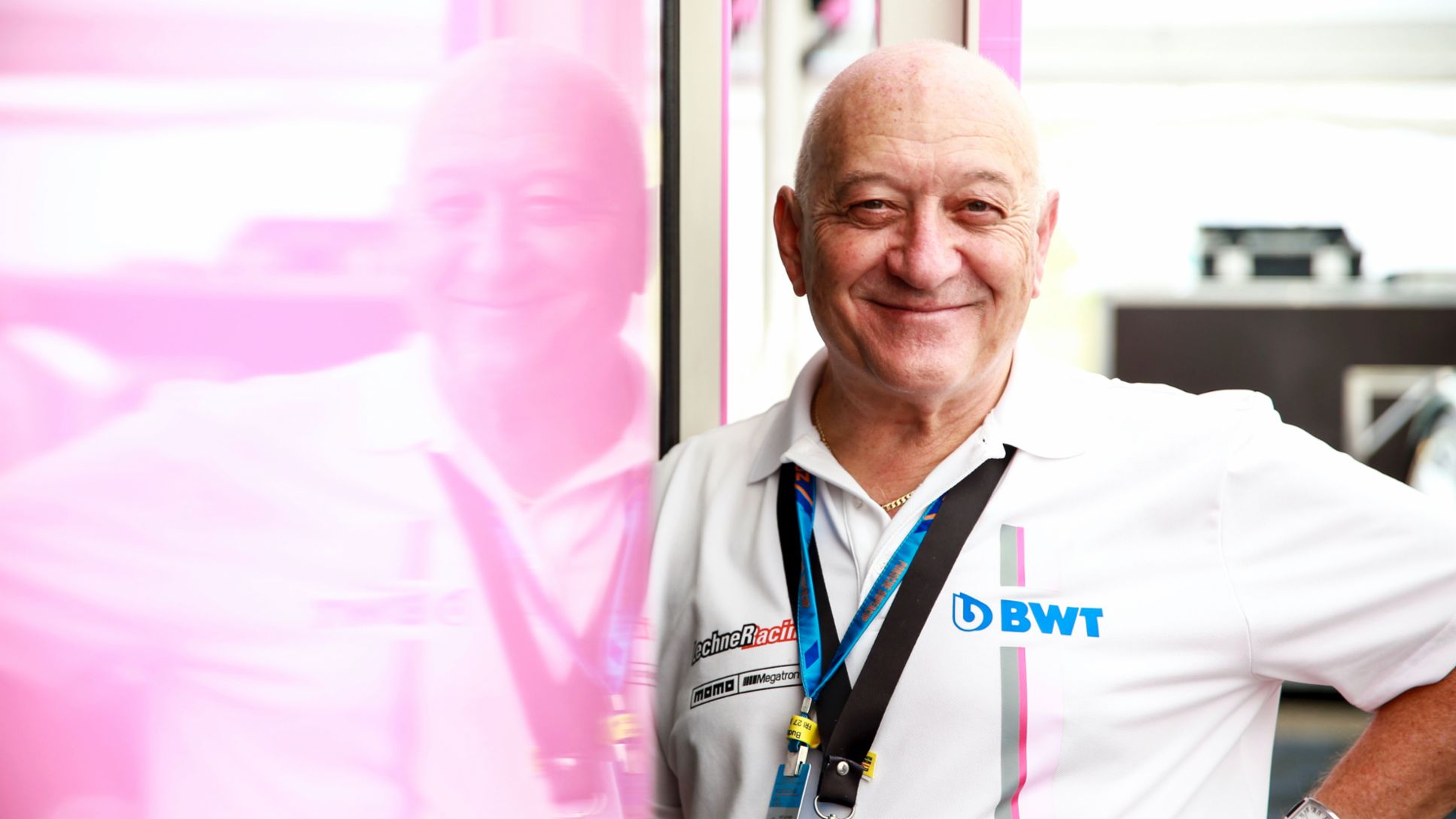 Porsche Motorsport mourns the loss of Walter Lechner (1949-2020). The Austrian from Faistenau in the Salzkammergut has been a valued member of the Porsche family since 1985.

Already at his debut at the wheel of the Porsche 956 that year, he celebrated his maiden victory. During his successful career spanning more than two decades, the racing driver won two titles in the Interserie driving Group C vehicles from Porsche and also contested the 24 Hours of Le Mans.

“Walter Lechner was a very special person and a man of action, who was respected in the motor racing scene and much further afield. He was a man of his word and he lived by this principle. For decades, Walter Lechner has been a trusted partner of Porsche Motorsport and has had a huge impact on our brand’s customer racing. Under the most difficult conditions, he built up the Porsche Sprint Challenge Middle East, which has now been running for more than ten years. Walter Lechner taught me a lot, his death is a great loss for the Porsche Motorsport family,” commiserates Michael Dreiser, Director Motorsport Sales.

After hanging up his racing helmet in 1996, Walter Lechner established a successful motorsport company. Today, Lechner Racing is managed by his sons Robert and Walter Jnr. and, in addition to the racing team, includes a racing driver school and event agency. In the Porsche Mobil 1 Supercup, the Porsche Carrera Cup Deutschland and Porsche Carrera Cup France, Walter Lechner promoted numerous talented drivers, with both professional and personal dedication – in the same way he had supported later Formula 1 drivers Stefan Bellof from Germany and Karl Wendlinger from Austria. A total of eleven team titles, most recently seven of them in a row, makes Lechner Racing the most successful squad in the history of the Porsche Mobil 1 Supercup. Moreover, Walter Lechner’s drivers have claimed eight titles in the same championship, three of which were won by the eventual DTM champion René Rast from Germany.

“Walter was a true gentleman and a respected figure in all areas of life. I will remember him as a good friend who for many years shaped the Porsche Mobil 1 Supercup with his admirable character, his unbridled emotion and his incredible enthusiasm. His sons Robert and Walter Jnr. are also an integral part of the Porsche Motorsport family. My deepest condolences go to them and Walter’s wife Christine,” emphasises Oliver Schwab, Project Manager Porsche Mobil 1 Supercup.

As the organiser of the Porsche Sprint Challenge Middle East, Walter Lechner spread his enthusiasm for Porsche Motorsport throughout the world. Last weekend in Bahrain was his final campaign in this racing series.

The Porsche Motorsport family wishes Walter Lechner’s family the strength to come through this difficult time, and say with all our heart: Thank you, Walter!