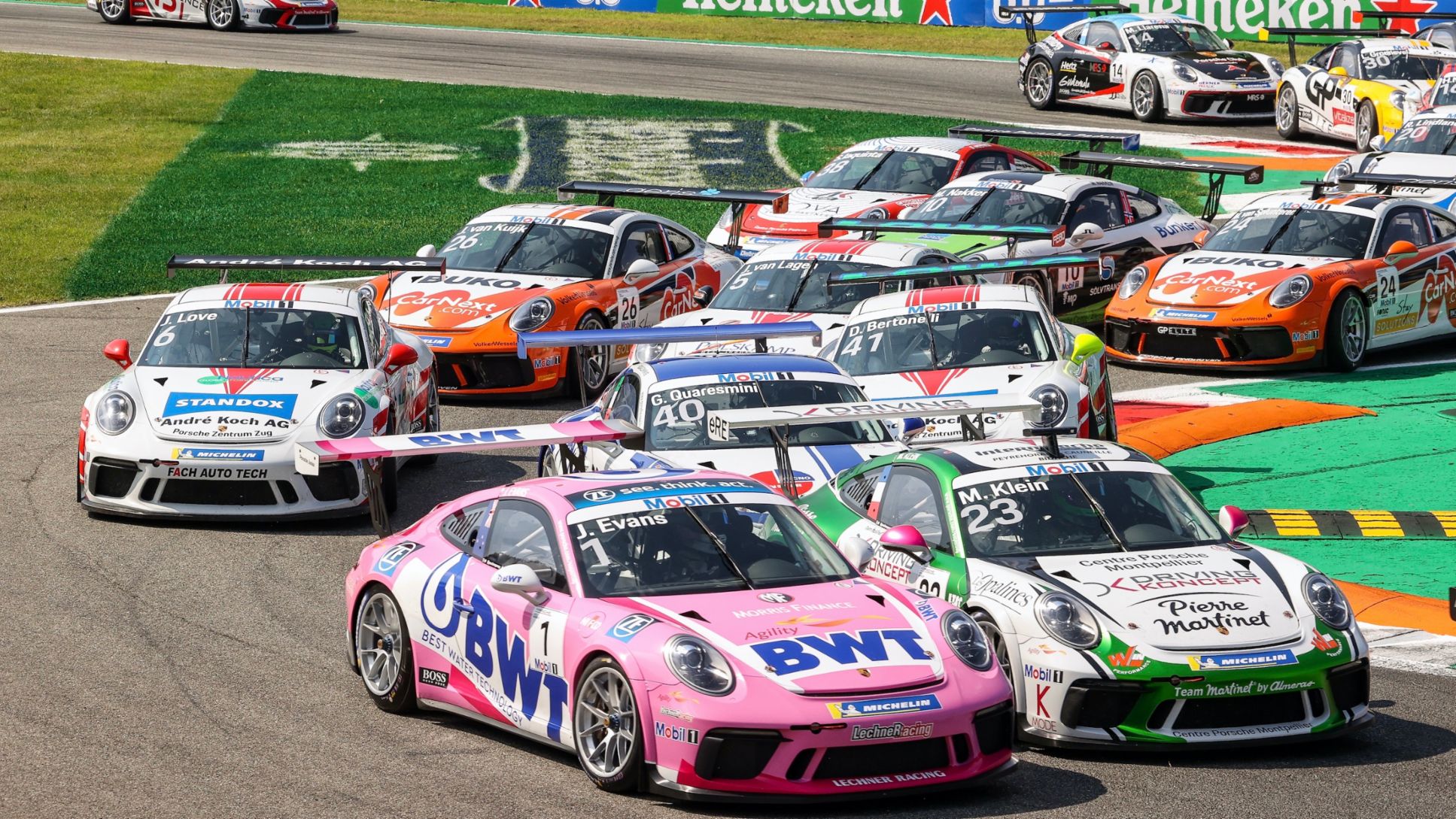 Larry ten Voorde (Team GP Elite) dominated the final round of the Porsche Mobil 1 Supercup in Monza (Italy). Taking up the race from pole position, the 23-year-old Dutchman scored a commanding lights-to-flag victory and secured the title in the international one-make cup series with the Porsche 911 GT3 Cup.

Evans’ efforts helped secure the team classification for BWT Lechner Racing, “I was really happy with the performance, the car was great and we really showed we were more than fast enough in the race. Congratulations to Leon for a great race and to Larry on the championship.”

“I’m very happy to have been able to contribute to secure the Team Championship again for BWT Lechner Racing and I want to say thank you for a great season spent with Walter and his team” Evans concluded.

#PorscheMobil1Supercup - @LarrytenVoorde is the big winner of the #Supercup final @Autodromo_Monza. The Dutchman won the overall standings with a clear start-finish victory from pole position and is now the new #Supercup Champion 2020! pic.twitter.com/XKY9V2Kob2

Love’s seventh position was the best result of his debut season in the Porsche Mobil 1 Supercup season. The young West Australian was rewarded with valuable points and a place on the rookie classification podium.

“Wow, I am so happy with this result,” said Jordan Love. “Our pace was good, and I knew from the start of the race that we had a good chance. The two safety car periods in the early stages meant that I couldn’t attack as I wanted to, so I had to push in the second half of the race.”

Fach Auto Tech Team Principal, Alex Fach, was full of praise for his driver following his progression from tenth to seventh during the race: “Jordan didn’t put a foot wrong today and was really clever in the way he drove. The results this season have not always reflected his performance, but he has been on a very steep learning curve.”

Larry ten Voorde has secured the best grid position for the final round of the 2020 Porsche Mobil 1 Supercup. Clocking the fastest time in qualifying, the Dutchman is well set up to claim his third win of the season. A victory would also hand him the title in the international one-make cup run with the Porsche 911 GT3 Cup. “I left the pits behind everyone else. This meant I had the track basically to myself and that’s how I managed a flawless lap,” said a pleased Ten Voorde (Team GP Elite). “This is the most important pole position of my career by now. I really need to win the race on Sunday.”

Ten Voorde shares the first grid row with Florian Latorre (France/CLRT). Points leader Dylan Pereira (BWT Lechner Racing), however, has to slot in behind Leon Köhler (Germany/Lechner Racing Middle East) on the fourth grid spot. “Of course, it’s anything but optimal. I have to take a look at where I lost time. It’ll definitely be hard work in the race,” admitted the Luxembourger, who would be forced to relinquish the title if Ten Voorde won.

The first five finishers in the race receive points following the scale 25-20-17-14-12. Should Ten Voorde win, he would catch Pereira, who starts the race with a four-point advantage. Lying 21 points behind the championship leader, Ayhancan Güven (Turkey/Martinet by Almeras) also has an outside chance of claiming the crown. Like Pereira and Ten Voorde, the Porsche Junior has won two rounds of this season’s Porsche Mobil 1 Supercup. Larry ten Voorde, however, is a clear favourite to take home the title at the Supercup finale on Sunday – not only because he is starting from pole. The Dutchman has already notched up three victories in Monza at the wheel of a Porsche 911 GT3 Cup: in 2019 in the real Supercup and recently at the two sim racing events of the Porsche Mobil 1 Supercup Virtual Edition contested at the virtual Autodromo.

Leon Köhler was thrilled about scoring his best starting position among the circle of rookies. “I’d like to advance one or two places up the rookie rankings,” explained the German. Güven and his rookie colleague Jean-Baptiste Simmenauer (France/Lechner Racing Middle East) line up on the grid directly behind him.

Köhler and Simmenauer are among the four aspirants for the rookie title. Leader of the rookie category Max van Splunteren (Team GP Elite; 71 points) planted his Porsche on the 17th grid spot. Marvin Klein (France/Martinet by Alméras; 68), Köhler (56) and Simmenauer (55) could overtake the Dutchman. A special prize awaits the winner of this classification: He gets the chance to contest the Porsche Carrera Cup Le Mans in a fortnight at the wheel of a 911 GT3 Cup run by the Porsche Mobil 1 Supercup Organisation. The race contested by both the German and French Porsche Carrera Cups is run as part of the 24-hour classic.

The final round of the 2020 Porsche Mobil 1 Supercup kicks off Sunday (6 September 2020) at 12:30 pm (CEST). Fans can follow the race via internet live stream on F1TV.formula1.com. Regular updates can also be found on the Supercup’s social media channels Twitter (@PorscheSupercup), Instagram (#PorscheSupercup) and Facebook (@PorscheSupercup). 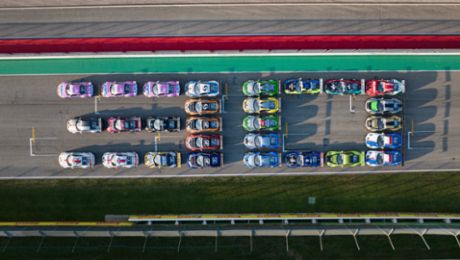 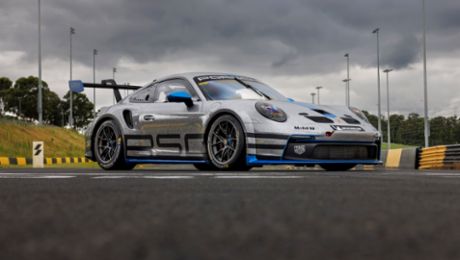