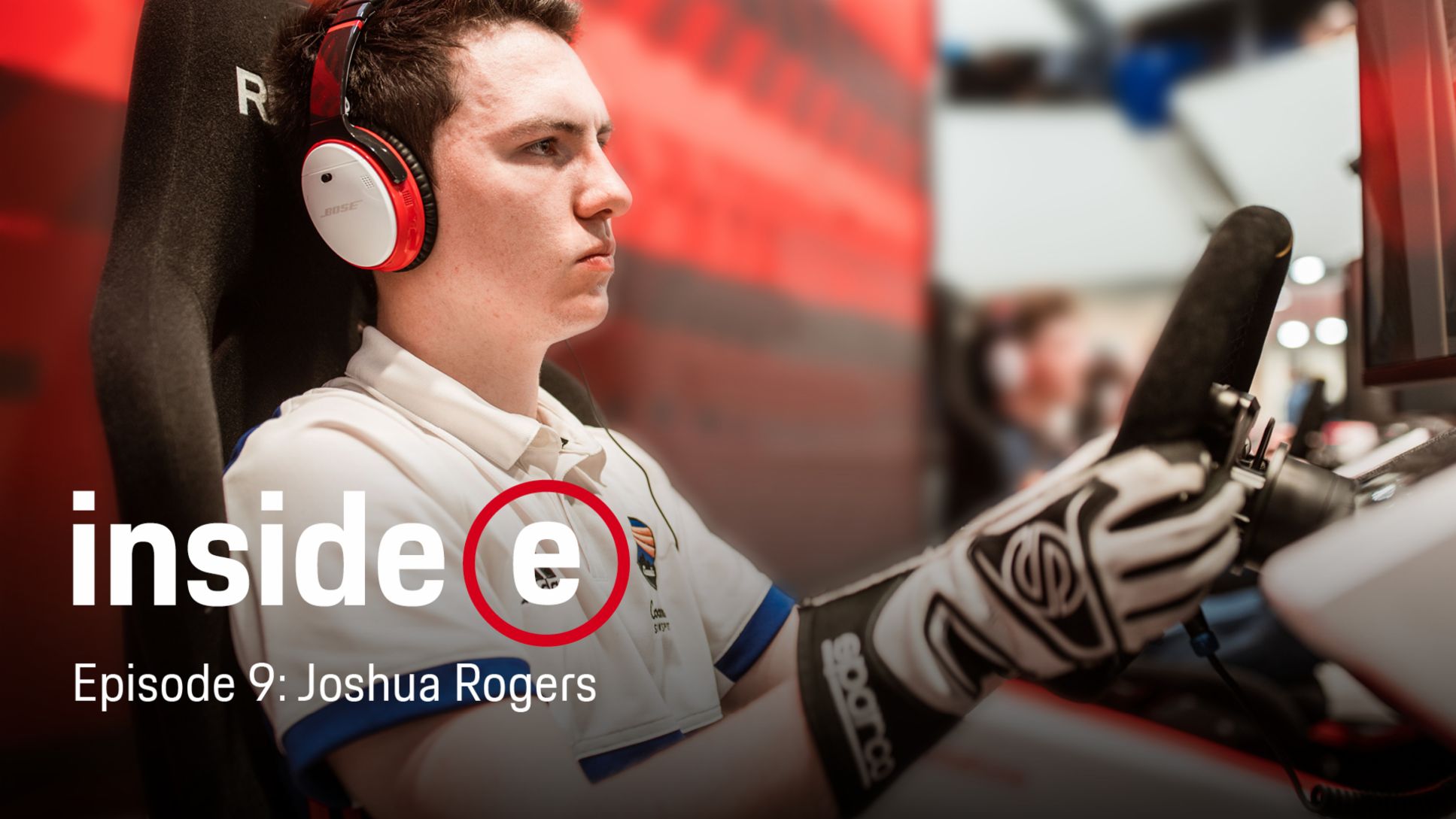 Joshua Rogers is currently regarded as one of the best sim racers in the world. Success has seen the Australian quickly make a name for himself on the Esports scene – particularly in association with Porsche. Last autumn, the 20-year-old was crowned champion of the Porsche TAG Heuer Esports Supercup.

Rogers has recently competed for the TAG Heuer Porsche Formula E Team in a virtual Porsche 99X Electric in the ABB Formula E “Race at Home Challenge”, as well as in the virtual version of the 24 Hours of Le Mans. In episode nine of the “Inside E” podcast, Rogers discusses his origins in motorsport, his move from real to virtual motor racing, the parallels and differences between both worlds, and his collaboration with the Stuttgart-based sports car manufacturer.

Sim racing has enjoyed a real boom in recent months, thanks largely to the coronavirus crisis. In the “Race at Home Challenge”, launched by Formula E, the regular drivers in the electric racing series competed alongside professional sim racers in a separate category. One name that featured regularly at the top of the results was that of Joshua Rogers who drove a digital Porsche 99X Electric for the TAG Heuer Porsche Formula E Team, and impressed with one victory and three podiums from a total of five starts.

The Australian’s passion for motorsport began in the real world. “My family was always passionate about motorsport – whether on two or four wheels,” said Rogers, recalling his childhood. When he was given his first kart at the age of seven, he was a regular at racetracks down under. At the same time as karting, Rogers also began to use sim racing as part of training in 2014, and soon started to enjoy it. “There are definitely similarities, but also differences between real and virtual racing. There are more general techniques, like how to find the racing line, accelerate out of corners, or internalise braking points, which are very similar to real motorsport,” said Rogers. “Conversely, you obviously don’t have the driving experience and connection to the car, which you would do on a racetrack.” There are also parallels when it comes to preparing for an event, in terms of the car, track and game software. “Finding the best configuration for the car and analysing telemetry data is part of my everyday work,” said Rogers. After all, sim racing is far more than just lounging on a sofa with a controller.

In 2019, he made his hobby his profession. Winning the titles in the Porsche SimRacing Trophy and the Porsche TAG Heuer Esports Supercup were the breakthrough for the 20-year-old that also convinced him to move his life to Europe. “I have many positive memories of last year. Victory in the Porsche TAG Heuer Esports Supercup, in particular, was a milestone for me,” said Rogers. The current project is to defend that title, and three races in the Australian currently leads the championship. The next round will be held on the virtual Le Mans track on 20th June. Last weekend, Rogers and team-mates Nick Tandy, Ayhancan Güven and Tommy Ostgaard claimed their first virtual victory in the GTE class at the 24 Hours of Le Mans with the digital version of the 911 RSR.