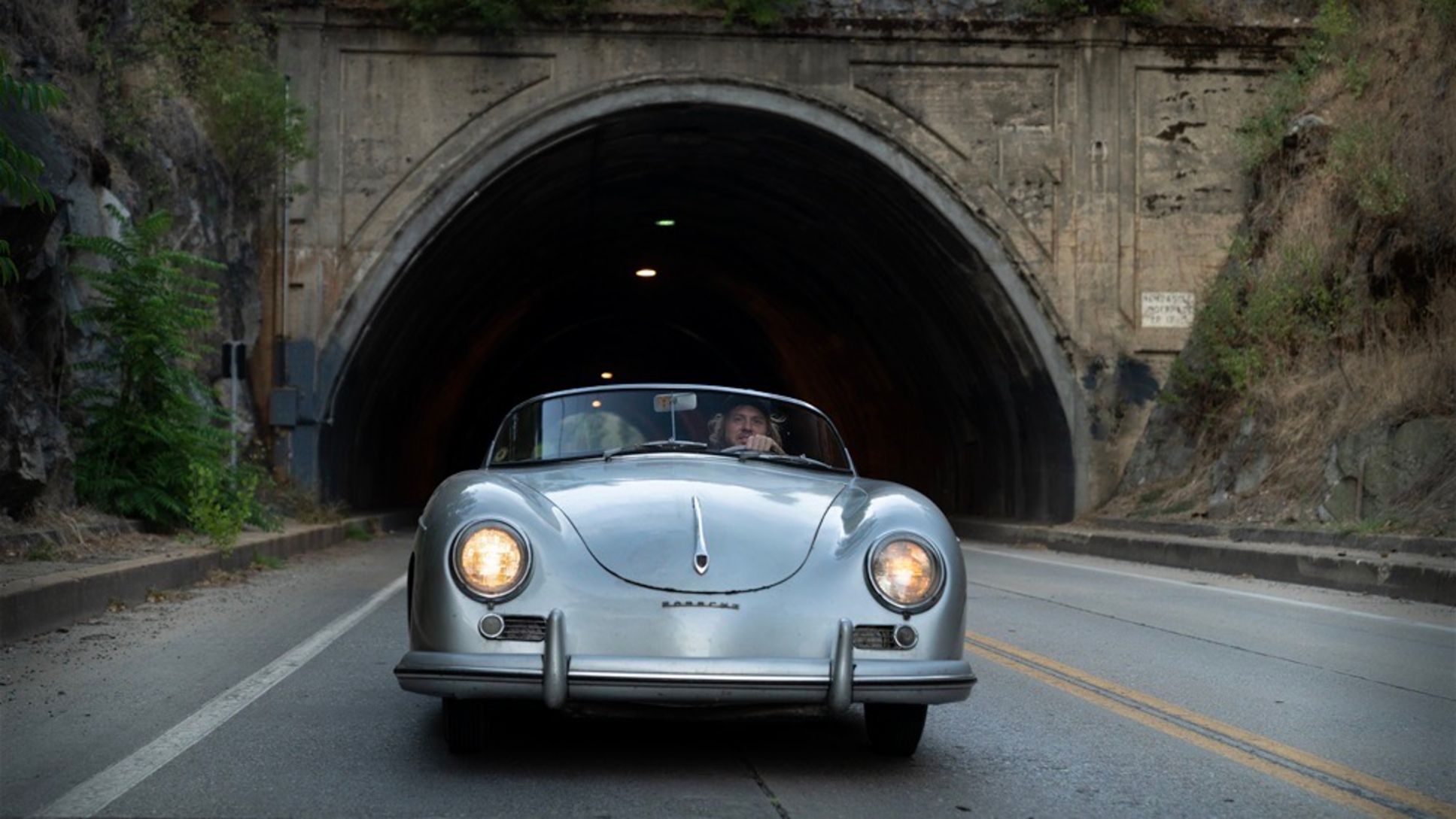 Matt Hummel is one of those people with Porsche in his blood. The Californian collector has a deep-rooted obsession with the 356, trading around the world in rare OEM parts while running and restoring a variety of highly original and heavily patinated Coupés and Cabriolets. But the car that has always eluded him, the Hummel holy grail if you like, is the ‘Pre-A’ Speedster, the very first of its kind and a rarity today by any standard.

The Speedster was Porsche’s pared back offering for the US market, targeting amateur racers who wanted a lighter and more simple car to drive to (and around) their local circuits at weekends. It did away with many of the Coupé’s and Cabriolet’s mod cons, had bucket seats, lift-out window glass and that now trademark cut-down windscreen and hood. Just 1,234 Pre-A Speedsters were built between 1954 and 1955, only about one sixth of them in the first year with the 1500cc engine so sought after by collectors like Hummel.

“I’d been looking for a Pre-A Speedster for a long time and I really wanted a model built in 1954 with the older two-piece engine,” Hummel explains. “They only made 200, so it was already a really difficult car to find, but it also had to be the right one, with the right character. There had to be something about it that I connected with.” With the feelers out among all his friends in the global 356 community, Hummel had been on the hunt for years when, in the autumn of 2019, it looked like the search might finally be over.

An Oregon-based mechanic who knew what Hummel was after had been approached by an elderly gentleman with an early Speedster that needed routine work but that might also be for sale. When Hummel saw the car, it was love at first sight. Not only unrestored and wearing every one of its 66 years with patinated pride, it was also silver, not a standard factory colour. Some careful investigation soon revealed that, aside from the first prototype, this was the only Pre-A Speedster ever to leave the factory in Silver. Hummel made a tentative offer shortly before the owner and his wife left for Florida for the winter.

“I’d been looking for a Pre-A Speedster for a long time and I really wanted a model built in 1954 with the older two-piece engine.” Matt Hummel

“So I spent the winter finding the money,” Hummel recalls, “selling two other Porsches I had, and some rare parts and a bunch of motorcycles that I didn’t need. I really felt like I connected with this car. When an old Porsche still has that charm and personality you’ve got to go for it. It’s become such a rare thing to find because so many of them have been restored and lost their character.” This was not to be a straightforward purchase, however. The owner had bought the car back in 1964 and cherished it ever since. It was a member of the family, and not something he could easily part with.

“The owner was dragging his feet on it because it had been a significant part of his life and selling it was the end of an era,” Hummel explains with evident empathy. “And then something happened. He parked the Speedster behind his truck and forgot to set the brake, so as he got out it rolled into the back of the truck, denting the hood and braking a headlight. That’s when he called me and said “So, are you going to come and talk to me about the Speedster or what?” – he didn’t want his wife to know he’d dented it!”

Matt was back in Oregon within 48 hours and a deal was duly struck. He describes the Speedster as ‘an old shoe type of car’, weathered and worn but also familiar and comfortable. It has never undergone a full restoration, instead being carefully maintained with replacement parts and paint over the years, and at some point a colour change to the interior from its original red to black.

“I have all the documents and receipts from 1964, so everything the owner did he kept a record of. It’s a genuine 77,000-mile car, so it drives pretty nice and I’m very fortunate that he took such good care of it. Now I’m part of this Speedster’s log book and history. I’ve already started adding my receipts and it feels so good to be connected to a car that been so respected through the years.”

Anyone familiar with Hummel’s previous 356 projects will not be surprised to learn that he immediately began removing any replacement parts in a bid to return the Pre-A to its correct 1954 specification. “Over the years a lot of original parts had been changed out or upgraded – like reproduction taillights, a new shifter knob or ignition switch. So I’m changing everything back with unrestored factory parts that fit the overall image of the car. It feels like restoring a painting or something now, putting all the fine details back into it. I love doing it – returning an old Porsche to its original glory.”

Hummel has also put the car back onto its original 16-inch rims and correct cross-ply tyres. Future plans include some minor rust repairs to the chassis and, if he can find enough original red upholstery with the right degree of wear, a return to the correct interior specification. But the exterior will remain absolutely untouched, save the one repair to that all important dent.

“A lot of people see what I’m doing and want to help out,” Hummel says. “Some of them have even given me free parts to help bring the car back to absolute originality. The Porsche community is great for that – people are so helpful and supportive. I’m having so much fun working on it and it’s a blast to drive. I really value the experience and cherish the car so much that I actually look on owning it as a gift. It is an honour to take on this car and it’s going to be with me for a long time.”