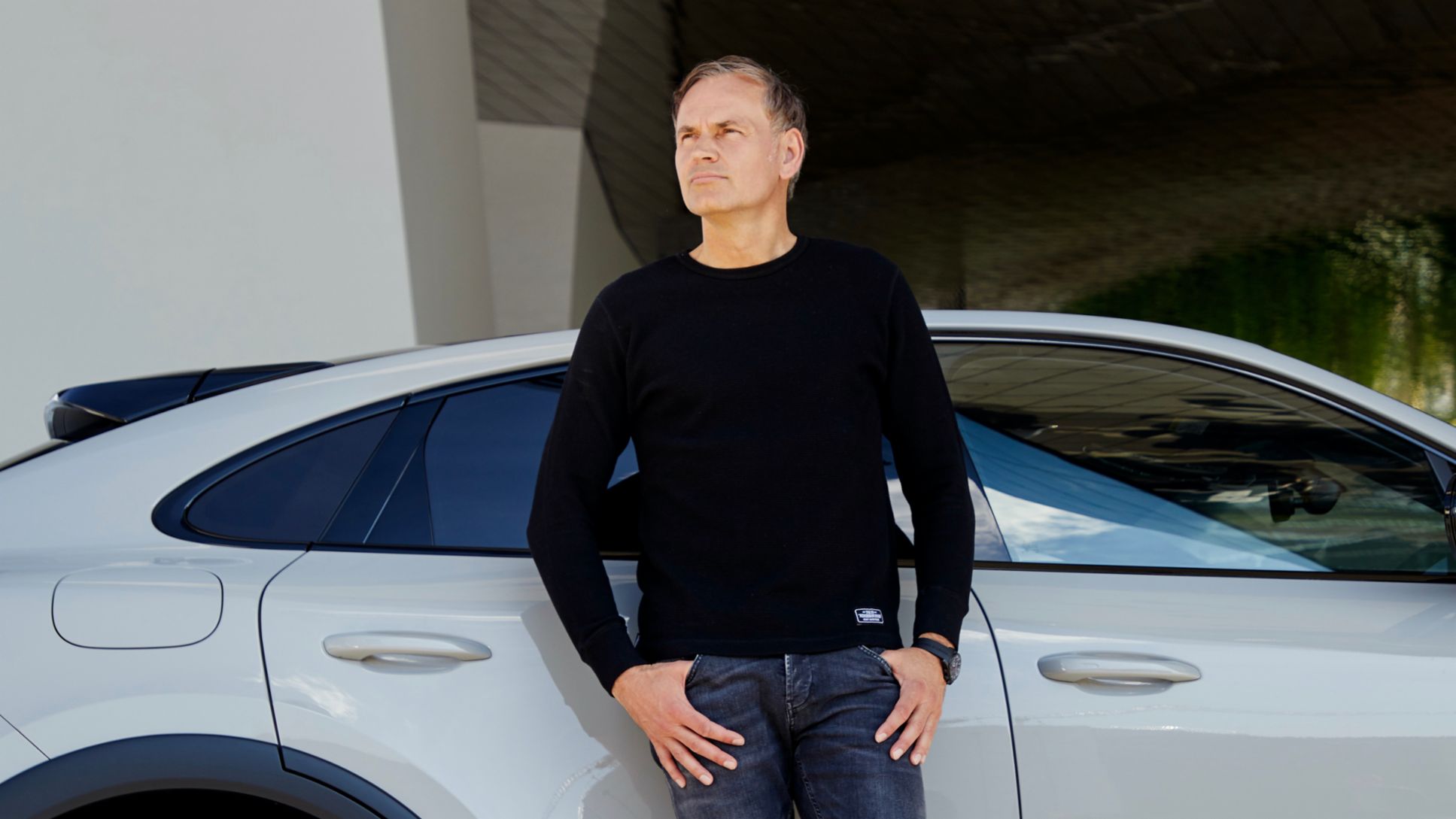 Porsche focuses on sustainability. CEO, Oliver Blume, shares his opinions on roaring engines, the attraction of SUVs in other countries and shopping without plastic bags in this interview.

Mr Blume, the word on everyone’s lips is climate protection. Have you changed your behaviour as a result?

Oliver Blume: Yes, all the attention towards climate change over the last few months has caused me to reflect on and adapt my own behaviour. Even if it’s just meant changing smaller things such as using public transport more often. And I try to avoid plastic bags by taking my own bags with me when I go shopping. I also carbon offset my flights. There are always ways to improve, starting with your own personal attitude and behaviour.

Many customers like both, and this includes me. The three most important reasons for buying a Porsche are the brand, the product and the design. After we launched our first electric model, the Taycan, many customers contacted us to say that was exactly the car they had been looking for. A Porsche driver wants to be a trendsetter with access to the latest technologies. With the Taycan, you can drive a sporty car but with zero CO2 footprint – driving with a sound ecological conscience so to speak. We are pioneers in sustainable mobility, combining the sports car with sustainability.

Some say no, others say of course it does! We offer the customer both driving experiences. This is why we are working hard at continually optimising the emissions of our petrol engines. Many belonging to my generation love the sound of our engines. We have learnt to associate the sound with speed acceleration and driving dynamics. In reality, sound has nothing to do with the car’s driving characteristics or its performance. In the future, my own children will not associate an engine’s roar with a car’s performance. They will expect an innovative, digital car such as the Taycan.

I find it really encouraging that the discussion on climate has been elevated. This gives us new impetus to reflect on our own strategy and pursue further developments. We are focusing on a flexible drive strategy: emotive combustion engines such as the 911, powerful hybrids such as the Cayenne and Panamera as well as innovative electric cars like the Taycan. Everything we do is typically Porsche; we take our inspiration from motorsports and focus on becoming more sustainable.

Some in the car industry warn that the urgency of the climate protection demands could destabilise the industry. 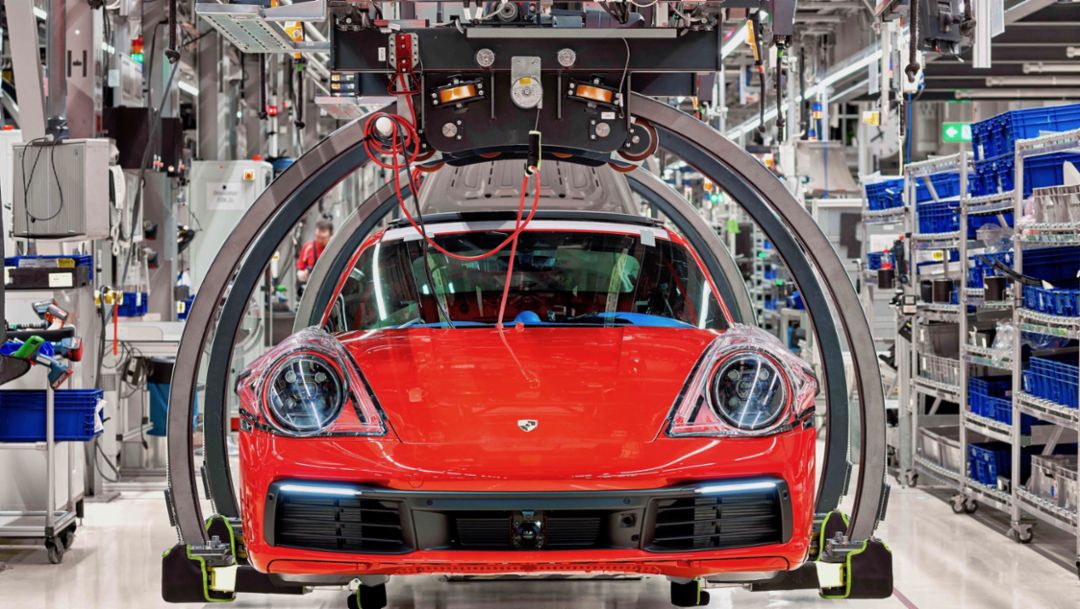 Porsche has reduced CO2 emissions by 75 percent since 2014

Porsche is on course for success when it comes to sustainability. The sports car manufacturer has reduced the CO2 emissions per vehicle by more than 75 percent since 2014.

By having a clear, long-term goal. Porsche is striving to become a zero-impact company, in other words a company without a CO2 footprint. What’s important on the path to climate-neutral production is to set measurable intermediate goals. For example, all Porsche sites in Germany have been using 100 percent green electricity for the last three years. Over the past five years, we have reduced CO2 emissions per vehicle by 75 percent in production. We also have a clear set of guidelines which our suppliers have to comply with. And a sustainability advisory board comprising well-known experts advises us on our practices. As you can see, we have taken the first positive steps  but there is still a lot we have to do.

When we talk about sustainability at Porsche, we have one clear, guiding principle: The first priority is avoidance, the second is reduction and only then do we talk about compensation. At our CO2-neutral factory in Zuffenhausen, we prioritise the avoidance of waste and emissions. With every new generation of combustion engine, we have reduced the emissions. Only after that do we deploy a strategy of compensation: For instance, we have launched a programme called “Porsche Impact” where our customers can offset the carbon footprint of their car.

If speed determines the range, what do you think about a general speed limit on German motorways?

I don’t think much of the idea. It is a question of politics. Like many Porsche drivers and many of my colleagues in the company, I regard the fact that there is no speed limit on German motorways as a matter of personal freedom. We should give people this freedom. A speed limit is often used as an argument for reducing the number of accidents. However, the accident rate on German motorways is five times lower than on country roads. Statistically speaking, motorways are among the safest roads in the world. I am against the idea of a speed limit on motorway sections where you can drive safely without jeopardising the safety of others.

This is a very German discussion which is not understood at all in China or the US. There, people ask why are SUVs in Germany so small? People who drive SUVs are people who have a lot to transport or appreciate the driving comfort and safety of sitting higher up in the vehicle.

The climate package proposed by the German government includes a recommendation to heavily tax cars with particularly high CO2 emissions such as SUVs. Do you think this is a good idea?

We will have to wait to see what the conclusion to this political discussion is. In general, I think it makes sense to create incentives for more environmentally friendly cars – for example for hybrids and e-cars. This endorses the strategy which we have adopted at Porsche. Lower taxes on climate-neutral cars and an attractive infrastructure are helpful recommendations, but higher taxes are not.

The more SUVs your customers drive, the harder it will be to meet the CO2 requirements of the EU.

Five years ago, nobody would have believed that Porsche could meet the fleet CO2 emission value. Today, we can confirm that our strategic course of action will result in us being well below the target requirements in the future. Porsche is an innovative, driving force in this area; as a sports car manufacturer, we will be below the average fleet emission value by 2021 already. And in sustainable terms too.

Ahead of the arrival of the Taycan, Porsche Centres around Australia are installing new charging facilities, with some capable of 350kW DC charging.

From Track Experiences to the Ice Experience in Finland, the Taycan is now an integral part of Porsche’s customer driving programmes. However, not everywhere provides the adequate infrastructure for charging the electric sports car en masse. Meet Porsche’s innovative solution: a fleet of stand-alone, high-power charging trucks that offer mobile charging on demand.