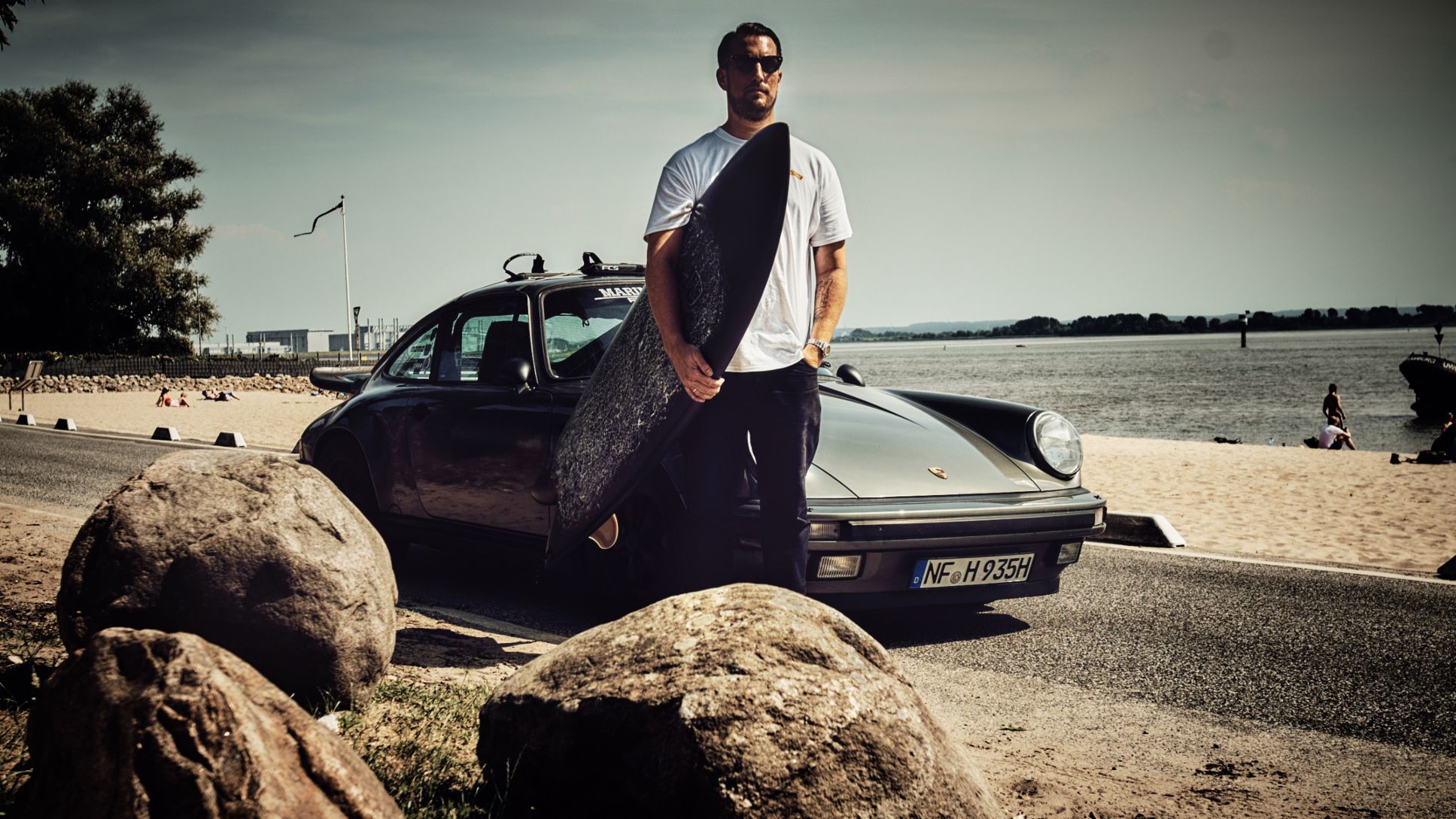 Ken Hake lives and breathes surfing. On water he prefers a board – on asphalt his favourite is the 1987 Carrera 3.2. A meeting with the initiator of the “Petro-Surf” Porsche gathering.

He only misses San Diego occasionally, and it's whenever he is on the board and when he thinks back to the relaxed Californian lifestyle. “The Pacific’s waves are just one of a kind, not even the rough North Sea can match them,” says Ken Hake, who was born on the North Sea island of Sylt in 1979.

He learnt how to properly ride the waves, whether on the Atlantic or Pacific Ocean, in the North of Germany – initially by windsurfing, later exclusively using a surfboard. In 1996, Hake even won the German surfing championship. “It’s hard to believe but Sylt can look back at a long surfing history. As early as the 1950s, lifeguards used boards to master the waves of the North Sea. At some point they then brought back surfboards from their holidays in France and took to the waves on them,” says Ken Hake.

At 18, the native of Sylt was keen to venture out across the ocean and ended up in California. In 1997, Hake formed part of the German national team, taking part in the World Surfing Championships in Huntington Beach, where he immediately caught the bug of the Californian way of life. A year later he returned to the Golden State – this time to San Diego, where Hake studied marketing and economics. “However, most of the time I was busy surfing in La Jolla, which has one of the world’s oldest surf clubs. There was a special spirit in the air, something without comparison,” he romanticises to this day.

However, after having spent twelve years in the US, he returned to Germany. Pivotal in his decision was his employer’s relocation from San Diego to Los Angeles. “I like L.A., but living there just seemed too hectic,” says Hake, looking back. “I knew that if I didn't return to Germany at that point, I would never do so.” Back in Hamburg, Hake, who had always been fascinated by design, created his own label: Marine Machine. Ever since, leather jackets meant to last a lifetime have been on sale from Hamburg across the virtual shop counter. However, Hake is also surfing his own wave in terms of Porsche.

The brand has been accompanying him since he was a child. “My father sparked a passion in me for sports cars from a very early age,” Ken explains. Hake Senior is standing right behind him. “I was the second person to ever bring a Porsche to the island of Sylt. And I remain the only one who has been doing so to this day,” Hake’s father says.

“Porsche is unique, a brand that is close to my heart” Ken Hake

His first Porsche was a 356 Super, followed by a Carrera 2, “the one with the famous Fuhrmann engine featuring overhead camshafts ... You know what I mean. I am still annoyed that I sold it, even today ...,” Hake Senior, mineral oil merchant and former pilot, admits. He used to fly famous publishers like Rudolf Augstein, former publisher of the German magazine “Der Spiegel”, around the world.

“Looking at the selection of Porsche cars my father has owned over the years, I almost get goosebumps. There was an S version of the F Model he had modified by Rennsport Kremer. Then two Carrera 2.7, both as a Touring and also a racing version, plus an SC, which Alois Ruf tweaked for him,” Hake Junior explains. Today, Hake Senior drives a Porsche Type 964 Turbo including factory powerkit (WTL). Ken, on the other hand, swears by a G Model in Granite-Green Metallic. He uses it to travel as far as the French coast to go surfing.

“Porsche is unique, a brand that is close to my heart,” Ken says. His statement is underlined by his most recent project: Petro-Surf, something he brought to life together with his friend Angelo Schmitt. It’s a kind of collaboration between surfers and Porsche enthusiasts. Recently, the community met on Sylt for the second time, attracting not only sports car aficionados from all over Germany, but even fans from New York and Australia. Ken never really burnt his bridges with California.

For example, he has already supported works driver Patrick Long in his aim to establish the US-based Luftgekühlt Porsche gathering in England and Munich. “Back then my mate Matthias Hoeing and I were on our way to Spa to visit Patrick at one of his races. In that season he raced alongside Patrick Dempsey and Marco Seefried. We quickly became close,” Hake reminisces, who was unsuccessfully seeking a similar spirit in Germany to that embodied by Luftgekühlt.

After having started in Los Angeles, Luftgekühlt also became a success in Munich and in the English town of Bicester. Petro-Surf now enhances the spirit of classic Porsche gatherings. However, it’s all according to Ken Hake’s liking: with a Northern German flair.

“I look forward to finding out where Porsche and Petro-Surf will take us,” Hake explains. “The first two gatherings were a success. They proved that the air-cooled scene in Germany is almost as chilled out as the one in Los Angeles.” 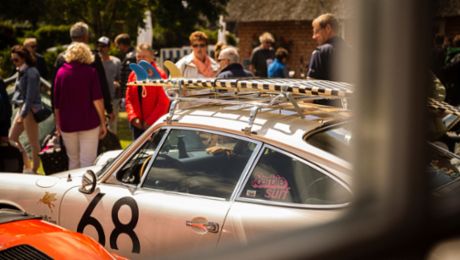 The Porsche and surfing festival on the island of Sylt sent out a signal far across the sea for the second time.