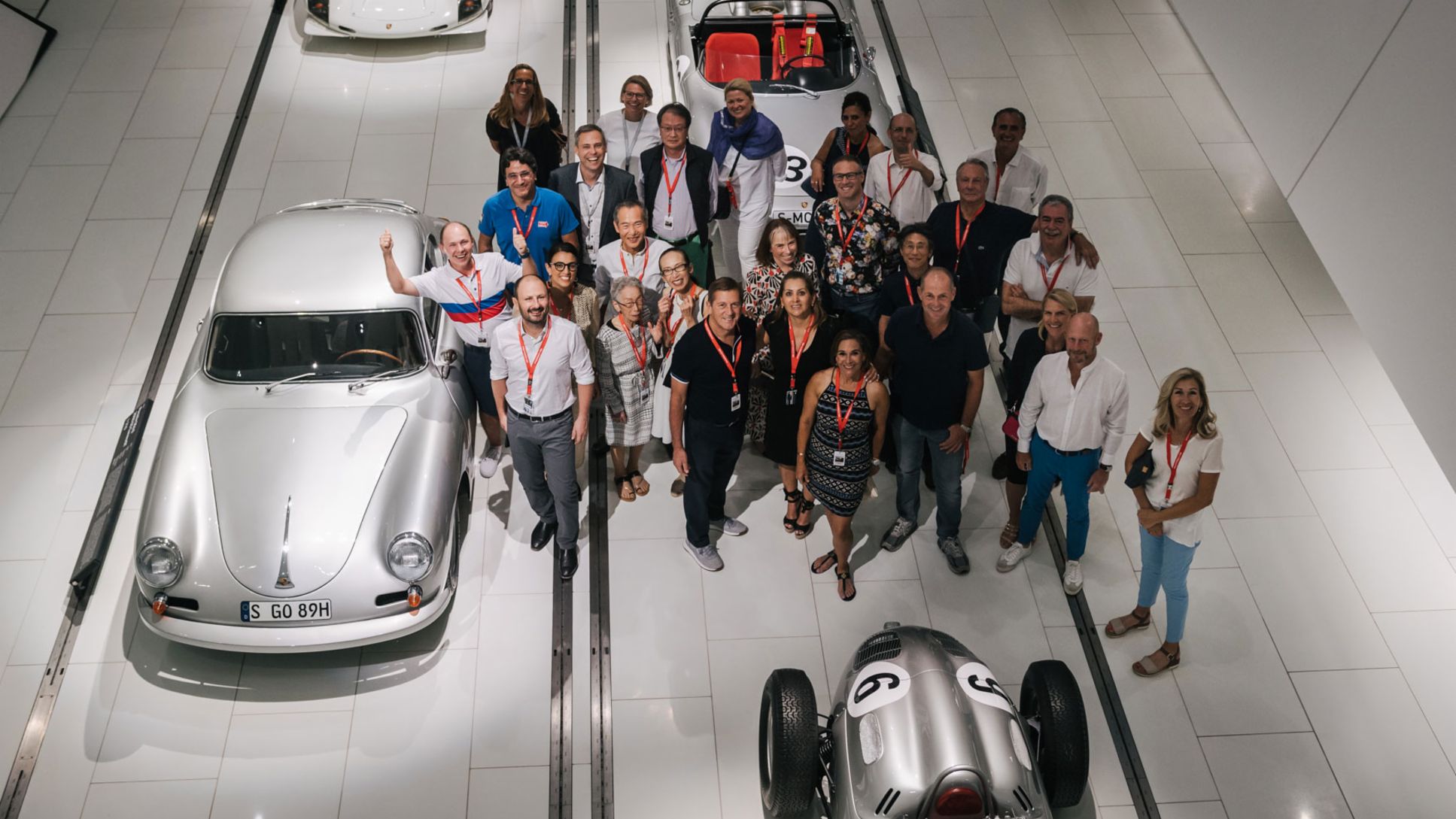 Porsche Golf Circle members have been meeting up now for the last 18 months to “live” and enjoy the passion of Porsche and golf. Last week, 25 members gathered in Stuttgart to experience the legend that is Porsche at arm’s length.

Porsche’s heart beats in Zuffenhausen. It was therefore clear to the organisers of the Porsche Golf Circle that it would be nice if its members could meet up for one of the events in the Community’s second year at the place where the Porsche sports car legend was founded. The participants at the four-day event were welcomed by Sandra Siegloch, Manager Porsche Community Management, and Eberhard Schneider, Manager Global Events & Services, who were pleased to play host to customers from eight nations, from as far off as Mexico, Australia and Japan and from Italy and Germany.

Internationality is one of the features of the Porsche Golf Circle. At three to four annual international events and the app-based Community, people with the same interests can communicate both personally and digitally. Members have congregated to watch top class golf at professional events like the Ryder Cup or the Porsche European Open and have themselves played Community tournaments, including one in Tenerife. Later this year, they will travel to Singapore to once again experience the Porsche Golf Circle and therefore the Porsche legend beyond the 18th green.

Exclusive insights behind the scenes

In Zuffenhausen, the legend really was at arm’s length. The group was able to visit the Zuffenhausen plant right away on the first day. In the evening, the Porsche brand experience was amplified once again during an exclusive guided tour around the Porsche Museum outside official opening times. Frank Jung, the manager of the historical archive, opened the doors to the workshop. When walking around the museum, which was opened ten years ago, the Community listened to amusing anecdotes from the history of the sports car manufacturer. Special highlights were the super sports cars in the form of two Porsche 959s as well as a variety of vehicles belonging to the 917 Le Mans legend which this year celebrated its 50th birthday. The day was brought to a close by the Community in the Restaurant Christophorus with a view of the famous sculpture on Porscheplatz.

Whilst the first day was dedicated to the legend that is Porsche, on days two and three, the focus was more on golf. Due to the scorching summer temperatures, Porsche organised e-trolleys with an umbrella for every participant. There were also ice-cold towels and refreshments around the course at the Golf Club Domäne Niederreutin. Nothing was now standing in the way of a fun scramble tournament for twosomes. Particularly amusing was a photo competition on the 14th hole where the groups presented themselves in all kinds of poses for the photographer. Later, the winners were not the only ones celebrating during the barbeque on the club terrace. The most fitting comment to describe the day of golf came from Mexico: “One simply plays better golf with nice people.”

In the evening, the participants went on a tour of discovery around Stuttgart city centre. During the guided tour that started at their hotel, the Community gained an impression of city life in the so-called “Swabian metropolis”. In the Plenum restaurant nestling between the opera house, state parliament and “Neuem Schloss” palace, the winning group of the photo competition received their prizes in a festive atmosphere.

The next day at the outstanding Golf Club Solitude included, alongside the singles, fun competitions like “nearest to the line” and “hit the green” which provided added excitement during the tournament round. The good atmosphere amongst the pairings was also transferred to the evening at the Kessler Sekt cellar which had lots of information about Germany’s oldest sparkling wine maker in store for the Community members who then had lots of fun tasting the fine wines. Later the Community then celebrated the previous days’ most emotional moments over a concluding dinner that was accompanied by the victory ceremony. “So many people from so many countries – it was even better than we had ever hoped for,” said a delighted Nadia El Assawy from Italy who was taking part for the first time.

The new Porsche 911 in every colour

A number of other participants had booked the road tour around the Black Forest on the final day. Awaiting them in the morning was a highly colourful 911 parade belonging to the eighth generation right in front of the hotel entrance – the start of a special excursion. And the end, of an impressive journey to the heart of Porsche that once again combined everything that constitutes the Porsche Golf Circle Community – savouring the passion for Porsche and golf in an intimate atmosphere amongst people with the same interests. 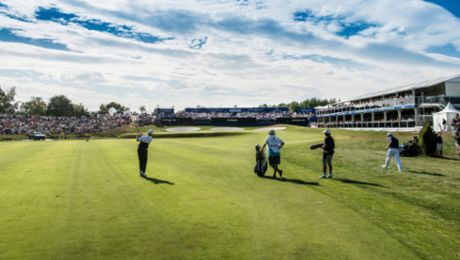