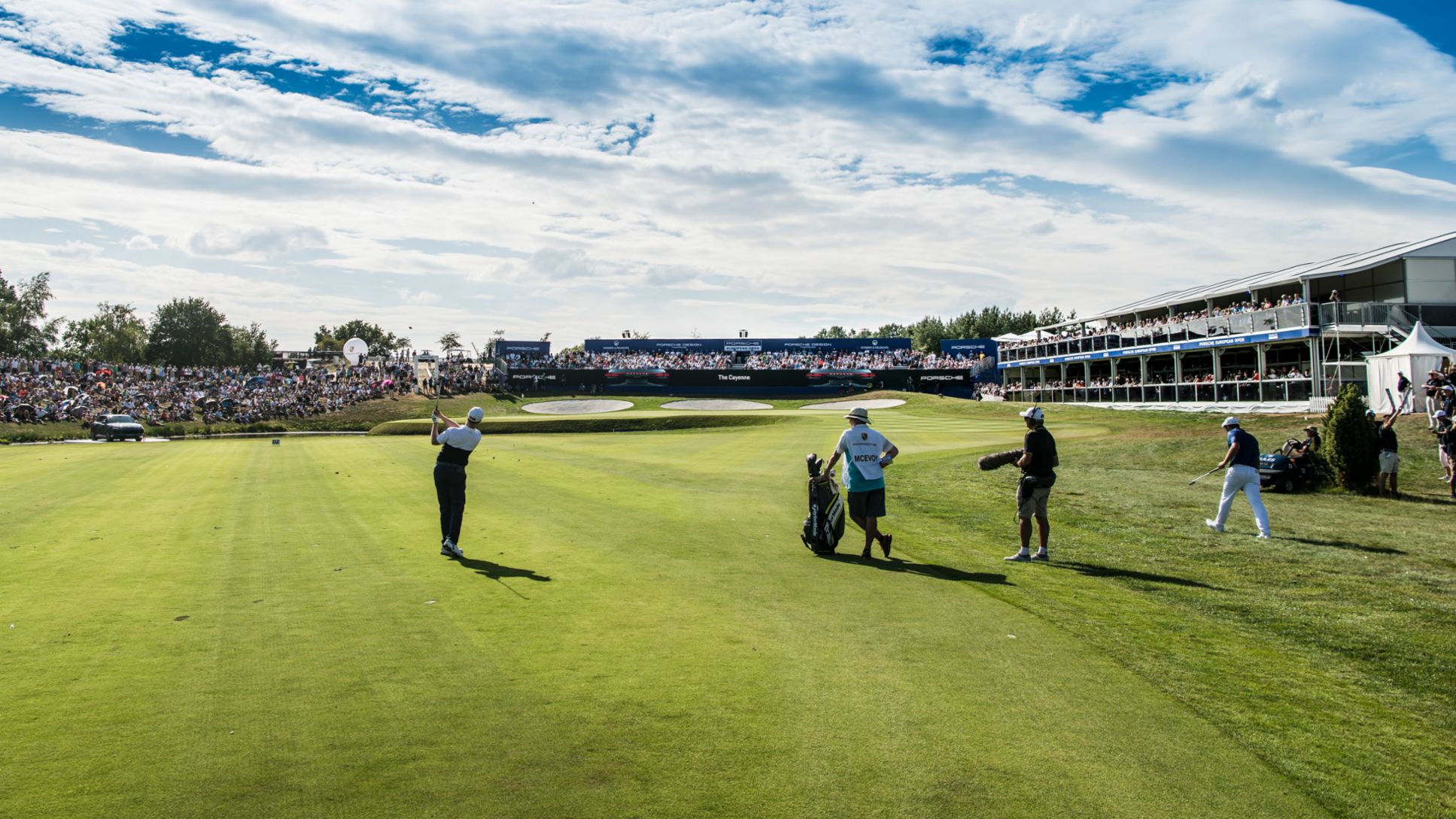 Top stars to play for a Porsche Taycan

Ever since the first staging of the Porsche European Open, an important goal has been to offer top level golf to the spectators standing at the side of the course and viewers worldwide sitting in front of their screens. In the fifth year of its existence, the tournament has gone to great lengths to meet the claim.

With Xander Schauffele, Paul Casey and Patrick Reed all due to compete, three top US PGA Tour stars will tee up at the Porsche North Course belonging to the Green Eagle Golf complex just outside Hamburg from 5 to 8 September. Not only the golfers will be causing quite a stir but also a car as the Porsche Taycan will be on view to a broader public for the first time as the hole-in-one car in Hamburg.

The golfing highlight at the third edition of the Porsche European Open in northern Germany is the appearance of the current world No. 10 ranked golfer – USA’s Xander Schauffele. The 25-year old, who will be playing in Germany for the first time, is the youngest member of a successful Stuttgart sports family. Great-grandfather Richard “Molly” Schauffele initially played soccer as a striker for VfB Stuttgart and later won 40 track and field titles for the club. He continued to play an active role in sport after his playing career in his role as the president of the Stuttgarter Kickers club. His grandson, Xander’s father Stefan, was also a successful decathlete. The Swabian roots common to Porsche and the player are a special spur – as illustrated by the “I am Athlete” campaign in which Schauffele shines as the protagonist alongside the new Porsche Cayenne Coupé. In it Schauffele impressively highlights that golf, as a high performance sport, and the powerful Porsche sports cars are a strong bond.

Patrick Reed, “Captain America”, will be competing for the third time in succession at Green Eagle. The 2018 Masters champion has been given the nickname after his emotional Ryder Cup performances for Team USA. At Green Eagle, he has twice performed well and now hopes to improve on his tied ninth place last year. “2018’s final round didn’t go well for me. I hope to turn things around this time and challenge for the title.” Reed is just as excited by the Porsche North Course as he is by Hamburg as a city: “I’ve really enjoyed all my stays there. Hamburg is a fantastic place.”

The Englishman Paul Casey, currently the world No. 15, has a quite special relationship with the European Open that was held in Great Britain without exception up until 2009. “I’ve made no secret of the fact I would love to win this tournament,” said Casey. “This is an event steeped in history and I used to volunteer at this event as a small kid when it was held in England at Walton Heath.” This year will be Casey’s second appearance in Hamburg and he can look back on a very successful 2019 season in which he was able to celebrate his 19th professional win: “This year has gone well for me so far. My game is in good shape and I’m excited to test myself in Europe again.” Last year, the car lover had lots of fun improving his driving skills on a nearby test track in a Porsche 911 GT3 RS.

The world class field is in the interest of the European Tour which this year is acting as the organiser for the first time. “Hamburg has been an excellent host city of the Porsche European Open over the last two years and we are looking forward to returning from 5 to 8 September with a world class field,” says Championship Director Richard Atkinson.

However, it is not only the top stars that make the field so highly attractive. The current entry list means the spectators on the course can look forward to a top class field containing several leading players – including Ryder Cup stars for Europe and USA, European Tour event winners and former Porsche European Open winners. The final list of competitors will be confirmed just before the start of the tournament. One thing is for certain, namely that last year’s winner Richard McEvoy (England) would like to successfully defend his title.

Though Germany’s Marcel Siem was unable to win the title two years ago, he still managed to take a Porsche Panamera Turbo Sport Turismo back home with him by hitting a hole in one at the 17th – one of the highlights of the Porsche European Open, and not only from a German point of view. Siem will also be in the starting line-up again this year as will Maximilian Kieffer and Bernd Ritthammer, who impressed recently in Spain when finishing eighth. The trio hopes, like all the German contestants, for good results from domestic golfers at the Porsche European Open. Last year it was Allen John, then still an amateur, who played an outstanding tournament to finish as the runner up.

Porsche Taycan as the hole in one car

Awaiting all the golfers teeing up for the fifth edition of the Porsche European Open is a spectacular highlight on hole No. 17. The first player to hit an ace will receive the new Porsche Taycan – the first purely electrically powered car manufactured by the title sponsor which will be officially launched only one day before the start of the tournament. Visitors will also have the chance to win the Taycan at the Porsche Public Hole in One event.

Even before the start of the tournament, golf lovers can also get a feel of the Porsche European Open away from Green Eagles in the heart of Hamburg from 22 August to 8 September. At the “StrandPauli” beach club near the so-called “Landungsbrücken”, little golf holes will be set up for the Porsche Urban Golf Club on the special promotion days (Thursdays to Sundays) when tickets for the tournament can be won. 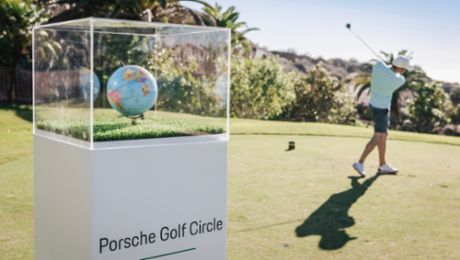 The Porsche Golf community has brought a successful year to a close at the Abama Golf Resort in Tenerife. 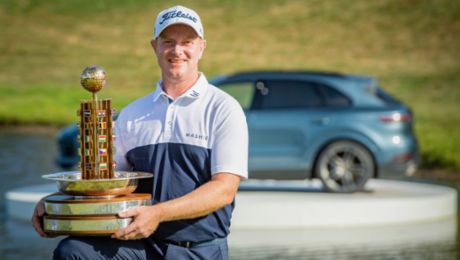