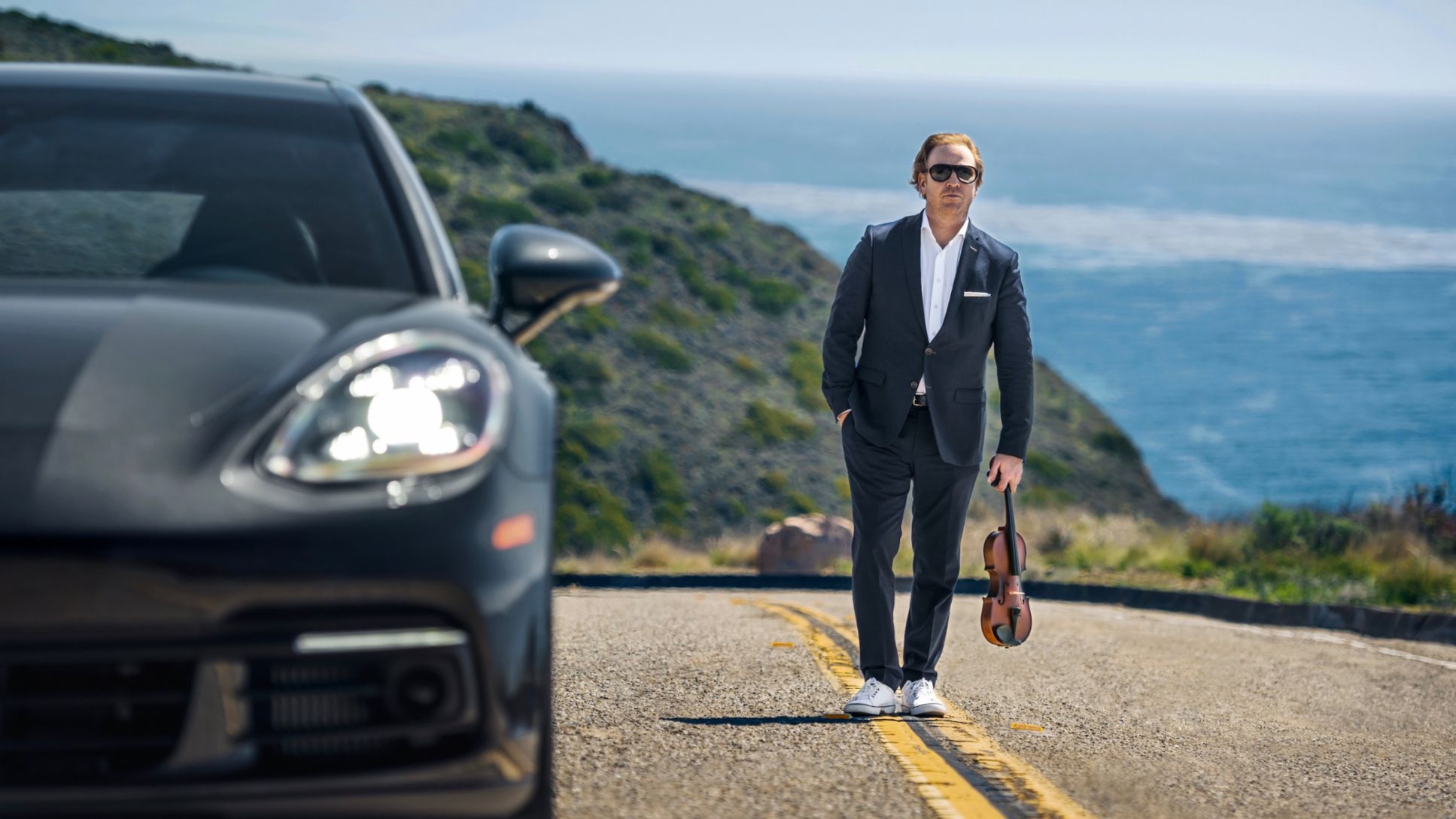 Daniel Hope is one of the world’s most successful violinists. In addition to his solo career, he initiates and directs countless music projects and is constantly jetting around the globe. On his world tour he indulges in a short break—in a Porsche Panamera.

Los Angeles. At the Wallis Annenberg Center for the Performing Arts in Beverly Hills, women in evening gowns sit next to youngsters in kippahs and sneakers. Heads nod in time to the sound of Vivaldi as if it were rock music. On stage, Daniel Hope conjures up a thunderous summer storm on his violin. Playing a new interpretation of a famous baroque piece, the forty-five-year-old succeeds in doing what many musicians dream of—his album For Seasons has been enthusiastically received not only by hardcore fans of classical music but also by young adults.

Now it’s the morning after the concert, in a place somewhere between towering palms and ambitious dreams. Hope sits in a Porsche Panamera and enjoys a rare moment of quietude. He begins to talk. About music. About himself. And what music can set in motion.

Hope appears on stage in around 130 concerts a year

As music director of the Zurich Chamber Orchestra and of San Francisco’s New Century Chamber Orchestra, Hope is both a director and a soloist. As artistic director of Dresden’s Frauenkirche, he’ll plan and organize ambitious concert programs as of 2019. Throughout the world, the remarkable determination with which he pursues charitable and public-interest projects attracts powerful sponsors. His name appears in the titles of nearly twenty-five albums, and he himself appears on stage in around 130 concerts a year. Once a week he hosts his own radio show. He writes books and newspaper articles. And he can also be seen on screen—most recently in the documentary film Daniel Hope—Der Klang des Lebens (The Sound of Life).

Hope was born in Durban, South Africa, to a family that had fled Nazi Germany. His father, a writer who was critical of apartheid, was not viewed kindly by the South African regime. So, in 1975, Eleanor and Christopher Hope took their two sons and left for London, their German-Irish roots helping to smooth their path to exile. Hope’s mother took a job as secretary to and later as the manager of Yehudi Menuhin, one of the most prominent violinists of the twentieth century. At an early age, Hope acquired a fascination for the violin from Menuhin. He was just four years old when he first heard the music that would change his life—The Four Seasons.

But in addition to Vivaldi, Beethoven, and Mozart, Hope also plays unconventional works. His album Escape to Paradise, for example, is dedicated to Jewish composers who emigrated to the United States and shaped the music of 1930s Hollywood—for Hope an expression of his political convictions. As is the “forgotten music” of composers terrorized by the Nazis, including Erwin Schulhoff, who died in the Wülzburg prison camp in Bavaria, and Hans Krása, whose famous children’s opera Brundibár was performed multiple times during his internment in the Theresienstadt concentration camp. In addition to numerous memorial concerts for the victims of the Holocaust, Hope combats racism in everyday life with his “Tu was!” (Do something!) campaign. In 2017 he was awarded Germany’s Order of Merit, the highest honor for outstanding service to the nation.

Hope now lives in Berlin, fulfilling a long-standing wish to move to the place that his grandparents narrowly escaped under the Nazis. “I always knew that I wanted to return at some point. Berlin is such a diverse and open-minded city, with an infinite number of stories to discover.”

“Before I met my wife I drove a Porsche 911 Targa. I loved it above all else.” Daniel Hope

He lives there with his wife Silvana, a German painter, and their four-year-old son. He has “arrived,” he says, even though he spends more than two hundred days a year on tour. The effects of such a grueling schedule are hardly evident. “Between projects I make sure to spend a great deal of time with my family,” he explains. “My family is my only hobby.”

Sometimes his wife and son join him on tour, such as now, in the USA. In late summer he’ll spend an uninterrupted period of several weeks at home in Berlin, wearing sneakers and polo shirts, as a husband and father who takes his son to the zoo. But family life sometimes requires compromises. “Before I met my wife I drove a Porsche 911 Targa (Type 997). I loved it above all else, and it was incredibly hard for me to give it up,” he says with a sigh. The Targa gave way to a Cayenne, because for him an SUV is “simply the better family car.” But this world star was also taken by the Panamera. Which offers plenty of space to dream, switch off, and listen to music.

The perfect place for a short break. 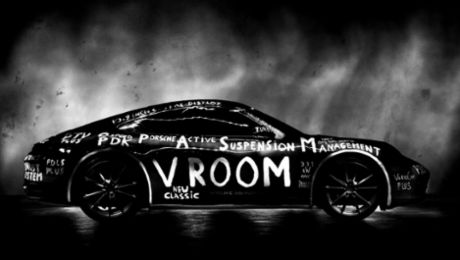 Irene Kung and Anton Corbijn are inspired by the 911

Porsche is working with two renowned artists to celebrate the launch of the new 911. 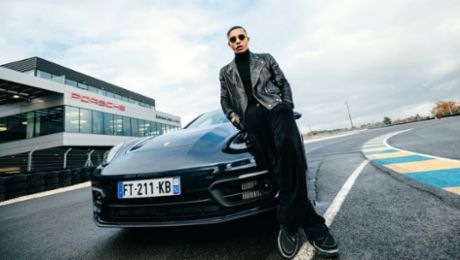