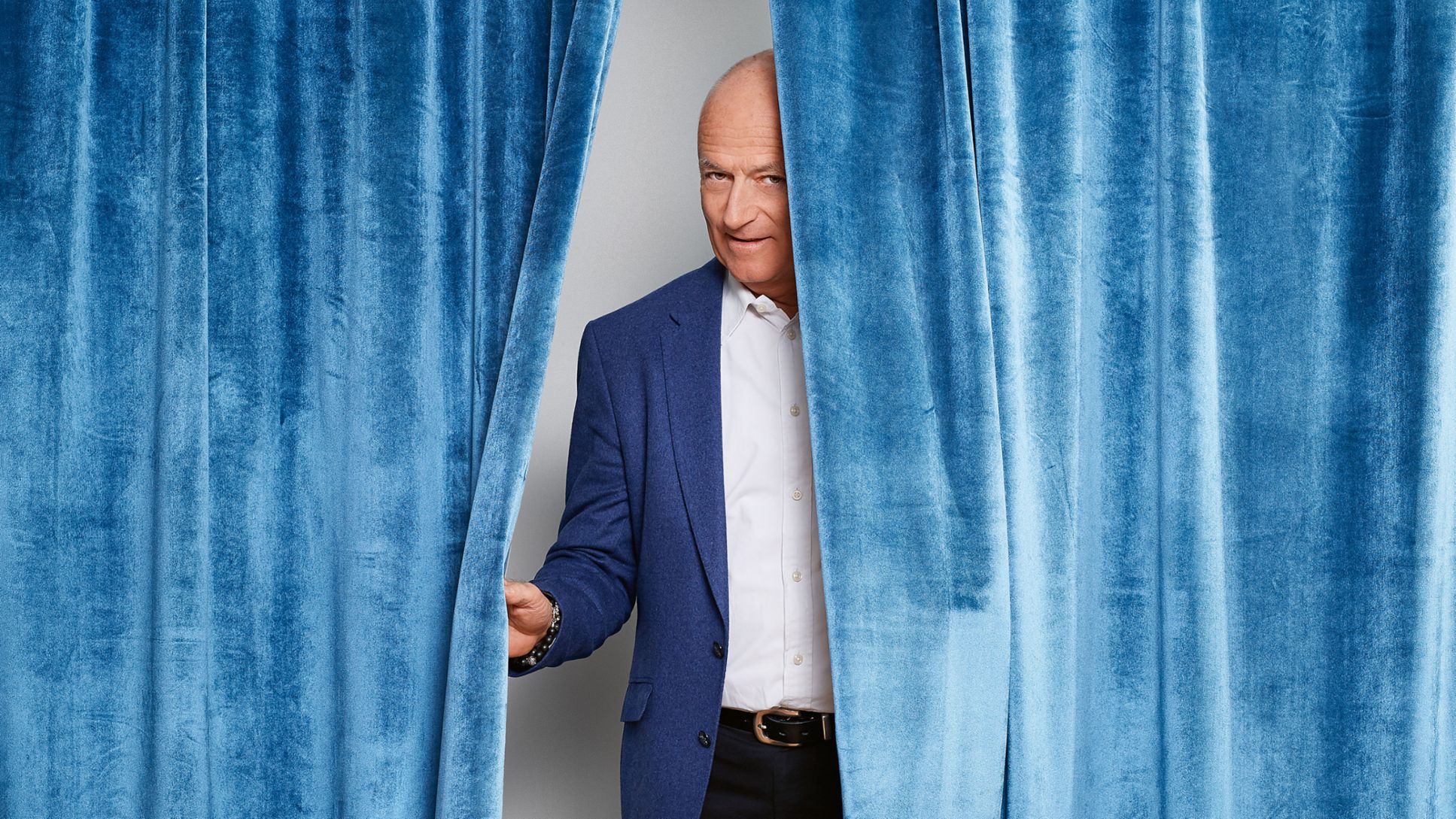 Stars behind the stars

They are vital for the success of the Porsche Tennis Grand Prix: the stars behind the stars, full-time and voluntary helpers put their heart and soul into the tournament. Six members representing the whole team are now portrayed here.

The job as a ball girl may look easy but it actually follows a strict protocol. “Balls have to be quickly removed from the court and you mustn’t get in the way of anyone or mess around,” explains Linn Böning. There are also exact guidelines as to when and how the girls are allowed to roll the balls. A no-go for example is the rolling of balls between the first and second serves. It might disturb the players. When is it time to change ends or for a tie-break? What are the quirks of the various players? How many times does one of them want their towel. All regularly occurring situations the ball girls have to be continually aware of. “We have to think ahead to be able to deal with the various situations,” said the 17-year old high school student. The positions on the court are distributed according to experience and skills. Linn Böning has already done the job on six occasions and was chosen to occupy the coveted positions 2 and 5. “They’re the camera positions,” she lets on, “and they’re obviously highly popular amongst us girls.”

He is the man that the tennis players entrust their most valuable tool. Gunther Strähle is one of the most sought-after stringers in Germany. Amongst other things, he is responsible for the rackets swung by the German Davis Cup and Fed Cup teams. The craft of racket stringing was learnt by the man from nearby Waiblingen in 1980 during his traineeship as a salesman in the sports industry. Five years later, he committed himself full-time to tennis. “I did it at exactly the right moment,” he remembers. Boris Becker had just won Wimbledon, Germany was in tennis fever. Over the years, Strähle’s list of regular customers has got longer and longer, initially thanks to his contact with the former German Davis Cup captain Niki Pilic who introduced him to many world class players. Gunther Strähle today still travels with the tennis circus around the world. He has worked in the Village at the Porsche Tennis Grand Prix for more than 18 years. He knows the player’s preferences inside out. “Whilst most of them prefer freshly strung rackets, Laura Siegemund has hers strung the evening before,” he reveals. And Maria Sharapova has the highest replacement rate on the tour, she has eight to ten rackets strung per match. About 3.5 kilometres of strings are used in a tournament week. To a certain extent, victory or defeat literally lies in Strähle’s hands. For, “There’s praise after wins,” he says. “Then the players come up to me personally to say thanks.”

Nouni grew up in Perpignan, France and soon discovered a love of tennis. As he says himself, he was only a very average player and not good enough to turn professional. “I quickly knew that I’d at best only make it to the French Open as an umpire,” says Nouni with a twinkle in his eye. He therefore swapped the court for the umpire’s chair and quite literally started to climb the career ladder. Aged 15, he umpired matches at his local club, at the age of 16 he became a linesman at the French Open and has been a professional umpire at top ATP and WTA tournaments since 2005. In the meantime, he is the Barry White of Tennis: like the soul singer, the umpire enchants “his” audiences with a deep, seductive voice. Nouni only needs to announce the score and spectators start to go weak in the knees. And tennis fans post their excitement on social media: “Forget Murray, Federer or Nadal. Wimbledon is all about hearing the velvet voice of Kader Nouni,” twittered for example the American Newsweek-reporter Alfred Joyner. He is also highly respected amongst players and officials all over the world – after all he has already umpired many WTA finals and Grand Slam finals. This year is his ninth time at the Porsche Tennis Grand Prix. People wanting to savour a bit of soul atmosphere alongside top class tennis should not miss the appearances of the charming Frenchman.

They are a vital element of the Porsche Tennis Grand Prix: Monika Ziegler and her three colleagues take care of everything off-court to alleviate the players’ small and big worries. If one of the tennis ladies is for example “hangry” – a mixture of angry and hungry – then Ziegler has some sweets and chocolate ready and waiting. She also prepares the players’ bench on the court, coordinates the laundry service and when a shampoo is getting empty, she has the next one lined up. “The only thing is, we don’t lend out anymore is hairdryers,” laughs the players’ attendant, “as too few survived.” Monika Ziegler from Bonlanden on the outskirts of Stuttgart was a part of the tournament when it was played in Filderstadt. At the time she played in the club there. She met legends like Martina Navratilova, Tracy Austin and Steffi Graf every year and formed a friendly relationship. “I often looked after Navratilova’s dog and Steffi Graf’s mother Heidi complained to me that her daughter never went to the disco but always had tennis on her mind,” says the local Swabian. The former bank employee is in retirement but still rolls up her sleeves for the tournament. Then she looks forward to seeing the whole Porsche Tennis Grand Prix team again: “It’s a highlight for all of us. We’re like a family-run business.”

In 1991, Anke Huber celebrated the first of her two tournament wins at the Tennis Grand Prix in Stuttgart. Much has changed since then: the event has moved to the Porsche Arena, the off-court programme of entertainment is far more diverse. Huber has played an active part in the development. She played her last Porsche Tennis Grand Prix in 2001. Career over. However, one year later and she was right back in the thick of things as the Operating Tournament Director. The former pro is the right person for the job as she is trusted and respected by the players. After all, she knows exactly what kind of pressure the players are under at such a tournament. “I’ve got a certain feel for when it’s a good or bad time to approach them,” she says. As the Operating Tournament Director, she is in close contact with the WTA, the players and her team: “A large part today is via e-mail but for me it’s important I go to the tournaments and meet up with the players personally.” She has a friendly relationship with most of them. Whether she’s a little melancholic at the tournament? “No,” says Anke Huber, “my playing career is already way back in the past. But I still love picking up the racket. Unfortunately, I don’t have so much time these days.

The Tournament Director Markus Günthardt moves heaven and earth so that the participants feel at home and can produce their best tennis,. With success: the players recently voted the Porsche Tennis Grand Prix as their favourite tournament on the WTA Tour for the ninth time. The winner’s car, the excellent food as well as the world class field are only a few reasons for the continuing success. Günthardt has been the boss of the Porsche Tennis Grand Prix since 2005, previously the Swiss was a tennis pro himself and played in the Davis Cup for his country. Nowadays he sees himself in the role of the director that coordinates the actors and has the overall picture in mind. It is very obvious that his origins have played a major part in forming the way he works. He approaches everything with Swiss precision: “We build the stage and the players have to do the acting.” The stage is Centre Court. The light show, the music, the enormous video screen – nothing is left to chance there. Markus Günthardt likes to compare the tournament with a mosaic: little stones that form a big work of art when put together. “The excitement has to be contagious,” he says. “The energy that the players can draw upon here stems from the audience and the unparalleled atmosphere that we create.” He particularly likes to look back at the 2014 final when Maria Sharapova beat Ana Ivanovic. “Though Maria triumphed thanks to her strong will, Ana played sensationally and was given a standing ovation at the victory ceremony that lasted minutes on end.”