Music journalist Niko Hüls embarked on a road trip in a Porsche Panamera to discover the roots of the hip-hop scene in Germany. As part of the trip, he met the legends, pioneers and pop stars who have had, and are still having, a formative influence on the urban youth culture. The resulting video documentary “Back to Tape” is now celebrating its world premiere.

Six cities, ten artists, one car and a whole lot of rap. Niko Hüls, Editor-in-Chief of German hip-hop magazine “Backspin”, tells us about his road trip in a multi-part series of guest articles in the Porsche Newsroom entitled “Back to Tape”. Niko has shared a few more of his experiences on Instagram and Twitter under the hashtag #porschexbackspin, as well as on the Backspin TV YouTube channel.

Reflecting on a system of values

Samy Deluxe, Curse, Toni-L, Blumentopf, Duan Wasi, David P., Namika or Moses Pelham – the guests that I met on my trip have been effortlessly filling the hip-hop charts in Germany for the last 20 years. Travelling from Munich to Stuttgart and Heidelberg to Frankfurt, Berlin and Hamburg, I met these artists – and many more – in the places where they grew up, where they became legends, where they played concerts, passed on wisdom to future generations or where they are still recording new albums.

Driving a Porsche Panamera, I embarked on my #porschexbackspin tour, which has been part of my own work-drive balance. The music, the movement and the spirit of hip-hop were always at the centre, as a value system. There was no hustle and bustle of concerts, no dull marketing or hype about the next album, no promo phase, just the time to (re)reflect on what hip-hop means to me as a fan: the four main elements of rap, DJing, breakdancing and graffiti – as well as an open, tolerant outlook.

Hip-hop in Germany – characterised by a pioneering spirit

All my guests are linked by a pioneering spirit – the constant search for the next big thing. They have all shaped German hip-hop in their own way, making it into what it is now: the largest youth culture recognised in society today.

Whether we think of Toni-L and his crew “Advanced Chemistry” from Heidelberg, who brought rap to Germany at the end of the 1980s, or Samy Deluxe from Hamburg, one of the best live MCs in Germany, who is supporting the next generation with his club “DeluxeKidz e.V.”, which also conveys the central values that are rooted deep in hip-hop culture. Namika showed me how hip-hop with intercultural influences can become successful pop music, and I also embarked on a journey through time with Moses Pelham to the place where the Rödelheim Hartreim Projekt was formed in 1993.

The “Back to Tape” documentary – produced by Porsche in collaboration with Backspin Media and Faktor 3 – brings all of these moments together on the road and in the form of a video. The film follows me on my road trip from Munich to Hamburg, from the Glockenbachwerkstatt nightclub in Munich to the Stuttgart “Hall of Fame”, and finally to Rödelheim. “Back to Tape” goes behind the scenes and takes us to places where the beats of the hip-hop scene are pulsing through Germany.

Whether you’re in a jam or cruising along, music can be a crucial factor in striking the right work-drive balance – just like the right vehicle. The pleasure of being behind the wheel can turn a stressful journey to an appointment into a positive experience. The Panamera is both a comfortable saloon and sports car rolled into one – the perfect vehicle for the Porsche hip-hop tour. To create the right work-drive balance, Niko Hüls has also created a playlist that rediscovers the many songs created by the guests on his tour. 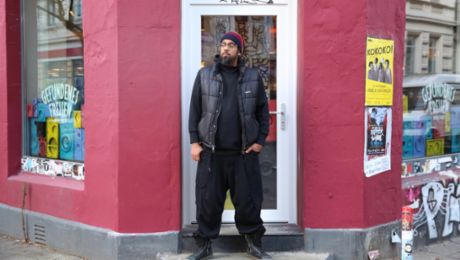 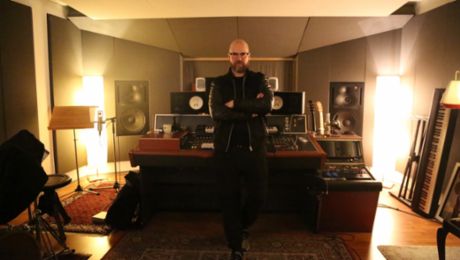