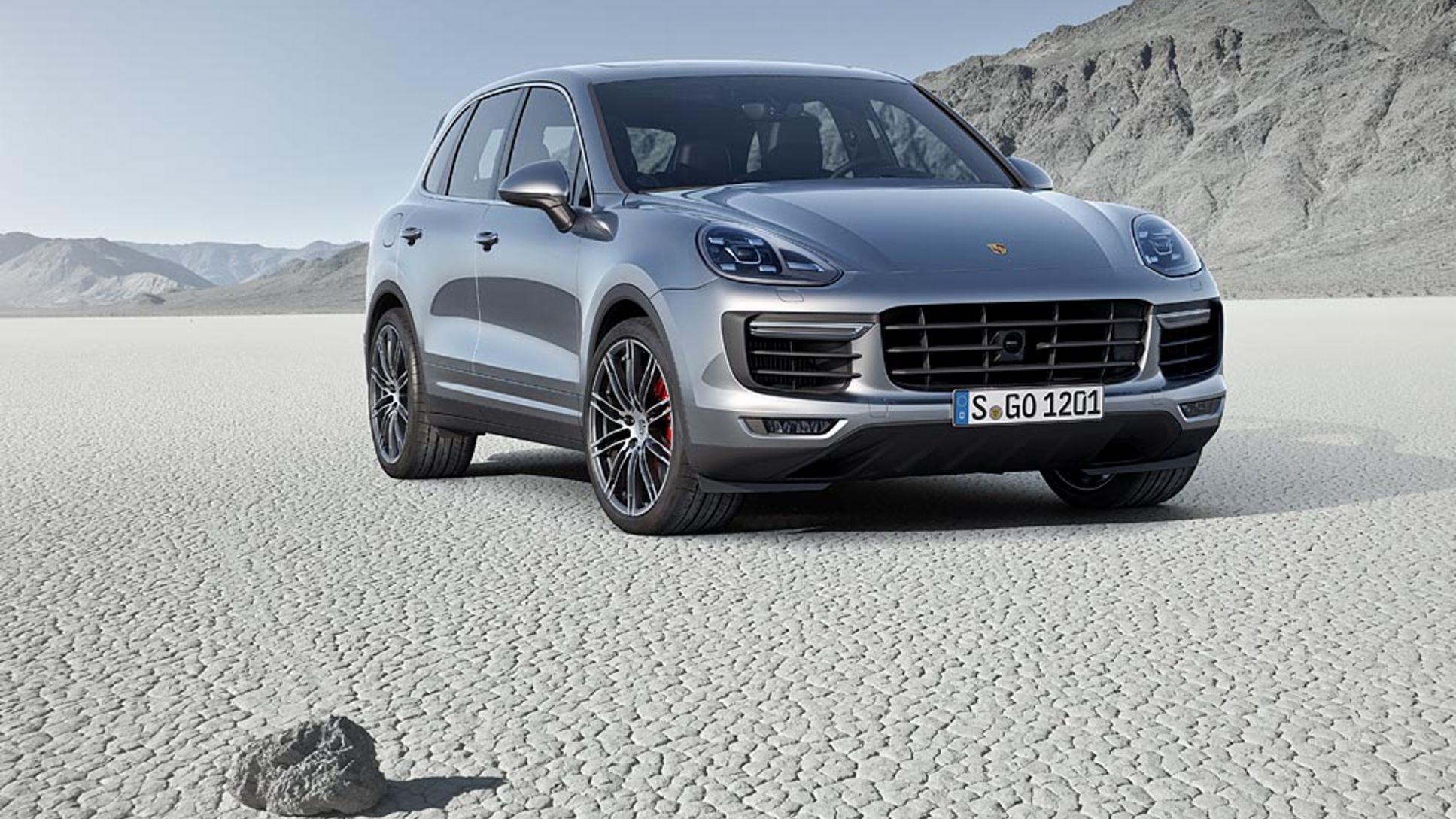 A sharper design, boosted efficiency and extensive set of standard features: Those are the key characteristics of the new Porsche Cayenne.

As a sports car among sport utility vehicles (SUVs), besides offering five seats and extensive high-end features, it primarily offers a lot of room for a lot of driving fun.

The new generation of the Cayenne will launch on the market in five versions: Cayenne S, Cayenne Turbo, Cayenne Diesel, Cayenne S Diesel and – in a world premiere – the Cayenne S E-Hybrid2), which is the first plug-in hybrid in the premium SUV segment. This model, together with the Panamera S E-Hybrid and the 918 Spyder, make Porsche the world's only carmaker to offer three plug-in hybrid models.

The Cayenne is a unique success story at Porsche. The company introduced the first generation in 2002. This vehicle made the idea of a sports car in the SUV segment a reality – and it set standards right from the start. Sales have exceeded all expectations: Over 276,000 first generation vehicles were produced (2002 to 2010), and around 303,000 units of the second generation, which was introduced in 2010, have already been produced so far. So the Cayenne is not only boosting profitable growth at Porsche, it is also creating a solid economic foundation for investments in future generations of sports cars.

In its latest version, Porsche designers have given the Cayenne an even sharper design with precise lines and purposefully placed light refracting edges. Entirely new are the design of the front body, the front wings and the bonnet. Also new are the airblades: These air fins on the right and left of the vehicle's front end efficiently guide cooling air to the intercoolers and also make a strong visual statement.

At first glance, the new Cayenne can be clearly made out as a Porsche by its bi-xenon headlights, which are standard in the base and S models, with "hovering" four-point LED daytime running lights that are typical of Porsche.

All new Cayenne models consume significantly less fuel. The Cayenne S E-Hybrid is the first plug-in hybrid in the premium SUV segment. The technical progress made here is immense compared to the previous Cayenne S Hybrid. The new model has a lithium-ion traction battery with an energy capacity of 10.8 kWh, which enables an all-electric driving range of 18 to 36 km, depending on the style of driving and route topography. The power of the electric motor was more than doubled: from 47 hp (34 kW) to 95 hp (70 kW). The combined fuel consumption is now 3.4 l/100 km (79 g/km CO2).

The new 3.6-litre V6 biturbo engine of the Cayenne S is another example of how downsizing with reduced engine displacement and fewer cylinders does not compromise core values: the engine's NEDC fuel consumption is between 9.8 and 9.5 l/100 km (229-223 g/km CO2), which is one litre less than with the previous V8 engine. The biturbo V6 develops a maximum power of 420 hp (309 kW) at 6,000 rpm – a gain of 20 hp/15 kW. With its standard eight-speed Tiptronic S transmission, the Cayenne S accelerates from zero to 100 km/h in just 5.5 seconds. The vehicle's top speed is now 259 km/h (gain of one km/h).