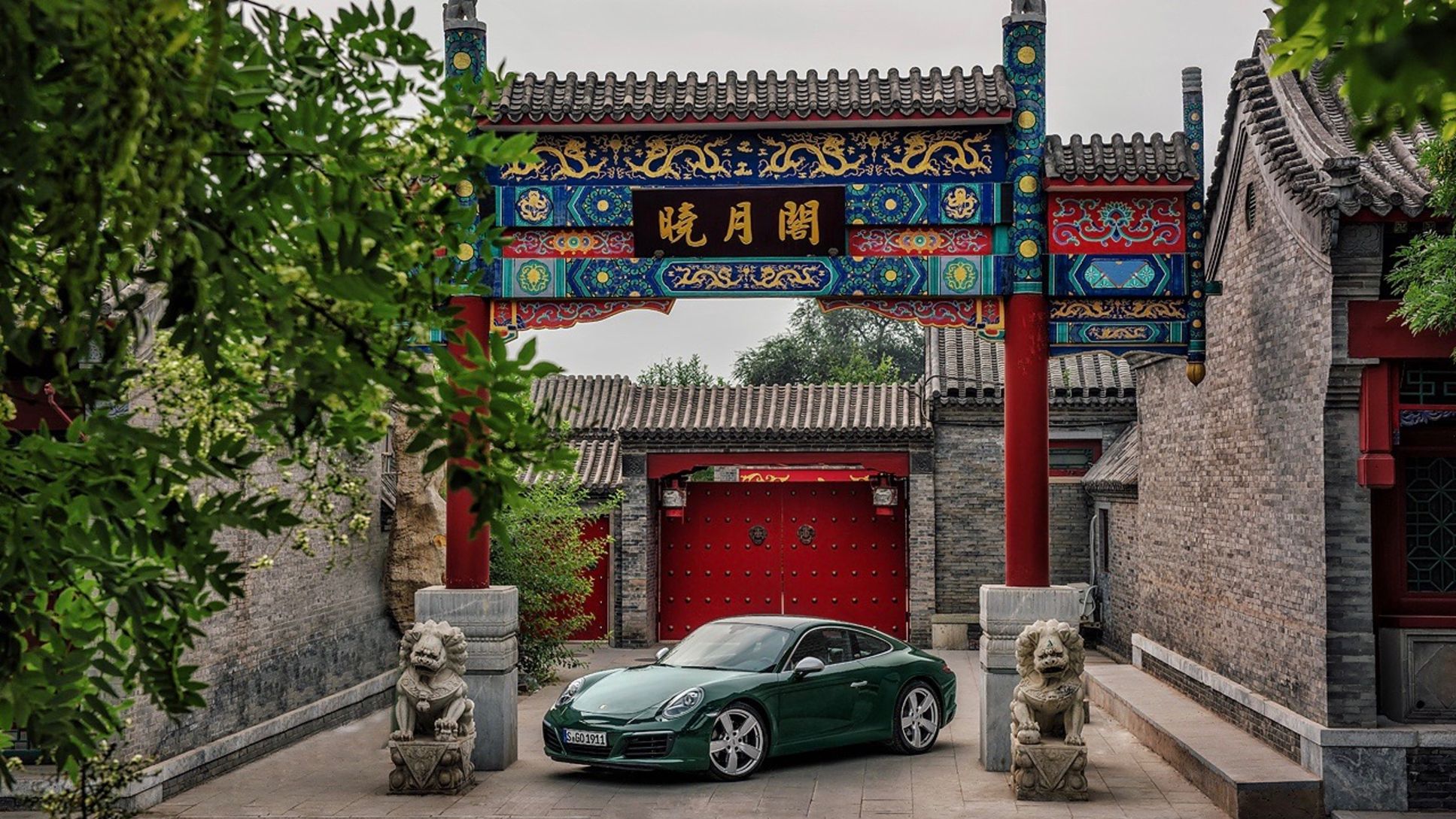 The anniversary 911 has arrived in China – Porsche’s strongest single market – on its world tour undertaken since rolling off the production line in May. Before making its first official appearance in China, this style icon was honoured at several events.

Easily the highlight of the celebrations marking the one-millionth 911 was the Jubilee Celebration Night in Shanghai, where the Irish Green anniversary model was officially presented to the public for the first time. This event in WaiTanyuan Club gave 150 guests – including Porsche enthusiasts, collectors and journalists - the opportunity to experience the special model up close and enjoy the celebrations with like-minded individuals.

The venue was transformed into a working Porsche museum, with several themed rooms exploring Porsche’s numerous achievements leading up to the historic milestone.

David Xiao, Vice President Sales of Porsche China, was honoured to welcome the jubilee modell in China: “Today we are celebrating a jubilee for the incredible one-millionth Porsche 911 milestone, the passion held for all 911 models, the enthusiasm for sports cars and, importantly, the business achievements of Porsche as one of the world’s most successful sports car makers. This is a unique stop for the one-millionth 911 as it tours the world, arriving in China at a time when it is the most important market for Porsche.”

The millionth 911 in China

Prior to the Jubilee several events were held in honour of the legendary sports car, including Porsche’s participation in the Great Wall Classic Car Rally in Beijing, which provided a scenic backdrop for vintage Porsche models to explore the Chinese capital’s outskirts. During the rally, a 911 Carrera Cabriolet (Type 993) and the 911 Carrera Speedster (model year 1988) from the Porsche Museum drove a total of 500 kilometres from Beijing’s Yanqi Island to the villages of Yanqing. The Concours d’Elegance classic car event followed the rally, with Porsche presenting a range of historic models, including a 964 Cup and a 911 Targa 2.0.

At the subsequent Concours d’Elegance classic car event in Beijing, Porsche presented a range of historic models, including a 964 Cup and a 911 Targa 2.0.

The one-millionth Porsche 911 will continues its journey across China on November 17 to 26 at the Guangzhou Auto Show, one of the country’s biggest international automobile exhibitions, before eventually settling in the Porsche Museum in Stuttgart.