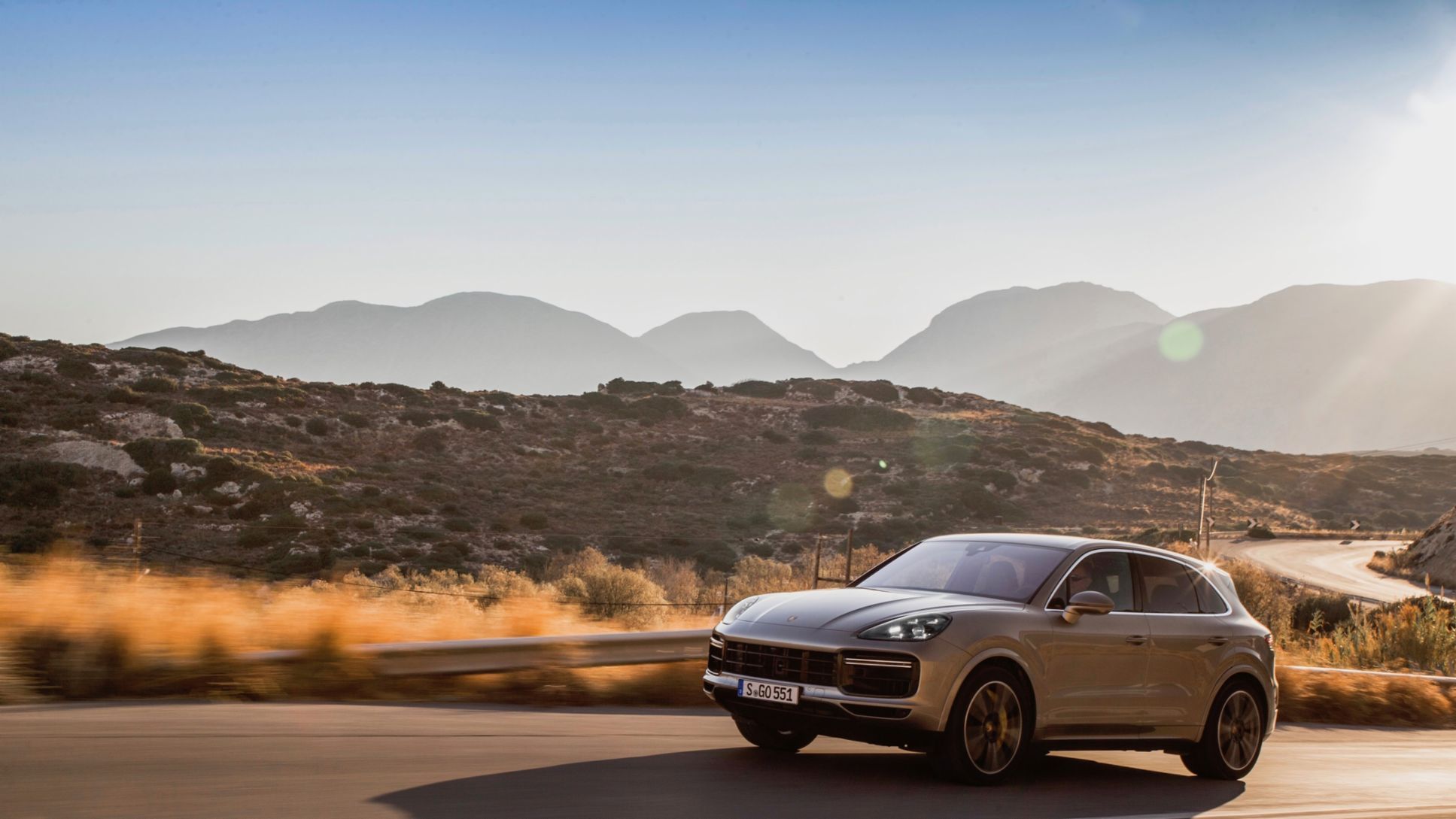 The Cayenne on Crete

A few weeks after the world premiere in Zuffenhausen, a select group of journalists from all over the world had the opportunity to test the fully re-developed third generation of the Cayenne for themselves. Here are the press reviews.

The Porsche Cayenne is the epitome of the Sport Utility Vehicle (SUV). The third generation offers a significantly increased performance range. Completely re-developed, the Cayenne is aligned even closer with the principles of Porsche sports cars, boasting intelligent lightweight construction, high-performance drives, exceptional driving dynamics and smart driver assistance systems, combined with outstanding handling on any terrain, improved comfort and greater suitability for everyday use. The concept has proved to be a bestseller: Since its market launch in 2002, Porsche has delivered over 770,000 Cayenne units.

The international press launch on Crete offered journalists the opportunity to test the basic, S and turbo variants of the new generation. This Greek island was especially well-suited to the event thanks to its mountainous landscape: In addition to winding roads, the island has numerous off-road routes on which to take advantage of the SUV's full potential. Read the press reviews to find out what the representatives from the media thought of the new Cayenne:

“Love it or loathe it, the Porsche Cayenne, and in particular the Turbo, is a key entry in the historical tome of the modern performance car. It was the original Cayenne Turbo of 2003 that dumbfounded all who drove it – re-educated us on what was possible when you applied German engineering thoroughness to the task of making a two-ton SUV go, stop and handle in a manner that would put the frighteners on a contemporary hot hatch.”
evo.co.uk

“Body control through hard cornering is seriously impressive. Go too hard or too fast into a corner and, for the most part, the Turbo remains almost completely flat all the way round, in spite of the Cayenne’s lofty height.”
carmagazine.co.uk

“Not only has the Cayenne reasserted its position as the driver’s choice in the SUV segment with this latest version (albeit with the right options ticked), it’s also more practical and more luxurious – noticeably so, in the latter case – than ever before.”
autocar.co.uk

“It is more capable than it needs to be, both on the road and, somewhat surprisingly, off it. In a crowded premium SUV market, that competence doesn't quite breed contempt within Porsche, but it's now quite content for the Cayenne to become an ever more familiar sight on our roads.”
telegraph.co.uk

“Porsche describes the new Cayenne as its ‘sports car for five’, and corny as it sounds, it’s alarmingly accurate. While the Cayenne has always offered enormous performance, the new car possesses a more attractive and modern interior, significantly improved refinement and even more agility on the road. It’s not a cheap car to buy or run, and won’t be to all tastes, but there’s no denying it’s all-round ability.”
autoexpress.co.uk

“While the S and Turbo, in different ways, lift the averages for greatness amongst large, luxo-dipped, performance SUVs, new Cayenne remains evolution rather than revolution. But like its stablemate sportscars, the progress gained is an ever-increasingly high watermark.”
caradvice.com.au