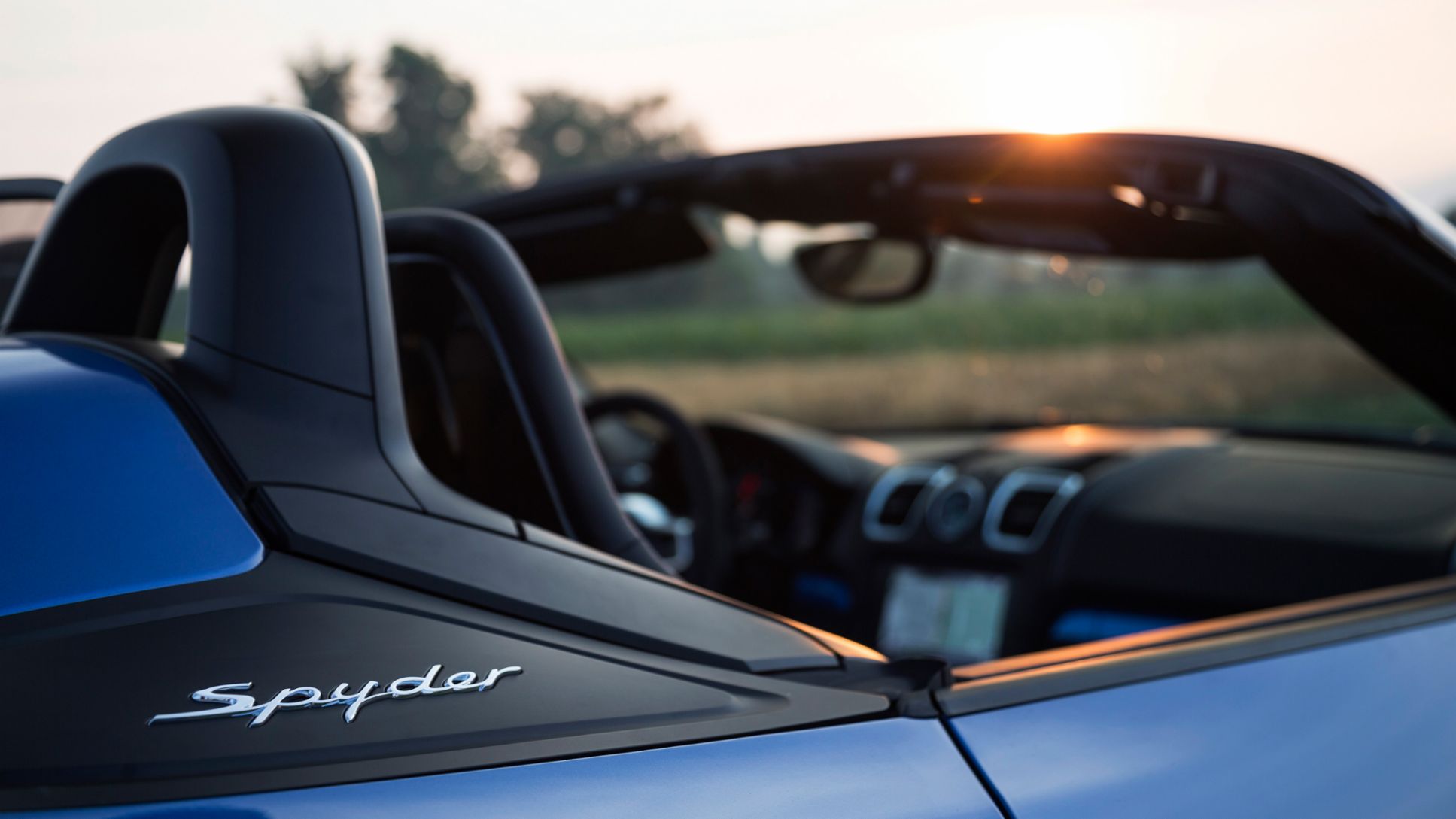 The Boxster Spyder combines the design of historic sports and racing cars like the 718 RS 60 with cutting-edge technology. That sounds good, but how does it fare on the road? Journalists put it through its paces in Tuscany.

In 1953 Porsche celebrated the premiere of the 550 Spyder in Paris. The idea of the purist mid-engine roadster was born. It is now being taken up again in the Boxster Spyder. Features shared both then and now: authenticity, high agility and a weight that is as low as possible. To achieve this it dispenses with luxury – and the classic fabric soft top is operated manually.

You will find out more about the soft top and what else characterises the Boxster Spyder in this video:

An exceptional sports car for sheer driving pleasure and adrenalin – that's what the Porsche experts promise in the film. But what do the journalists say who test drove the roadster?

Here are the answers:

“Jump in, marvel at the essential rightness of everything from the weighting of the pedals to the anatomy of the seats, start the engine and prod your way almost immediately into Sport Plus (for more slip-angle freedom, rev-matched downshifts and increased exhaust volume). What follows is an enthralling, wholly immersive driving experience that takes the Boxster’s fundamental brilliance and glosses it with yet more layers of dynamic excellence and joy.“ Carmagazine.co.uk

“No word on the production run this time out, but when everyone's tooling about in automonous EVs in 30 years' time, and downloading information directly to their cerebrum, this'll remain a reminder of what a world class driver's car really feels like.“ Topgear.com

“That's emotion as in, more noise, more purity, more drama, more involvement. The beefed up engine may play almost the same tune as the lesser GTS unit, but because of the unpadded single-layer hoodie it is much louder, rawer and more intense from a driver’s perspective.“ Automobilemag.com

“The ride, inevitably a little pinched around town, settles where it is permitted into a wonderfully controlled ebb and flow, seamlessly connected to the road, yet resistant to anything that might unsettle its stellar body control.“ Autocar.co.uk

“Once again Porsche has managed to identify and fill yet another a niche in the market that no one previously thought existed. Apart from its poor over the shoulder visibility with the hood up, the Spyder is hard to find fault with. And very, very easy to like. Clever car, is the Boxster Spyder, from an increasingly clever car company.“ autoexpress.co.uk

Nine-eleven under pressure: the new 911 generation

The prototypes are revving up their engines again, to complete the final testing programme around the globe.