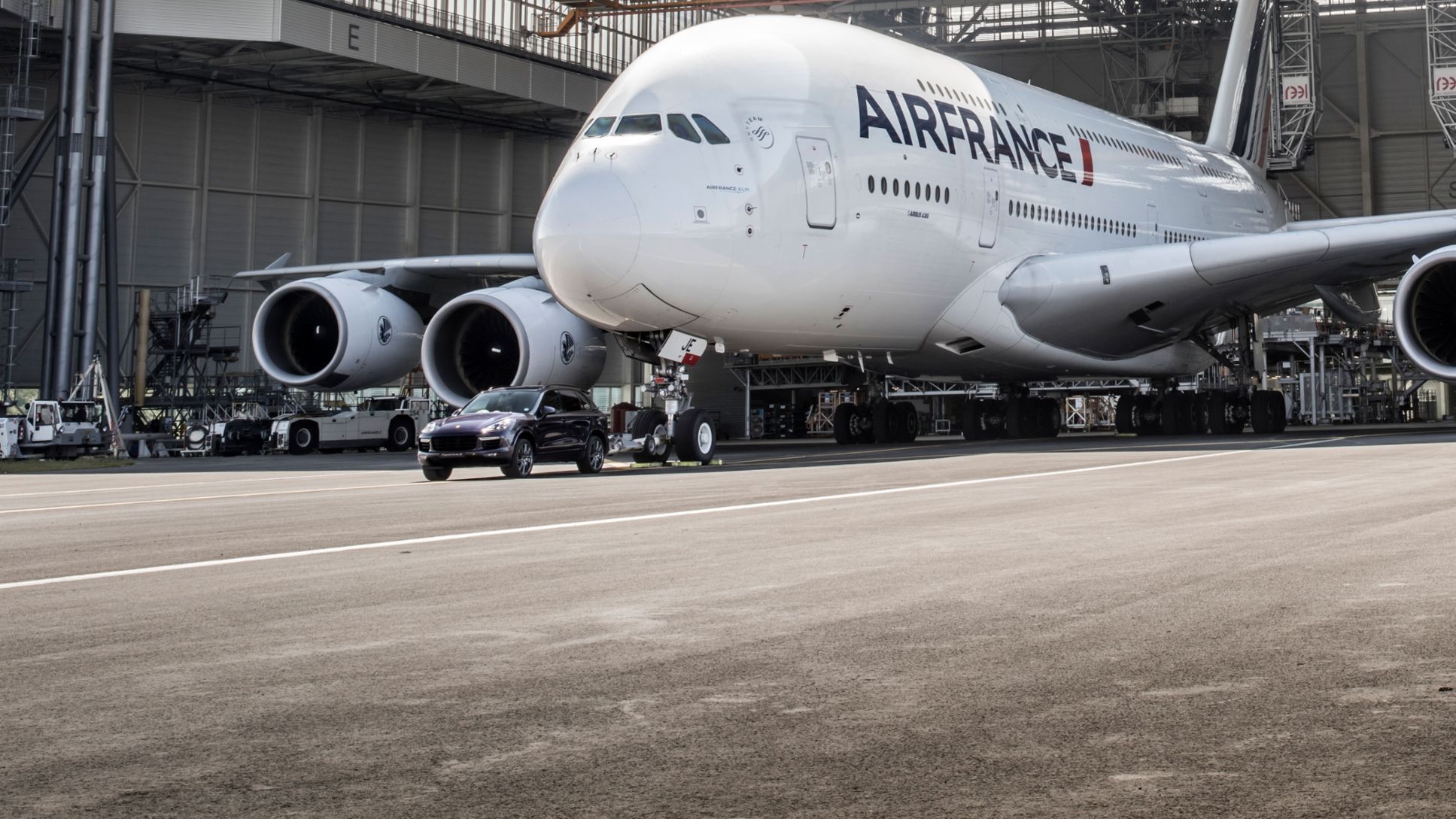 The Cayenne, driven by Porsche GB technician Richard Payne, towed the aircraft over a distance of 42-metres at Paris Charles de Gaulle Airport, to set a new Guinness World Records title for Heaviest aircraft pull by a production car, by a margin of 115-tonnes.

Air France devoted its state-of-the-art engineering hangar and one of its fleet of 10 A380 aircraft to the project. The 60,000 square metre hangar, which is large enough to house over 3,000 examples of the Cayenne (or one very big aircraft), was designed specifically to house the Air France Airbus A380 and is usually home to all the engineering and maintenance activity for the Air France fleet. The contrast between the two machines was striking. The Porsche Cayenne (measuring 4.8-metres in length) was connected to the most sophisticated and largest passenger aircraft in the world, the Airbus A380 (73-metres) via a special towing attachment that sat on the Cayenne’s standard tow bar.

Payne: “Our cars can go a bit beyond what our customers might expect”

Richard Payne, a technician at Porsche GB: “It did it – I’m so relieved! We don’t usually go this far to test the limits of our cars but I think today we got pretty close. I could tell that it was working hard but the Cayenne didn’t complain and just got on with it. My mirrors were quite full of Airbus, which was interesting. Our cars can go a bit beyond what our customers might expect – they’re designed to be tough. But even so, what the Cayenne did today was remarkable – we drove the car here from London – and I plan to drive it home again, having towed an A380 in between. Credit should go to the team in Stuttgart who developed the car – they did a thorough job. I’m also very grateful to Air France and its engineers for their generosity in allowing me to tow their beautiful aircraft.”

Mortreux: “It was fun and exciting to watch the two machines together”

Gery Mortreux, Executive Vice President Air France Industries: “Like Porsche, Air France Industries KLM Engineering & Maintenance thrive on excellence and pushing engineering boundaries. It was an honour to host Porsche at our hangar at Charles de Gaulle, which is usually home to our engineers working on our fleet of 10 Airbus A380 – one of the most sophisticated aircraft in the world. This achievement is a new illustration of the way AFI KLM E&M is able to adapt to specific requirements, and the passion we put on every challenge we take. It was fun and exciting to watch the two machines together – our engineers were intrigued and impressed. Congratulations to Porsche on a remarkable achievement.”

Pravin Patel, Adjudicator, Guinness World Records: “I’ve verified some amazing record attempts during my time as a Guinness World Records adjudicator – watching a Porsche Cayenne tow one of the largest aircraft in the world definitely ranks as among the most spectacular. My congratulations go out to all those involved in achieving this remarkable feat.”

In accordance with the rules applied by Guinness World Records, the test was overseen by independent engineers from UTAC CERAM. After the record was set, performance testing and scrutiny of every major component and electronic system on the vehicle was carried out in order to provide certification that the car was to production standard. 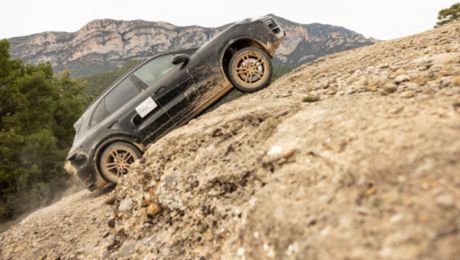