How will the 718 Boxster be presented to the media?

The latest models from Porsche are tested by press representatives in exclusive driving events. Plans for this begin many months in advance. A look behind the scenes.

The new 718 Boxster meanders down picturesque roads with lots of bends, camera teams film the new model from all angles, and journalists critically test the power of the new four-cylinder engine – these were the scenes that could be observed at the international press launch of the mid-engine sports car.

But several months pass until these images can be created. Months during which our colleagues in Product Communications check out various locations, test the routes and discuss agenda items. "At the beginning, the question asked is always this: What environment do we need to present the vehicle's properties in the best possible way?" explains press spokesperson Elena Storm.

For the 718 Boxster – an agile roadster with a mid-engine concept – this means beautiful routes, roads with lots of bends and, if possible, good weather for a cabriolet. The choice was made for Lisbon and the surrounding area. As a special highlight, the company rented a decommissioned military airport in the region. On its very long and wide take-off and landing strip, journalists would have an opportunity to test the car to its performance limits on a handling course under controlled conditions.

"Because along with its everyday utility, which is demonstrated on the drive along beautiful country roads, for instance, we naturally want to also showcase the dynamism of the 718 Boxster", says Storm. In this effort, the press department gets assistance from a special guest: Walter Röhrl. The two-time rally world champion offers to take passengers out for a drive and explains the positive traits of the new 718 Boxster to the media representatives throughout his entire driving routine, as this video shows.

In theory, the journalists have already gained a familiarity with the vehicle at a press conference in the hangar that has been specially prepared for this purpose at the military airport. Our colleagues in exhibit setup travelled to the site ten days in advance. In a very short timeframe, they construct a stage, lay cable, light the hall and give it the right sound and atmosphere.

Along with employees of the press department, experts who work on the model line present it in detail. What visual changes were made compared with the previous model? How well does the new four-cylinder flat engine perform? What is behind its rightsizing approach, which reduces displacement while boosting the efficiency and power of the engines? People at the event included Jan Roth, head of the model line. The professionals also made themselves available to journalists after the press conference.

And there were far more than a few. Around 230 media representatives from all markets came to Portugal over a time period of two weeks. "Each group consists of around 30 participants, and they are generally on site for one or two days," says Storm. Then the next group follows. The representatives differ by nationality as well as media type, that is: print, television and online media.

It is an enormous logistical effort to capture the best possible images of the new vehicle for all of the journalists. Along with our colleagues of the press department, more than 50 specialists are working on-site to ensure that the event is a success.

Hostesses handle the daily vehicle assignments, fleet managers polish the cars to a high gloss every evening, sound and light technicians ensure that the press conferences run smoothly, instructors explain the driving manoeuvres on the military airport tarmac, interpreters translate into the different languages and film and photo teams provide journalists with images – all of which is coordinated by the press event department.

And the vehicles? They come from pilot production or the series production ramp-up. Vehicle requirements must be reserved around one and one-half years prior to the event, long before the actual public world premiere. Between ten and 20 units are used at events such as this one. They are delivered by truck, ship or airplane. Afterwards, GO takes a majority of them for its pool of press vehicles which are lent out to media representatives for test drives in Zuffenhausen.

The enthusiasm shown by the journalists shows that the effort is worthwhile. The Porsche Newsroom has compiled a selection of press comments for you.

“The new Boxster is a lot of fun to drive and it is the sportiest convertible in this segment. The new engine and updates have been executed very well and the design has really matured over the last 20 years.“
gtspirit.com

“Let’s face it, swapping the sonorous flat-sixes for a pair of turbo’d flat-fours was never going to improve the soundtrack of one of the most sweet-handling models you can buy, no matter the price tag. But with the adoption of the new engines, the new 718 Boxster can now claim not only to be really cleaner on terms of emissions but also way faster.”
carscoops.com

”The good news for Porsche is, unlike 20-something years ago, the roadster — which accounted for approximately just 13 percent of the company’s U.S. sales in 2015 — is no longer the key to its survival. Its spirit, however, remains important to Stuttgart’s soul, which explains the angst over this new generation’s approach. It might not be loved universally, at least not immediately, but yes, sir, it’s still a Boxster, and that’s no bad thing.”
automobilemag.com

”The new 718 Boxster and Boxster S aren't just worthy of the Porsche badge, I'd venture as far as to say these are the best Boxsters yet [...]. After a 10-hour, top-down stint in the Boxster S, wringing out the boxer engine to redline over and over again, braving a Portugese traffic jam, doing runway pulls, covering nearly 300 miles of remote backroads, and frankly, burning as much of Porsche's complimentary premium fuel as possible, I wasn't beat up at all. The 718 Boxster S simply does everything right.”
roadandtrack.com 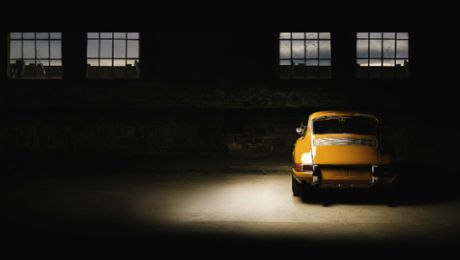