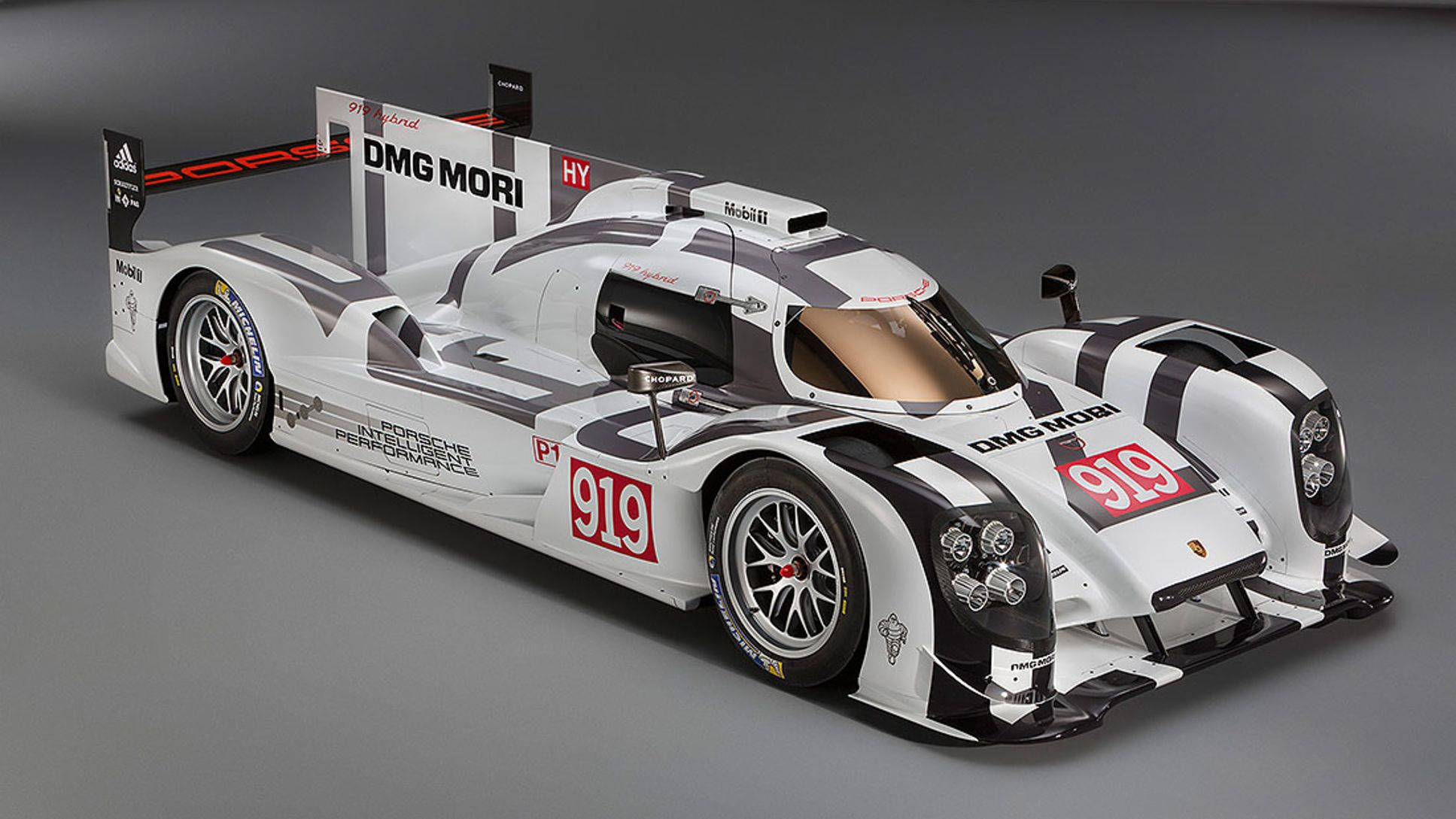 According to Matthias Müller, Chairman of the Executive Board, the fastest research laboratory in the company is the 919 Hybrid. It is also Porsche's answer to the new WEC rules. An overview.

The newly formulated regulations for the top class of this World Championship has completely changed in focus. From now on, the sporty performance of the LMP1-H prototypes will be rated in direct relationship to their energy efficiency. While the allowable fuel quantity per lap was reduced by around 30 per cent compared to the prior year, the amount of energy of the obligatory hybrid systems that can be used in the race was dramatically increased. This shifts technologies into the limelight that are most significant for future production vehicles. From the perspective of Porsche, that is a decisive argument for a return to the top league of sports car racing.

Porsche engineers are taking on the challenges of the WEC regulations with innovative solutions and all the creativity they can muster. The development of the Porsche 919 Hybrid began in mid-2011 – literally on a blank sheet of paper. As newcomers, the developers had to do without the greater experience that their competitors in the LMP1 category enjoyed. However, they were able to access the know-how that Porsche had acquired in its racing success with the 911 GT3 R Hybrid and the 918 Spyder super sports car, which is also hybrid-driven.

Overview of the rules – and how Porsche development engineers reacted to them.

The exceptional efficiency of the highly complex technology of the Porsche 919 Hybrid is the result of a carefully balanced overall concept. From the combustion engine to the energy recovery systems, chassis and running gear, aerodynamics and driver ergonomics, the sum of all individual components forms an exceptionally effective unit. It all serves one goal: a maximum of sporty performance within tight fuel economy constraints. In choosing a hybridised drive concept, the newly formulated WEC regulations gave Porsche developers great freedom. The drive system of the new LMP1 race car is based on a four-cylinder petrol engine that is as compact as it is lightweight. It performs load-bearing functions within the chassis based on its V-construction, which also offers thermodynamic advantages. The petrol engine, which reaches a maximum engine speed of around 9,000 rpm, is a frontrunner in terms of its downsizing philosophy with its 2.0 litres of displacement, direct injection and monoturbo charging.

It also features two different energy recovery systems. Fundamentally new and especially innovative is the recovery of thermal energy from exhaust gases. An electric generator is used here, which is powered by the exhaust gas stream. The functionality of the second hybrid system is known from the Porsche 918 Spyder. Here, a generator on the front axle utilises braking phases to convert kinetic energy into electric energy. It is also stored in highly-advanced water-cooled lithium-ion battery packs until the driver needs the extra energy. Then the front generator is operated as a single electric motor and drives the two front wheels via a differential in the acceleration phases. This gives the Porsche 919 Hybrid a temporary all-wheel drive system, because the petrol engine directs its power to the rear wheels in a conventional way.

Intelligent management of this additional available energy assumes a special role here. Of course, the strategic focus of the racing engineers is always on the most efficient use of available power. This means an optimal lap time. The driver can choose from several automated drive modes that have an effect on vehicle dynamics as a function of the traffic situation course layout and weather conditions. At this point, the developers made use of knowledge gained by Porsche with the 911 GT3 R Hybrid, including at the 24-hour race on the Nürburgring.

The allowable petrol fuel consumption depends directly on the amount of electrical energy that the driver can call up per lap in what is known as the Boost function. Race rules distinguish between four levels ranging from 2 to 8 megajoules (MJ). Porsche is developing the 919 Hybrid for the “Premiere class” with an energy recover capacity of 8 MJ. This requires the use of high-performance energy recover and storage systems, which need to be sized larger and heavier. A flow meter device also limits the amount of fuel flow. Example of Le Mans: Here, the turbocharged petrol engine, which is driven at full load for 75 per cent of the 13.65 kilometre lap, only has 4.64 litres of fuel available. In the 2-MJ class, the figure is 5.04 litres.

In motorsport and in the production models, Porsche has always devoted a lot of attention to the theme of lightweight design. This continues to be the case with the Porsche 919 Hybrid. Despite the addition of many new technical systems, race regulations have reduced the specified minimum vehicle weight by 30 kg to 870 kg compared to the prior year. This is definitely an ambitious requirement. The specialists at Porsche are approaching this tar get value by intensive optimisation of even the smallest of details. As is done for the pro duction sports cars of the traditional brand, the following applies to the 919 Hybrid as well – and very undogmatically: the right material is always used in the right place for the intended purpose.

As in Formula-1 racing, the chassis of the new Porsche 919 Hybrid consists of a carbon fibre monocoque with a sandwich construction. It combines low weight with a very high degree of torsional rigidity and safety. As a result, it offers a foundation for precise wheel positioning by multi-link wheel suspensions – an important prerequisite to exploit optimally under all conditions the full potential of race tyres from development partner Michelin that are just 14 inches wide (previously 16 inches). According to the race regulations, the Porsche 919 Hybrid must not exceed a length of 4,650 mm and a height of 1,050 mm, and vehicle width must be between 1,800 and 1,900 mm. The car's aerodynamics have been fine-tuned in over 2,000 hours of wind tunnel testing since February 2012. Aerodynamics make an important contribution to the overall efficiency of the race car and reduce air drag while supplying the increased cooling air needed for the hybrid drive and the downforces needed for high speeds in bends. The aerodynamic design of the Porsche 919 Hybrid can be modified for different course characteristics.

Driver ergonomics play a crucial role, especially in endurance races like the 24 Hours of Le Mans. The motorsport experts therefore devoted a lot of attention to the layout of the cockpit. The drivers have a good view of race events thanks to their somewhat higher seat position in the chassis compared to the previous LMP1 rules. In night-time hours, LED four-point headlights that were specially designed for Porsche provide for clear visual conditions. Their distinctive form was created in cooperation with Style Porsche, the design studio for production models. Here too, this modern lighting technology will benefit all Porsche customers in the future.