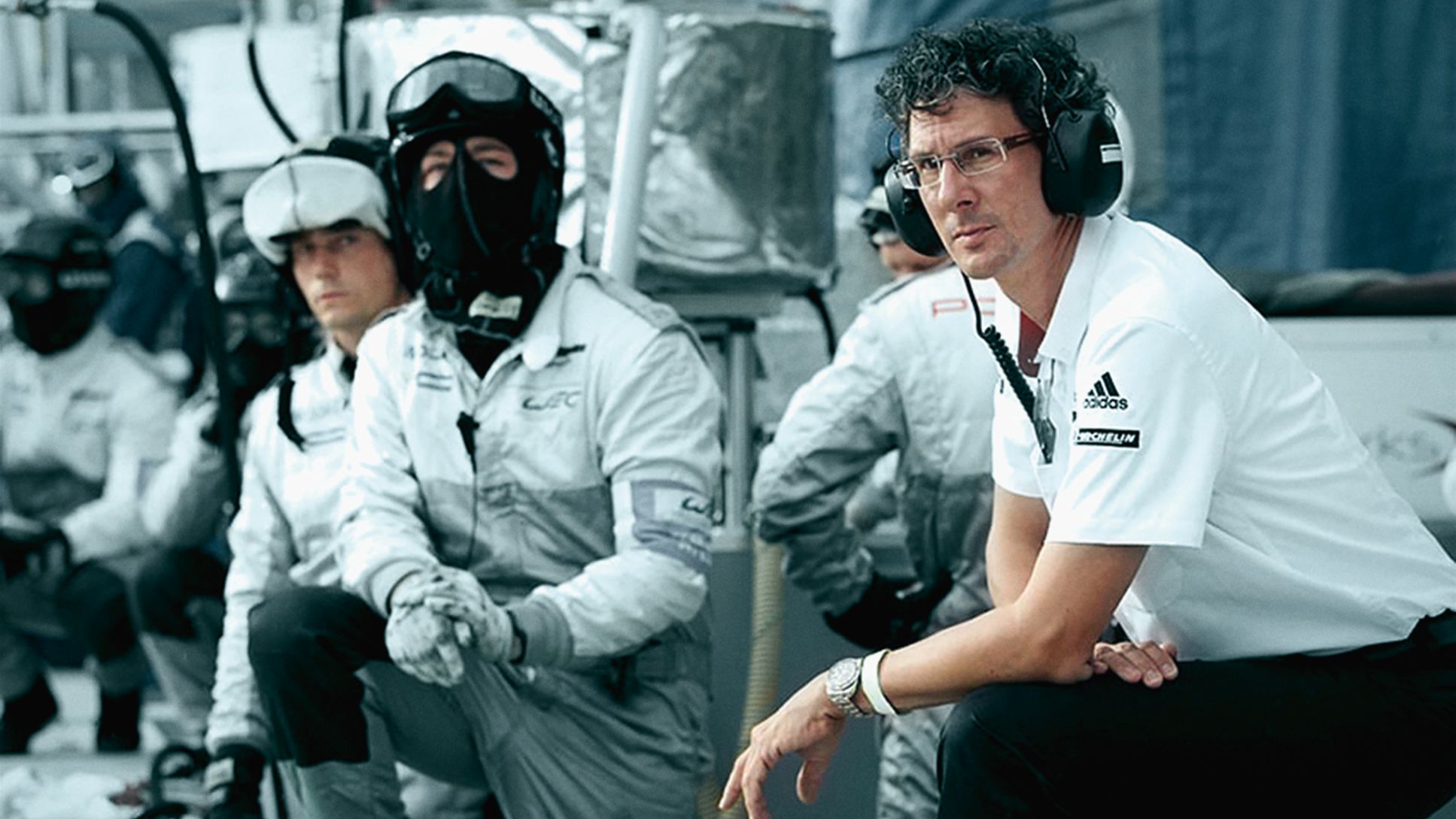 With Head and Heart

Dr. Frank-Steffen Walliser has been head of motorsport at Porsche since October 2014. Motor racing is in his blood—and so too is series production.

Even his cufflinks mark Dr. Frank-Steffen Walliser as a man at home in different worlds. They are small silver sports-car silhouettes, easily recognizable as the Type 918 Spyder. The Porsche, in other words, that bears the genes of two worlds—the world of motor racing and the world of series production. And it’s no different with the wearer of the cufflinks, as he readily acknowledges with a grin: “I have a left and a right heart chamber—one of them beats for racing, and the other for the series.” Together, that’s a lot of heart for Porsche. It’s an indispensable quality for someone who took over at the helm of Motorsport at Porsche AG last October and has since been responsible for Porsche’s global activities in GT racing and GT production sports cars.

Frank-Steffen Walliser has always been a traveler between the two worlds. On April 1, he’ll have been with Porsche for twenty years: in 1995 he joined the Weissach Development Center as a student of mechanical engineering. His focus was combustion engines, in combination with the field of technology management. In 2003, knowledge and passion culminated in a leadership position as the head of motorsport strategy at Porsche. The RS Spyder which he helped to develop brought home three driver’s titles and one team title in the American Le Mans Series.

“The key is to establish a technical-organizational ability to win.”

With that head of steam behind him, he returned to series production. As the overall project manager, Walliser, now 45, brought the groundbreaking 918 Spyder super sports car to production maturity—and a record lap on the Nürburgring. “Series development is about complex technical processes. But even there high speed and concentration are essential, so the requirements really aren’t all that different after all,” says Walliser of his internal technology transfer. The biggest difference is the highly emotional component that comes into the mix in the motor­sport arena, even when the head of motor­sport might express his task more austerely: “The key is to establish a technical-organizational ability to win.”

In his new role, Walliser functions as a manager, technician, and tactician in one. Now, unlike his time with the RS Spyder, Walliser is responsible not only for the factory team, but for all Porsche customers. He met the major motorsport community at his very first appearance; the weekend in Austin, Texas, saw the biggest Porsche factory contingent in history: “That was an absolute overdose, but a beneficial one.” Analysis always comes before excitement. “I have to be able to read the race development and then draw the right conclusions,” he says of the new challenges. They may be split-second decisions on the track, but they’re based on meticulous preparation.

GT racing is Porsche’s homeland, but the respective race series, such as the FIA World Endurance Championship (WEC) and the Tudor United SportsCar Championship (IMSA), are hotly contested terrain for a variety of manufacturers. “In series production you have competitors too, but seldom in such a direct way. Motor racing means delivering performance on the spot,” says Walliser of his new and former field of activity. His appreciation for the challenge is clear to see, palpable.

And then there is the business side of his work, for the racing department at the Weissach Development Center also turns out Porsche’s GT versions for the road, such as the Cayman GT4. This side includes all of the conventional areas of a carmaker’s business, from development to production and sales to after-sales, with a volume of some three thousand vehicles a year. “So I still have one foot in the series production business,” says Walliser.

The task of following in the footsteps of Hartmut Kristen, who after ten years in the position will now become adviser to the board member for development, seems tailor-made for Walliser. “Leading both motorsport and series production at the same time has a very special appeal. A job like mine doesn’t exist anywhere else in the world.” Over the winter, he has restructured his department. Walliser believes in team play, and the coach of 280 employees describes the goal for his team in fluent racing slang: “Get the thing flying!” Motor racing is changing; energy and efficiency will play an ever larger role in the future. Porsche is one of the leading lights in this field, already pioneering five years ago with the 911 GT3 R Hybrid. In the future, too, it will be crucial to continue recognizing such trends and leading them to successful results through appropriate placement in the right performance class. That requires technical and tactical acumen, in equal measure.

As a child, Frank-Steffen Walliser never wanted to be a race-car driver. “For me, the cars in my head are fast,” he says, and it’s still true today. He does concede with a wink, however, the order in which he learned to say his first words: “car,” and after that “mommy” and “daddy.” At the age of sixteen, his professional aspiration to do “something with cars” started to take shape. Back then, working for Porsche was as distant a dream as one day working in motor racing.

Today, suddenly, everything is very close, and he’s in the thick of it. The emotions that play such a special role in motor racing represent no contradiction for the Doctor of Engi­neering. “A car, let alone a Porsche, is always an emotional thing,” Walliser says. “We all love technology that’s exciting and fun.” Are racers special people? “No one chooses a profession with these risks and strains by accident; it’s a conscious decision,” he says. He’s equally clear about what fascinates him about the sport: “We live in a world in which there are ever more gray areas. But on the track, everything is black and white. After the checkered flag, I always have a clear result. There are no excuses.”