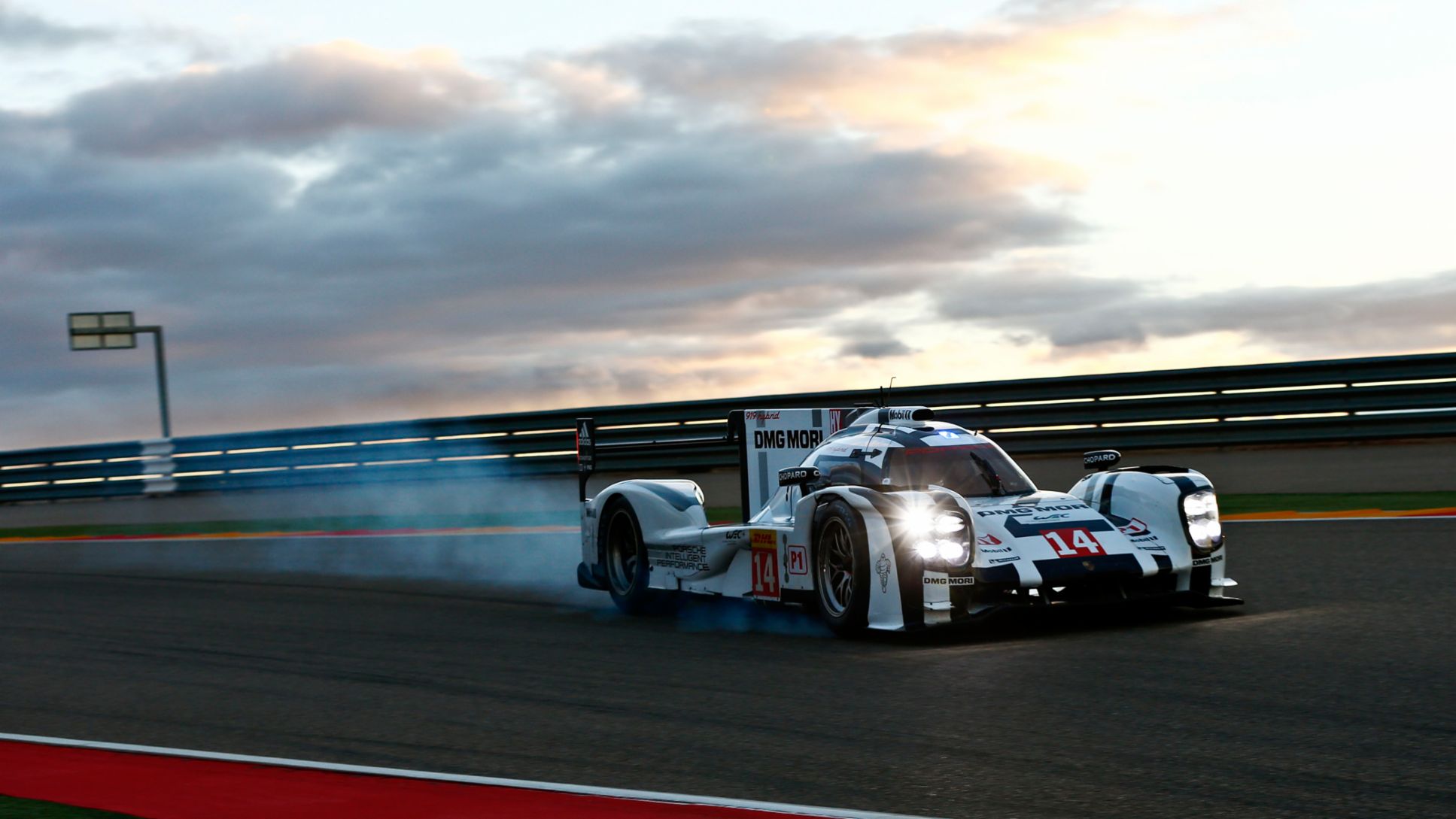 Porsche racing shifts up a gear

Porsche has made a clear commitment to factory and customer racing at the Night of Champions motorsport gala.

“We will be keeping the throttle down, and even shift up a gear! Motorsport is deeply rooted in the Porsche marque and for us it is more than an end in itself. On race tracks around the world, we test and develop technologies that are relevant for our sports car customers on the street,” emphasised Wolfgang Hatz, Board Member for Research and Development, in his speech. “Motorsport is the soul and principle of this company. The best and most innovative technologies in our road-going sports cars come directly from motorsport,” added Porsche CEO Matthias Müller.

Again in 2015, Porsche will contest the Sports Car World Endurance Championship WEC with two 919 Hybrids. A third vehicle will tackle the Le Mans 24 Hours, with Formula 1 star Nico Hülkenberg (27) named as one of the pilots. The 2015-spec 919 Hybrid will be a distinct evolution of the 2014 model. The winning vehicle of the season finale in Sao Paulo was optimised in almost every detail and in 2015 should be even better adaptable to the different characteristics of the race circuits.

The first roll-out of the second generation of Porsche’s Le Mans Prototype took place on the company’s test track in Weissach. Porsche works driver Marc Lieb was at the wheel of the 2015 Porsche 919 Hybrid. Thereby the Porsche team could end the motorsport season 2014 with the successful debut in the WEC as scheduled.

The roll-out of a new race car is a milestone

Alexander Hitzinger, Technical Director LMP1, said: “The roll-out of a new race car is always a milestone, and anticipated with great excitement by everyone involved. It was our target to get the Porsche 919 Hybrid for the 2015 season on its wheels before Christmas, and now we have achieved this.” The first meaningful test with the new race car, which has been significantly developed compared to its 2014 predecessor, is scheduled to take place from January 18 to 22 in Abu Dhabi.

In addition to the company’s commitment to LMP1, Porsche also campaigns two 911 RSR in the world championship. According to current plans, the Porsche works drivers Michael Christensen (24) and Richard Lietz (30) as well as Patrick Pilet (33) and Frédéric Makowiecki (34) will share the two cockpits. “However, the definitive driver combinations depend on who will rise from the ranks of the current GT pilots to take a seat in our third LMP1 racer,” said Hatz.

New Zealander Earl Bamber (24) will bolster Porsche Motorsport’s GT squad this coming season and pilot a 911 RSR in the Tudor United Sportscar Championship. Winning the Porsche Motorsport International Cup Scholarship as the greatest talent from the international brand trophy series, Bamber was supported during the 2014 season with funding of 200,000 Euro. In the 2014 Porsche Carrera Cup Asia, the New Zealander commandingly defended his title from the previous year. At the season finale of the Tudor United Sportscar Championship he stood in for the injured works driver Richard Lietz and gained his first racing experience at the wheel of the 911 RSR.

Heading into its second season, Porsche again takes up the challenge in the USA’s most important sports car championship with a factory entry. Team Porsche North America fields a pair of 911 RSR. At the season-opening 24 Hours of Daytona, Earl Bamber will join forces with the seasoned specialists Frédéric Makowiecki and Jörg Bergmeister (38). Nick Tandy (30), Patrick Pilet, and LMP1 regular Marc Lieb (34) share driving duties in the sister car.

Sven Müller and Connor de Phillippi are the 2015 Porsche Juniors

Porsche continues its successful youth development programme in 2015. Germany’s Sven Müller (22) and the American Connor de Phillippi (21) each receive funding of 200,000 Euro towards their Porsche Mobil 1 Supercup campaign. As the most talented representative from the international Porsche one-make series, Italian Matteo Cairoli (18) steps into the shoes of Earl Bamber and will also contest the Supercup. As in previous years, the former factory pilot Sascha Maassen will mentor the young drivers on and off the race track.

For the second time in the history of the Porsche Cup, a driver from the Netherlands has been awarded the prize as the most successful Porsche private driver. In 1970, Gijs van Lennep received the very first Porsche Cup. Today, Jaap van Lagen accepted the venerable Cup from Dr. Wolfgang Porsche, Chairman of the Supervisory Board at Porsche AG. After earning 5,010 points this past season, van Lagen (37) also takes home a new Porsche 911 Carrera S worth more than 120,000 Euro. Second-placed Matteo Beretta (20, Italy) is the recipient of 30,000 Euro, with Christian Ried (35, Germany) winning 25,000 Euro for third place.

Jaap van Lagen, who only took up racing at the age of 23, earned his points at the wheel of Porsche race cars in three series: In the ADAC GT Masters, the Blancpain Sprint Series and the VLN Long Distance Championship Nürburgring. Over the past years, van Lagen has attracted attention in Porsche one-make race series. In the Porsche Mobil 1 Supercup he finished the 2010 season ranking fourth overall.